9 Reasons Why Rain Is Still The Ultimate Oppa

Waking up to December is sweeter not only because Christmas and New Year are coming, but because there’s one more person that we’ve all been waiting for like a kid waiting for a gift from Santa — Rain. The multi-hyphenated world star has had a wonderful 2017: with his wedding to Korea’s top actress Kim Tae Hee at the beginning of the year and the birth of their baby girl just two months ago. It seemed like Rain was taking his time off to spend quality time with his family, but the tireless singer was, in fact, preparing for an epic comeback to end the year with a bang.

Here are nine reasons why he is still everyone’s ultimate crush!

1. He’s got the coolest stage name ever.

Let’s take this moment to appreciate his name “비,” which literally translates to Rain. First, it’s made for great recall, plus tons of references and puns that can last him a lifetime. He has used it in his songs, “Rainism,” “Rain is coming,” and to name his albums, “It’s Raining,” “Eternal Rain,” “Rain’s World,” and other rain-related phrases for his tours. His official fanclub name, “Cloud” is also a perfect fit. One thing’s clear: he has redefined the paradoxical meaning of bringing the heat onstage when it “rains.” 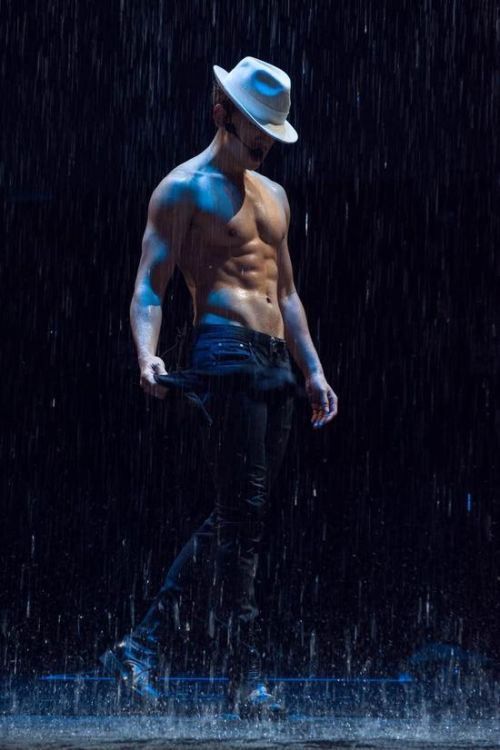 He’s the OG of beast idols before the term even existed. He has it all: best body, tall height, and irresistible charm. But most importantly, he carries himself with confidence no matter what everyone initially thought of his looks. In interviews, he always told the story of how talent agencies rejected him several times because he didn’t have double eyelids, but he didn’t let that deter his determination and his hard work led him to where he is today.

4. His voice is as smooth as butter.

Even with a manly demeanor and strong image, Rain can make any girl’s heart melt with his smooth, husky voice. His singing skill is very versatile as he can go from singing a melancholic ballad to singing a sweet, chill song, to a fast-paced hip hop track. Plus, he has released some of the best K-pop songs throughout his career. Who can forget the haunting sounds of “How to Avoid the Sun”? Or the romantic lyrics of “Love Song” and “I Do” that are enough to make anyone want to say it? And his other more recent songs “Hip Song” and “30Sexy” are so catchy and dance-able!

Rain has pushed the limits when it comes to his image, and he’s not afraid to be bold and daring.

He made us cry in “Sang Doo! Let’s Go To School,” both angry and sad in “A Love to Kill,” laugh in “Please Come Back, Mister,” and fall in love in “Full House.” Of course, these are just the tip of the iceberg when it comes to his impressive portfolio of Korean and Chinese dramas, movies, and Hollywood ventures like “Speed Racer,” “Ninja Assassin,” and “The Prince.” He’s definitely one of the acts who made big strides overseas and opened the doors for other Korean stars.

Rain has been linked with many other female co-stars and celebrities, but he was never really involved in any big “scandal.” He was able to keep his love life private until he met the woman of his dreams, Kim Tae Hee. He would always talk about her with a sparkle in his eyes and proposed to her by writing a song!

Rain may have had his ups and downs and is certainly not perfect, but through it all he has made it a point to be a good senior to up-and-coming idols. This can be seen in how he produced MBLAQ and more recently in the idol-making show “The Unit.” He shows a strict and stern side while training the hopeful idols and teaching them about professionalism, but becomes like a big brother to them when he offers advice and motivation about achieving their dreams and keeping their feet on the ground.

The staff of the show revealed their praises of him as mentor, saying, “Rain would be the one to approach the contestants and help them relax. He’d share words of encouragement and relieve the tension from the room. Rain is currently forming strong connections with everyone, going beyond the normal mentor-contestant dynamics.” 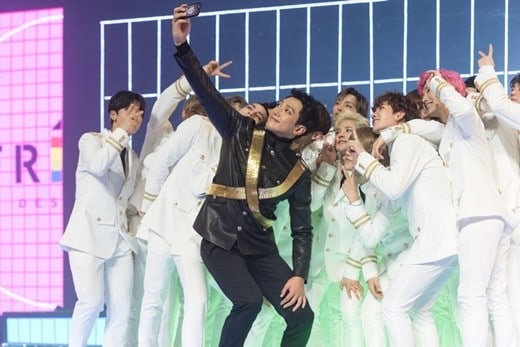 He is simply irreplaceable.

With his December comeback, Rain is once again showing his all-around skills. He showed his passionate side in his new song called “Goodbye,” a collaboration with Urban Zakapa’s Jo Hyun Ah, and brought his fierce side once again in “Gang.” He keeps on proving that he can only get better with age, and we can be sure to see a different Rain every single time!

Check out his MV for “Gang”:

Also catch him in “The Unit”:

What do you love most about Rain? Let us know in the comments below!