9 Reasons You Need To Stan PRISTIN

Named one of the top three girl groups for brand reputation in April, PRISTIN has already captured the hearts of many with their recent debut. But if “Wee Woo” still hasn’t won you over, get ready to become a stan when you check out even more reasons to love the new girl group below!

PRISTIN may have only officially debuted a month ago, but make no mistake: they’re not your average rookie group. The girls have been active in the K-pop scene for years now, and it definitely shows. 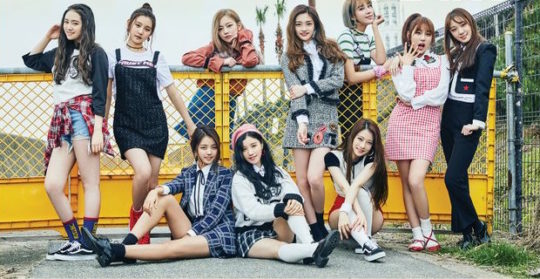 Just last year, seven of the ten members appeared on “Produce 101” — where they performed a killer cover of After School’s legendary hit “Bang!”

PRISTIN members Nayoung and Kyulkyung even surpassed the heavy competition to make it into the final “Produce 101” project group, promoting as I.O.I members long before their official debut. 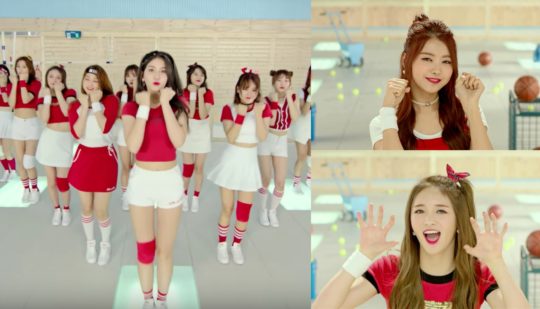 In addition to this, PRISTIN also collaborated with SEVENTEEN label mate Vernon for the single “Sickness” and even released their own pre-debut single “We” last year.

2. They write and compose their own songs.

Following in the footsteps of their brother group SEVENTEEN, the PRISTIN members have an active role in the creative process for their songs. All 10 members are credited with some part of lyric or music creation for the songs on their debut mini album. Talk about talent!

Every member of a K-pop group serves a purpose. Whether they’re the lead dancer, lead vocalist, or the rapper, each member of a group plays a specific role. Except in PRISTIN. Unlike most groups, PRISTIN doesn’t have set roles for their group members. This is because the members are not only extremely talented at singing or rapping, but they’re capable of excelling at both.

Look at member Rena, for example. In a regular group, she could easily play the lead rapper. Check her rap skills out in this clip from her “Produce 101” performance below.

But if Rena’s only confined to that one role as rapper, we’d never get the chance to see how truly amazing she is as a singer. Just listen to her sing Adele’s “Rolling in the Deep” (flawlessly) for her Dream Vocal audition.

Having no fixed positions allows the members to display all of their talents at once. This definitely gives the girls more opportunities to be known as well-rounded, multi-talented artists in the future.

As part of their debut project, PRISTIN dropped a ton of stunning group covers of songs such as f(x)’s “Rum Pum Pum,” I.O.I’s “Very Very Very,” and Girls’ Generation’s “Catch Me If You Can.” Check out their full vocal and dance cover of label mate SEVENTEEN’s debut song “Adore U” below.

In addition to their full group covers, PRISTIN has also released solo and duet covers of major hits.

Members Sungyeon and Kyulkyung put their spin on Corinne Bailey Rae’s “Put Your Records On” and Justin Bieber’s “As Long As You Love Me” in their remarkable duet cover below.

Yehana showcased her powerful vocals in this solo cover of Sia’s “Chandelier.”

And Xiyeon shows you exactly why PRISTIN is a group with no fixed positions in her Korean rap and vocal cover of Becky G’s “Shower.”

5. Their stage presence is AMAZING.

You’ll never watch a PRISTIN performance without a smile on your face. Just by their bubbly energy and smiles alone, you can tell they really love what they do. Their happiness is infectious. Pair that with their mega talent, and you’ve got the recipe for incredible stage presence.

6. They attend their fan signings… as their own fans.

PRISTIN have yet to make an official variety show appearance as a full group, but that hasn’t stopped them from bringing their hilarious antics to their “HICAM” web series. Kyulkyung makes the group’s first fan signing event even more memorable (and entertaining) when she plays the role of a fan to greet her fellow members.

Their hair flips in “Wee Woo” are majestic, honestly.

An art form we could only hope to master half as well as they have.

At first glance, PRISTIN may appear as the average girl group with a cute concept. But they’re more than that. If their performances of “Black Widow” are any indication, it’s that PRISTIN is capable of matching multiple concepts well.

9. And they have so many more talents to show in the future.

It’s only been a month since their official debut, and yet PRISTIN has already proved themselves as a well-rounded, self-composing idol group. The girls are ready to take the world by storm. We can’t wait to see what new talents and songs they bring in the future. 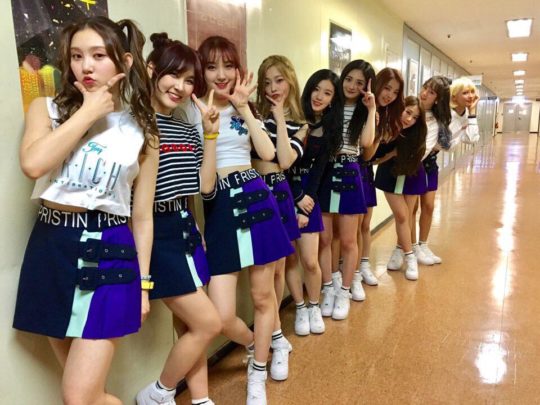 What do you love about PRISTIN? Let us know in the comments!

brookenicole writes from YG’s basement until her (indefinitely) postponed debut. You can find her on Twitter.