The newest episode of “Running Man” featured a glimpse of an unexpected guest.

On the episode that aired on April 23, Jeon So Min formed a team with Yoo Jae Suk and Ji Suk Jin, and she was showing off her quick adaptability to the show. As they were at the airport preparing to leave for Osaka, viewers spotted a familiar face in the background. 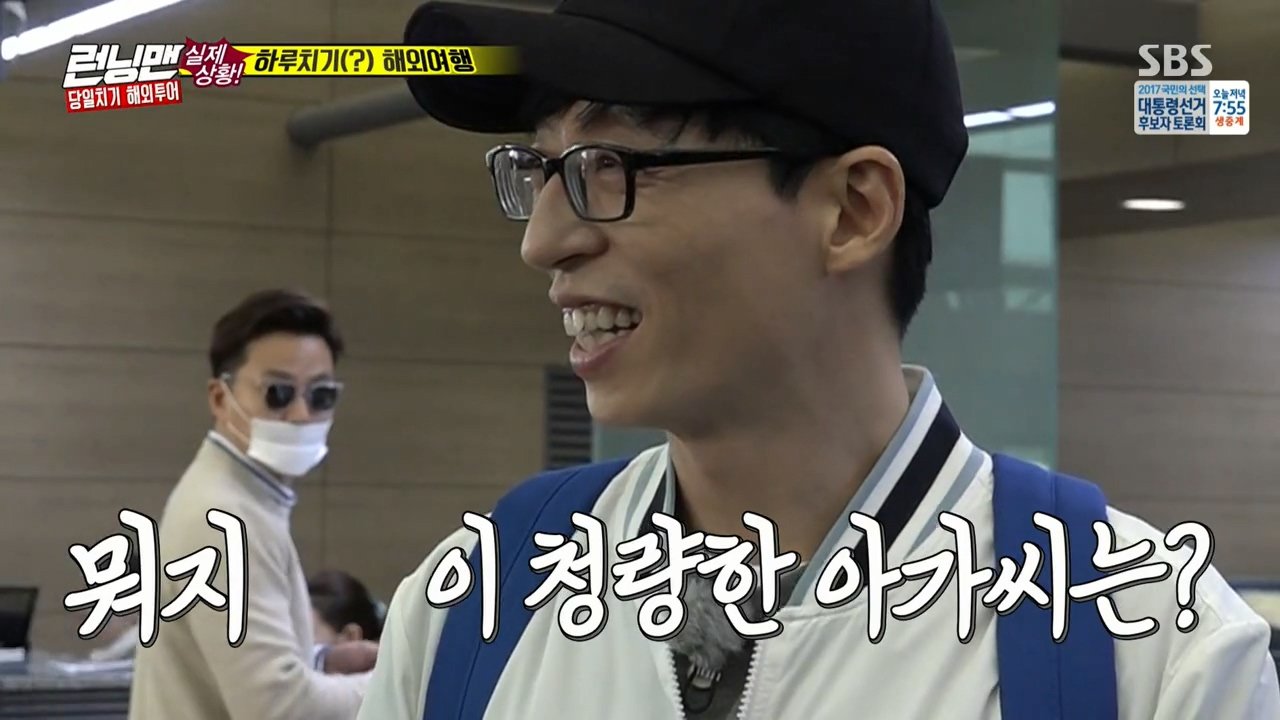 It turned out to be actor Lee Seo Jin!

As the captions did not mention his appearance either, viewers believe that even the production team was unaware of his presence.

Watch the latest episode of “Running Man” on Viki to catch the funny moment!