Actors Who Made Our Blood Run Cold With Their Villainous Roles

Villains in melodramas include interfering mothers, abusive fathers, and fiancé(e)s who will protect their arranged marriage at all costs, while villains in rom-coms are usually twisted bosses, ex-partners out for revenge, or the mean girl/boy at school. (Sometimes all in one!)

But with the popularity of thrillers, mysteries, and detective/prosecutor stories in recent years, the number of chilling psychopathic villains have also gone up. Here are some examples of actors who have made our blood run cold with their villainous roles:

Warning: This article may include spoilers. 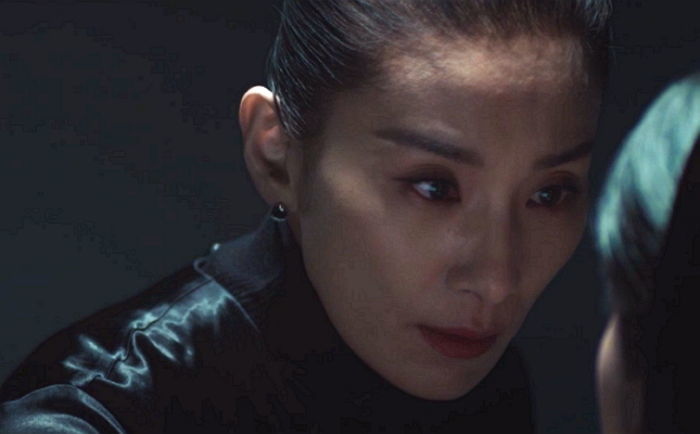 In this amazingly popular black comedy about a group of women (and their husbands) who will stop at nothing to give their children an advantage in the competitive, cutthroat world of elite academia, Kim Seo Hyung stood out as the villainous entrance exam coordinator Kim Joo Young.

She advocated methods that turn children against their parents, sometimes in shockingly violent ways, cheated in favor of certain children over others, and didn’t stick at anything to cover up her crimes. 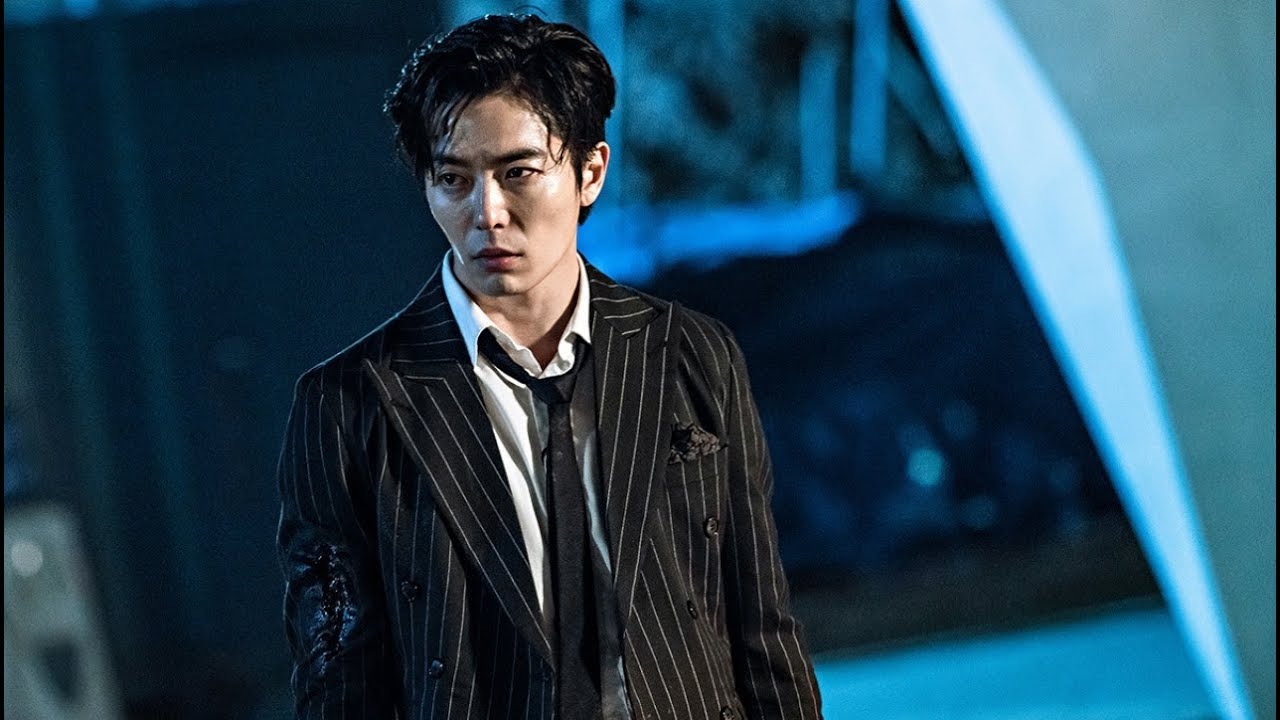 On the outside, his character was a beautiful, wealthy young man at the head of a successful company, but his handsome face hid a completely psychopathic interior. Not only was his character a serial killer, but he took aesthetic pleasure in killing his victims and had a bit of a God complex about himself. 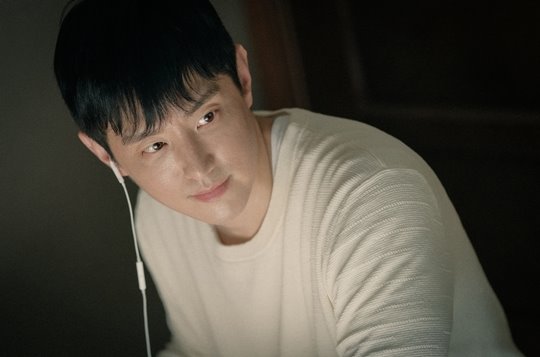 Given OCN’s skill at making thrillers, and the unique plot of the “Voice” series in particular, it’s no wonder that they produce great villains! Kwon Yool took over for Kim Jae Wook as the new serial killer in the second season of “Voice 2.”

Kwon Yool played a character named Bang Je Soo, whose affable exterior hid an intelligent murderer. He killed other people because of a traumatic incident in his childhood (this is a common motivation for many of the villains on this list). Not only did he kill people in cruel ways, but he would also collect their body parts. 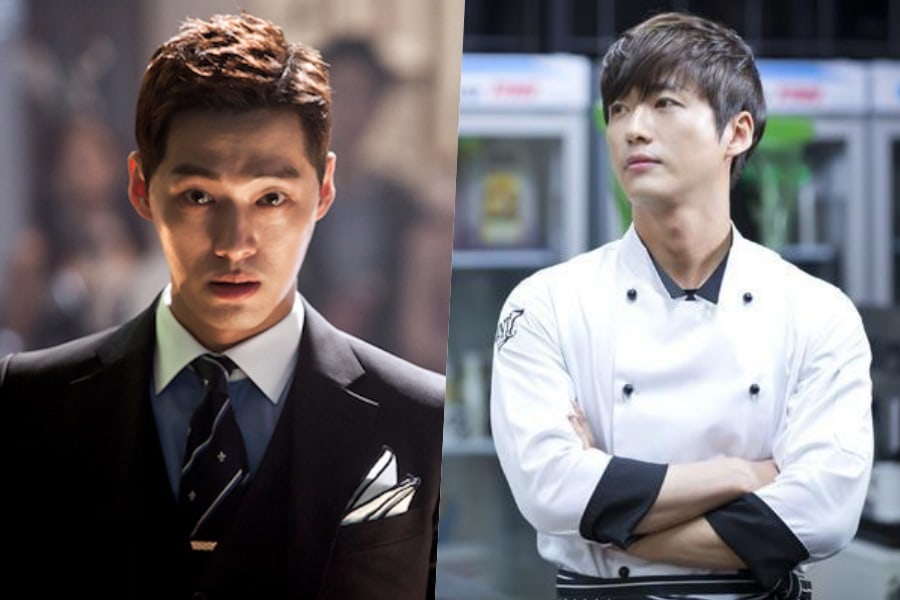 Namgoong Min was such a successful villain in his early roles that it was a surprise to most people to see him turn his image around as the hero of lighter rom-coms and comedies such as “Chief Kim” and “Dear Fair Lady Kong Shim.”

He is known for two villain roles in particular: Nam Gyu Man in “Remember” and “The Girl Who Sees Smells.” In “Remember,” he played a rich CEO whose anger management problems lead to explosive episodes that can leave people who bother him dead. His character is so extreme that his company even has a separate legal team to deal with his issues.

In “The Girl Who Sees Smells,” on the other hand, he played a psychopath who carefully disguised himself as a chef. His ability to hide his true intentions and frustrating ability to elude the people trying to pin him down for murder made him one of the most memorable villains of the season.

Watch “A Girl Who Sees Smells” below: 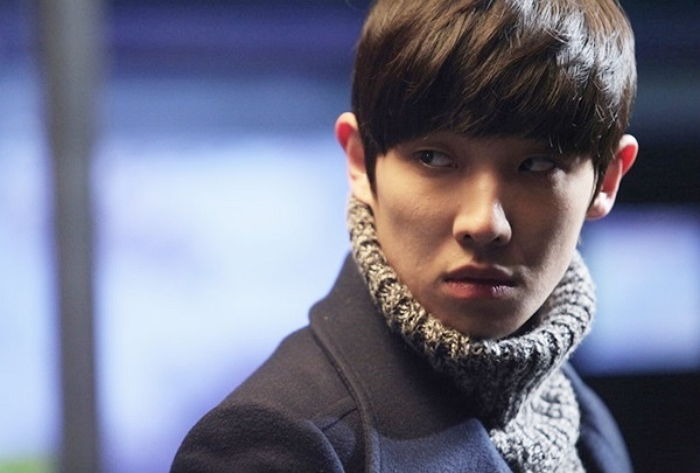 While it is common for new actors to take on love interest roles in rom-coms or family-focused melodramas, the ability to play a truly chilling villain can make you stand out in the crowd.

In the tvN drama “Gap Dong,” which is about a serial murder case in the fictional city of Iltan, Lee Joon plays the psychopath Ryu Tae Oh. Despite his ordinary appearance – he worked as a barista – Ryu Tae Oh was a former prison psychiatric hospital inmate, had an extremely high IQ, and became a copycat criminal due to his admiration of the serial killer Gap Dong.

Shin Sung Rok (“My Love From the Star”) 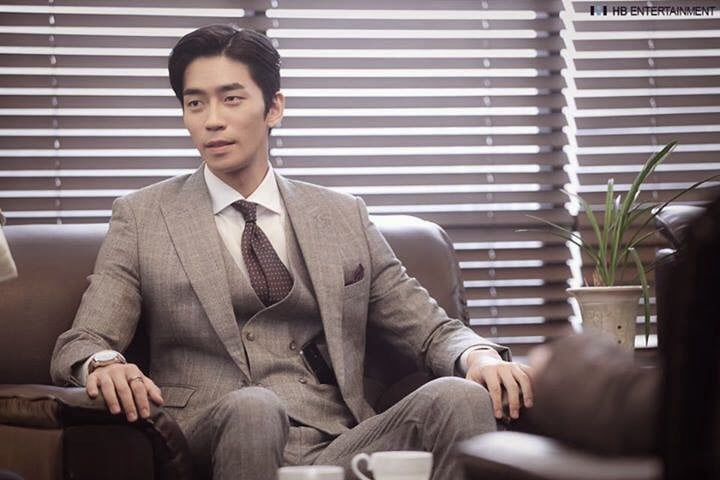 This role put Shin Sung Rok on the map – and he played the villain so convincingly that it took a few different projects for viewers to see him in a potential hero role instead. In fact, the actor continues to play a number of memorable villainous roles, including his most recent project “The Last Empress.”

His character in “My Love from the Star,” Lee Jae Kyung, was another example of a killer hiding in plain sight. His emotionless, almost playful smile right before he committed crimes, as well as his famous ring, induced chills in viewers worldwide.

Watch “My Love from the Star” below:

Jung Woong In (“I Hear Your Voice”) 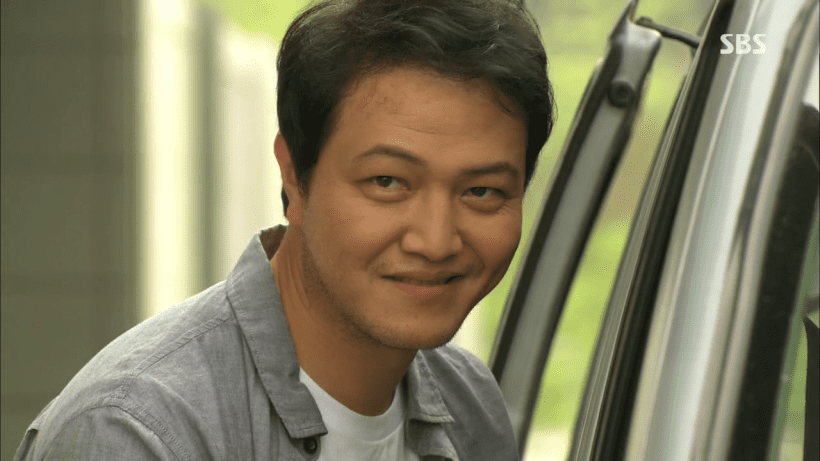 Veteran actor Jung Woong In played Min Joon Gook, the murderer of the main character’s father and the one who precipitated the entire series of events that make up the drama’s plot. He is also an arch-nemesis who knows the main character’s secret and frequently uses it to his own advantage, despite having already been imprisoned and punished for his crimes.

Watch “I Hear Your Voice” below: 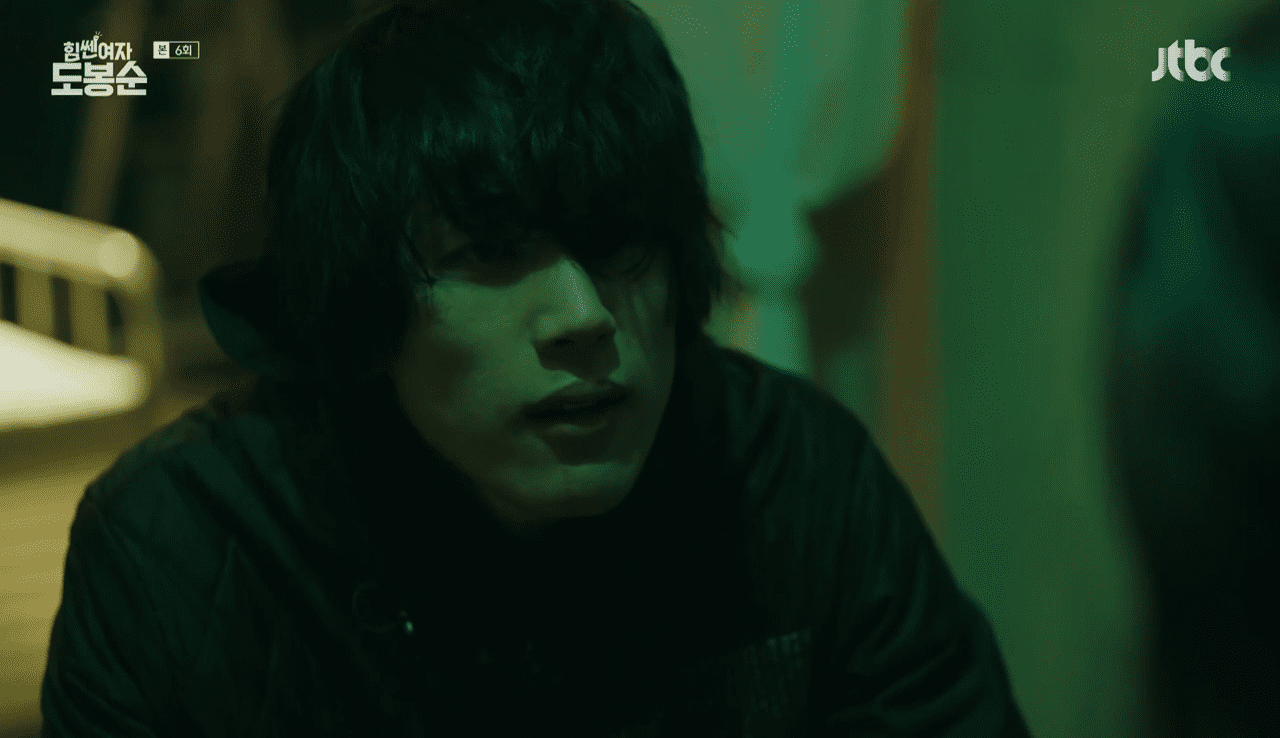 Jang Mi Kwan left a strong impression on viewers with his role as Kim Jang Hyuk, a psychopath with antisocial disorder and a very twisted obsession. While murder is a common theme on this list, Kim Jang Hyuk edged into even darker territory with his kidnapping and torturing of young women. The villainous role was even more impressive considering this was Jang Mi Kwan’s debut drama. 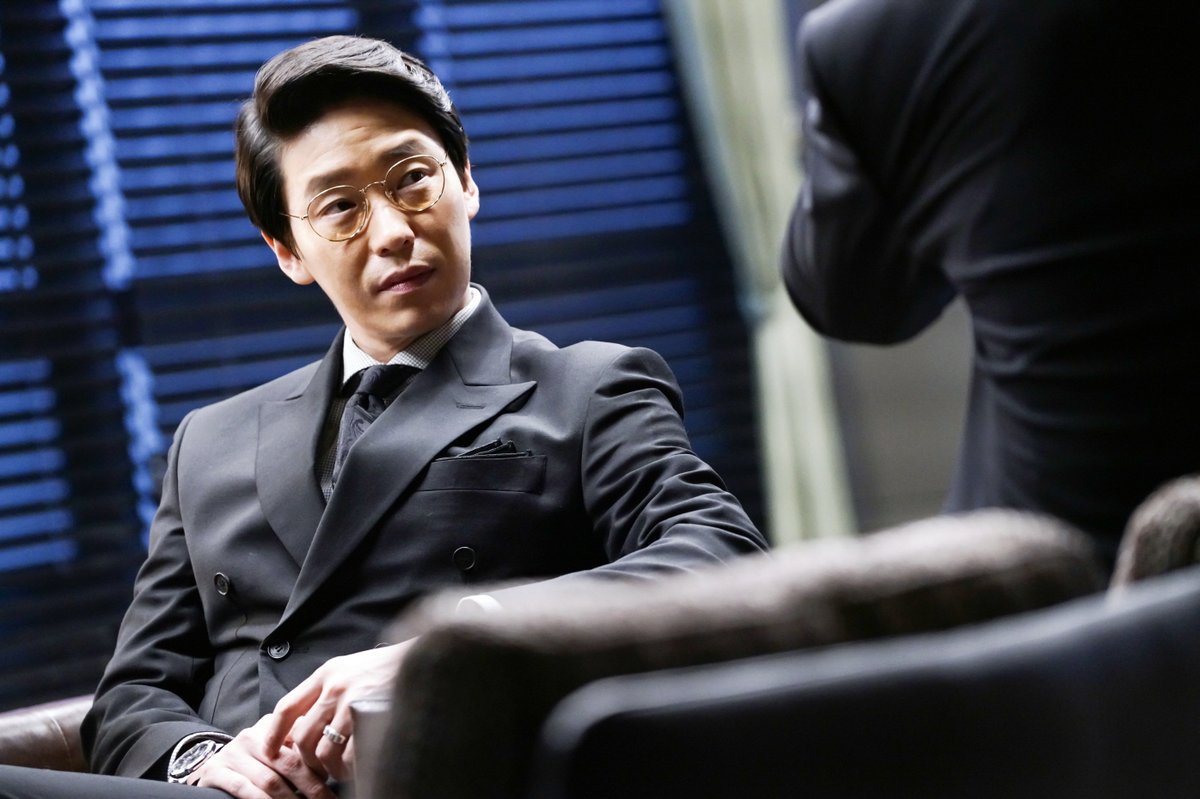 Cha Min Ho, who suffered from parental abuse and constant comparisons with his twin, eventually turned into a psychopathic maniac who killed people ruthlessly, killed his own brother, broke an athlete’s hands, and was completely unable to sympathize with other people’s feelings.

What are some other K-drama villains who have sent shivers up your spine?