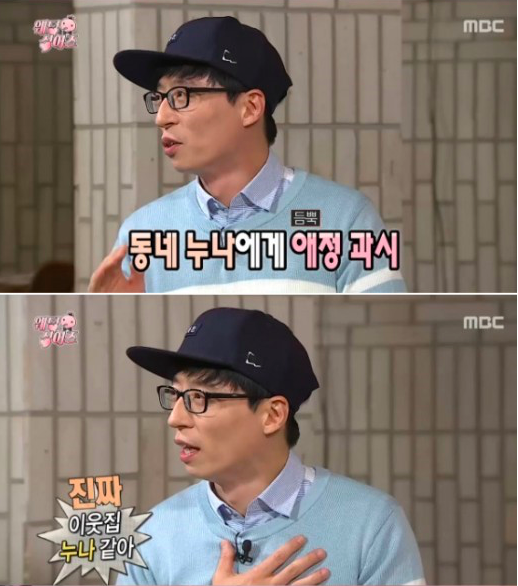 “She’s like a very close neighborhood older sister,” Yoo Jae Suk said. “We met two years ago through a Kim Young Chul parody.” Kim Hee Ae is Yoo Jae Suk’s partner in the “Wedding Singers” challenge, having performed the song “Don’t Forget Me” on a TV program in 1987. 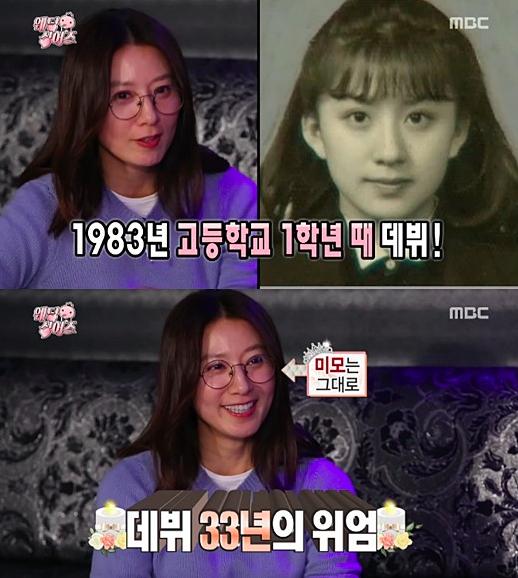 Later in the show, Kim Hee Ae revealed that she debuted in 1983, during her first year of high school. Her black-and-white high school photograph is shown onscreen and Yoo Jae Suk compliments on her unchanging face. This year marks the actress’ 33rd year since her debut, an impressively long career in the industry.