On the morning of October 21, Park Min Young left for Shanghai, China through Incheon International Airport for an overseas schedule. 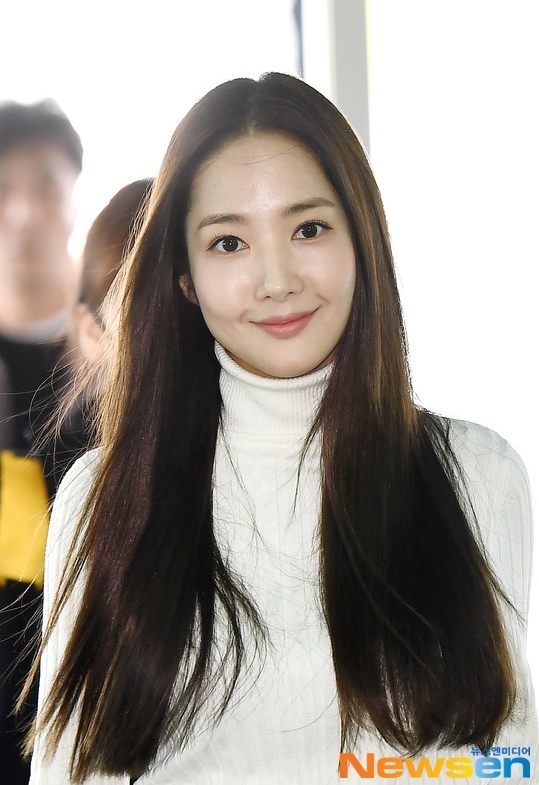 The actress was a refreshing beauty as she smiled happily for photographers as she walked through the airport. 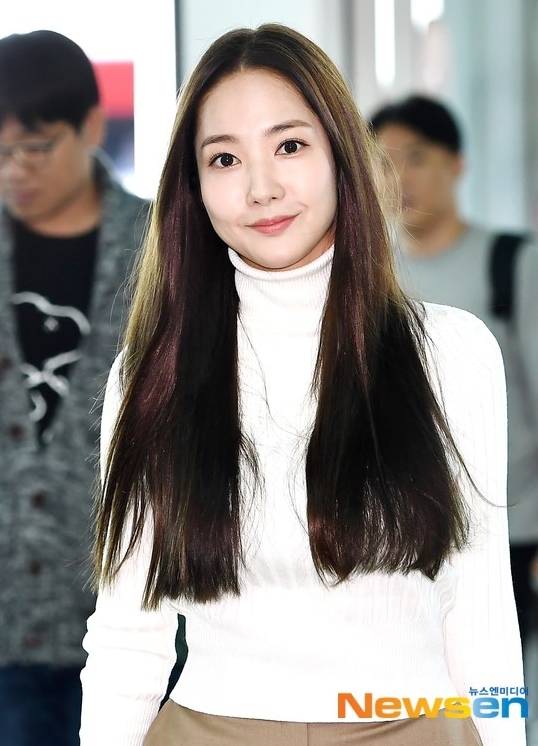 Aside from her talent, Park Min Young is known for her exceptional beauty and smile that is brighter than the sun. Her smile is so genuinely happy that you can’t help but smile in return when you see it. 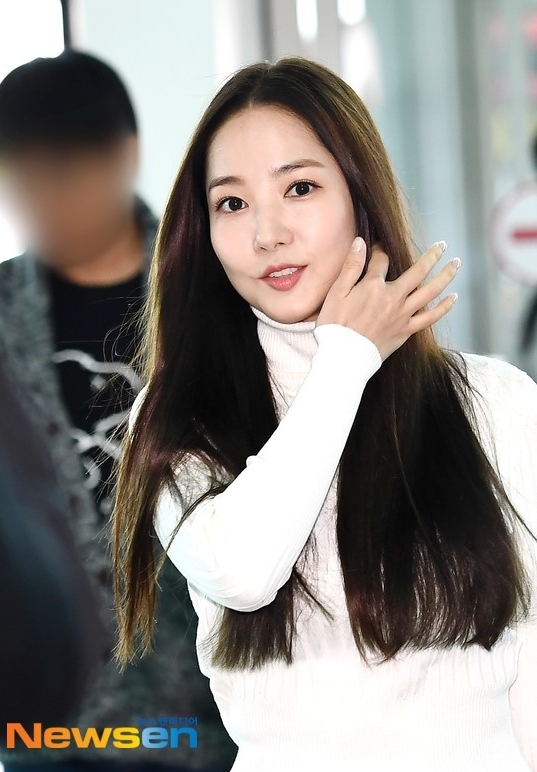 There are few people who look flawlessly chic when traveling, so it’s no small wonder that she excelled in her role as Miso, the perfect secretary, in What’s Wrong With Secretary Kim? which is soon to be released on Blu-ray and DVD in Japan. 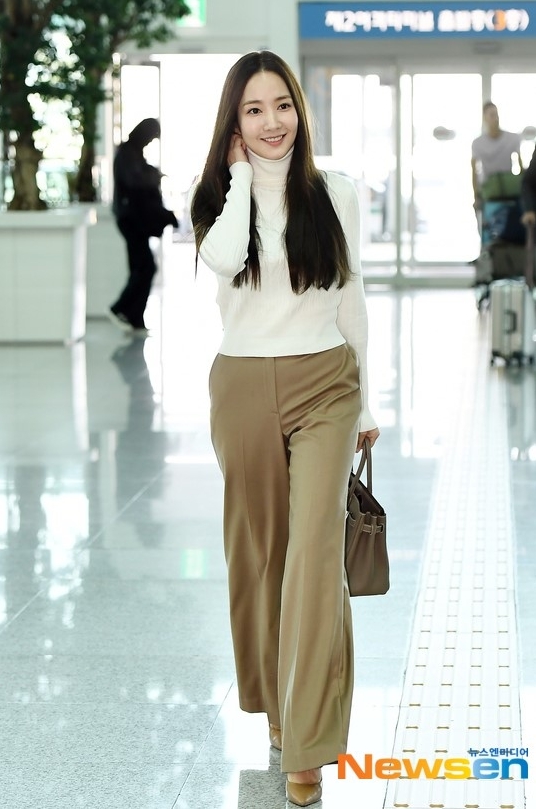 Park Min Young will next appear in the second season of Busted! on Netflix alongside EXO‘s Sehun. And, in 2020, she will appear alongside Seo Kang Joon in JTBC‘s new drama I’ll Visit You If The Weather Is Nice. 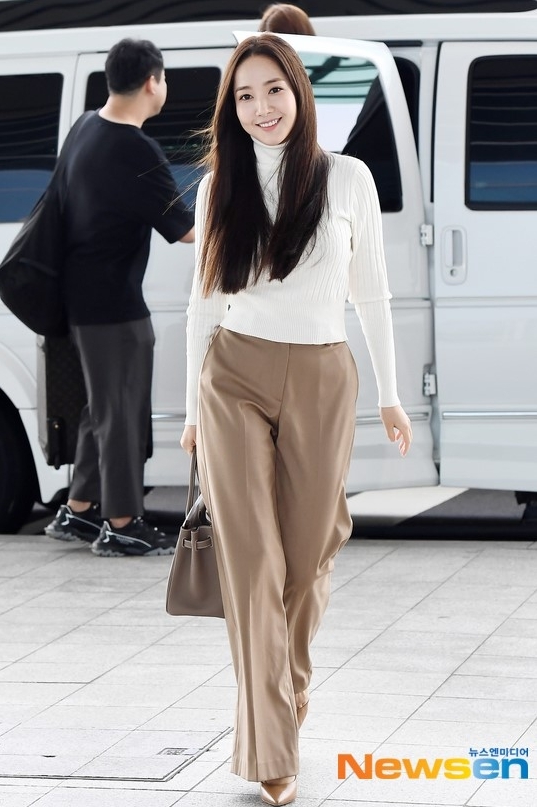 Until the release of her next project, fans can tide themselves over with photos of the natural stunner.