Recently, the OCN documentary, Yoon Story aired on TV as many actors and actresses revealed how they felt about Youn Yuh Jung being nominated for an Oscar. 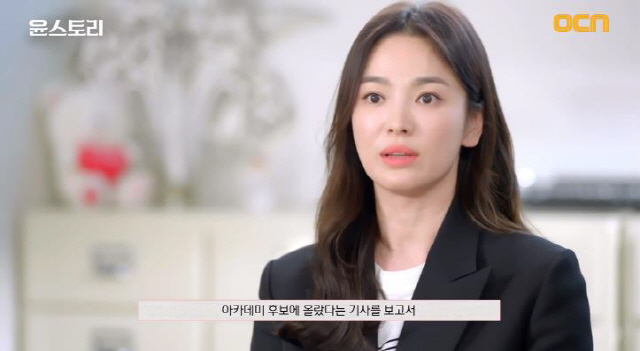 Actress Song Hye Kyo, who first met Youn through the movie Hwang Jini, revealed, “When I saw the news that she was nominated, I was so happy I had goosebumps. I was so happy that I screamed. So I sent her a text that said, ‘Congratulations’, but she replied, ‘I’m passed out’. I thought to myself, ‘This is totally her style of text messaging’.” 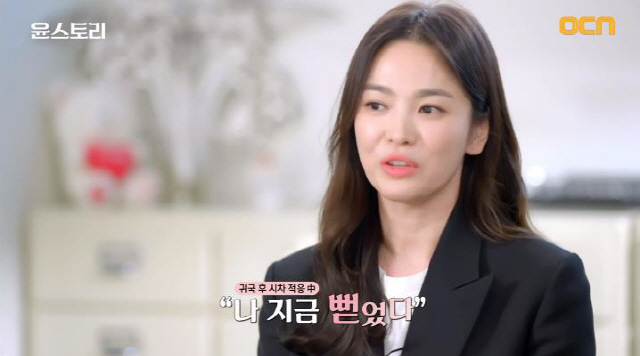 I sometimes have a glass of wine with Youn Yuh Jung. Recently, we talked a lot about life. She’s really cool. Sometimes I wonder how her mind is even younger than the new generation. It actually makes me feel older sometimes. 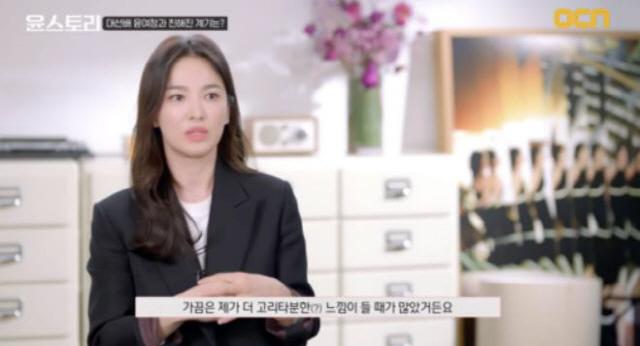 She expressed that she would like to meet with Youn more often because of how much she laughs when they are together.

I always laugh a lot when we meet and I also noticed that my wrinkles lines become more prominent when I come home. This made me want to meet her more often. 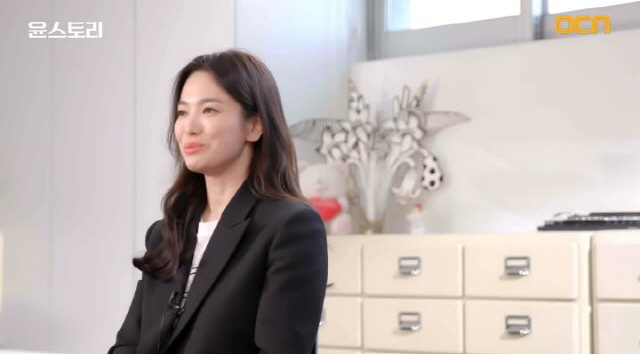 She also stated that she would watch anything that Youn appears in because she is such a free and cool spirit.

I think she is such a free-spirited person. She has a lot of charisma and is really cool. She is able to do both movies and variety because it’s her. As a fan, I will watch variety or anything else that she does.

When asked who Youn is to her, she replied, “I first worked with her when I was 20 and I was only able to meet her twice. I received a lot of healing after filming ‘Hwang Jini’ with her. I always had a good time because she always has fun stories to tell. 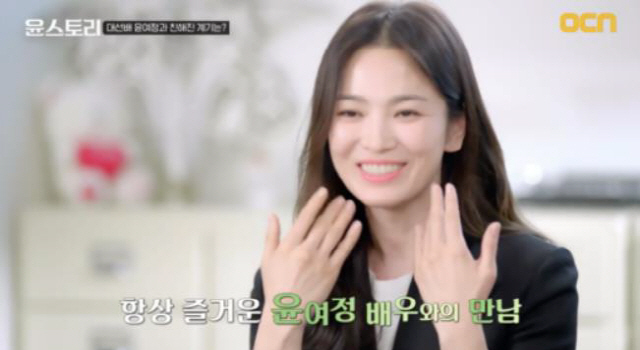 Other actors including Jeon Do Yeon, Lee Jung Jae, Han Ye Ri, and others also gave their thoughts about Youn in the documentary.