In the drama “Switch,” the actress plays female cop Kang Mi Ran who is in charge of the front desk at Seoul Central District Prosecutors’ Office. Sa Do Chan, who is one of the two characters Jang Geun Suk plays in the drama, calls her “Pretty Mi Ran.” Thanks to the nickname,  she has become the “scene stealer” of the drama.

Yoo In Ae gratefully said, “I don’t have a lot of parts, but thanks to the writer and director giving me the beautiful nickname of ‘Pretty Mi Ran,’ I always enjoy filming.”

She also expressed her thankfulness to Jang Geun Suk, saying, “Not only does Jang Geun Suk call me ‘Pretty Mi Ran’ in the drama, but he also greets me first with that nickname in real life, and he treats me very kindly. At first, I was too shy to respond properly, but he always calls me that comfortably and takes care of me well. He has a handsome face and a handsome personality.”

Yoo In Ae also shared, “One time, he said to me that he told the writer that I’m the greatest actor who has been cast in this drama, which shocked me. He was telling me this out of encouragement, but I was extremely touched.” Because of Jang Geun Suk’s careful consideration, not only the members of the “Switch” cast and crew call her “Pretty Mi Ran,” but her family members and friends do as well.

The actress also talked about how nervous she feels every time she films. She said, “I’m nervous, but it’s a good kind of nervousness. I can’t help but feel that way because of the good team work between Jang Geun Suk, other actors, directors, and the crew. I’m lacking a lot, but I gained a lot of confidence while working with such a good team. I’m grateful to everyone.” 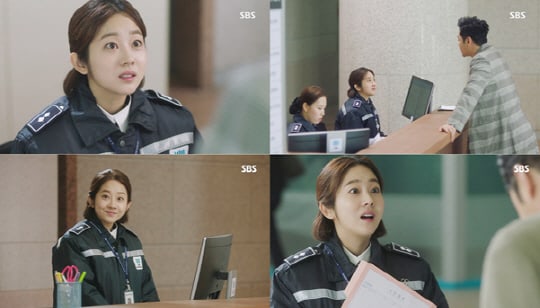 “Switch” tells the story of a genius conman pretending to be a prosecutor who looks just like him in order to take on the evils of society. The drama airs every Wednesday and Thursday at 10 p.m. KST. Check out the latest episode below!