tvN’s “Youn’s Kitchen” has received criticism about its levels of sanitation and actress Yoon Yeo Jung has stepped up to clear up all rumors once and for all.

During a recent interview, Yoon Yeo Jung addressed the criticism she has been receiving because she is always seen wearing white rubber gloves on the show. 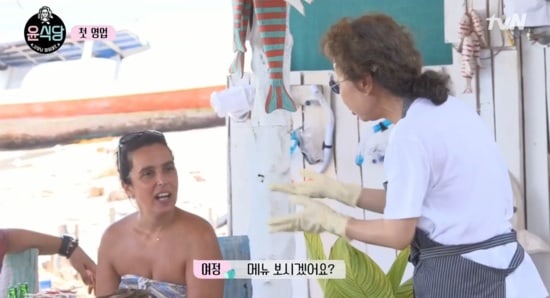 She firmly said, “I want to let everyone know that I continuously switch out gloves in the kitchen. I barely have fingerprints. A scientist told me it’s because my skin became soft with age. I always wear gloves when I work because I’ll ruin my hands if I don’t.”

The actress explained, “Even my friends who watched the show told me, ‘Take off your gloves. Why can’t you [take it off] for even a minute?’ and bothered me about it so much.”

The actress declared, “I decided not to appear on variety shows anymore. I might change my mind if Na Young Suk asks me to work together again, but I’m determined this time.”

She became frustrated and stated, “If people say ‘Your acting is not good,’ I can just do better next time. But [variety shows] expose me just as I am and don’t allow me to hide anything. I am done with variety shows this time.”