Kang Han Na and Kyung Soo Jin brought the laughs as their competitive sides surfaced in the latest episode of “Running Man.”

The episode of “Running Man” that aired on December 10 featured guest appearances by the two actresses. When they appeared, the cast greeted them by saying, “How long has it been since we last saw each other?” as they had both appeared in past episodes. However, Ji Suk Jin couldn’t remember their faces so he had everyone laughing during the race when he politely greeted his partner Kang Han Na with a, “It’s nice to meet you for the first time.”

Both Kang Han Na and Kyung Soo Jin had the cast laughing as they showcased their wit, unexpected charms, and competitive personalities. During the “Song Ji Hyo” game, Kang Han Na asked Kyung Soo Jin to list three people in the cast she didn’t like, and her quick reply of “Yang Se Chan, Yoo Jae Suk, Lee Kwang Soo,” left those three looking a little dumbstruck by the speed with which she answered. They even shouted out, “At least pretend like you had to think about it!” 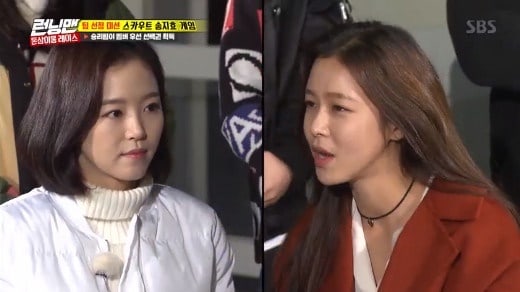 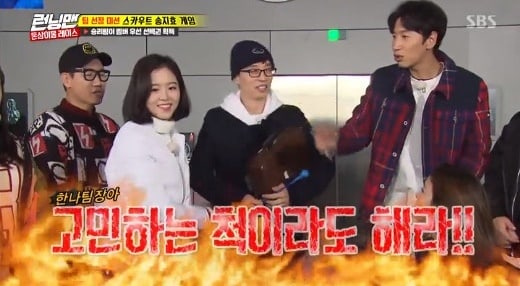 Kang Han Na also had everyone breaking out into peals of laughter with her comical dance during a dance break in the episode. She was so into it that at one point, the cast started asking if it was okay for her image to be letting go so much, to which she just kept dancing even harder. 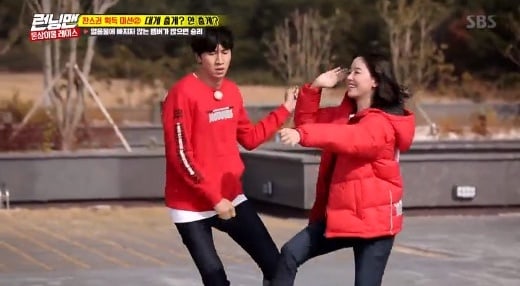 The two actresses also didn’t hold back when things got physical in the final game and they had to try and steal each other’s shoes to get an advantage. They did their best for their teams, with varying degrees of success. 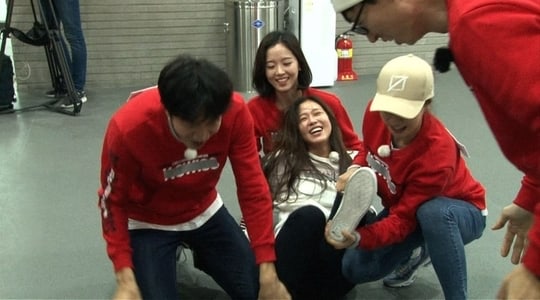 To see Kang Han Na and Kyung Soo Jin and their entertaining appearance on “Running Man,” check out the latest episode below!

Thanks to Jinhee for the tip!