Aespa Reveals Which Member Is Perfectly Suited For Their Song “Forever”

Aespa talked about their latest song, and revealed which member is perfect for it!

In the next segment of their “Forever Fairies” series on YouTube, aespa sat down together to play a few games, one of them being a game where they tested how well they know each other! 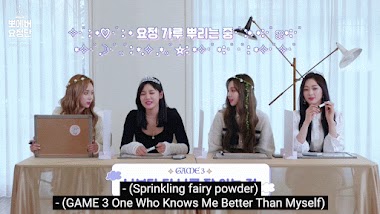 The first question of the game centered around their latest release “Forever”, and the girls were asked to pick which member suited the soft, romantic concept of the song!

“Forever” is best-suited to which member? 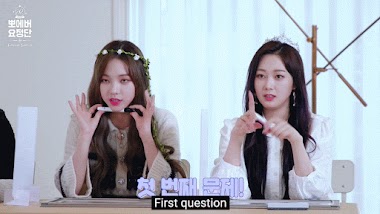 As they all wrote down their answers, the end result was unanimous: the member best-suited for “Forever” was none other than Winter! 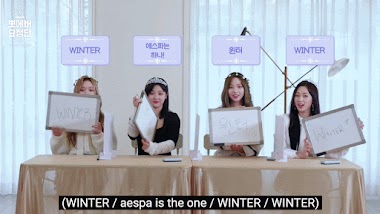 And they all gave their reasoning behind it! Winter revealed that she chose herself, because the song was about winter, thus making it the perfect song for her!

I wrote Winter, because the song is about winter! And because my name is Winter. 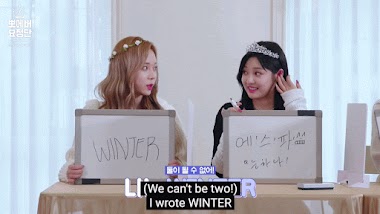 Karina revealed that she chose Winter because compared to the hard-hitting vibe of “Black Mamba”, the soft and vibe of “Forever” fit Winter more! She even cutely teased Winter, exposing her for calling herself “white and pure”!

I chose Winter. Because “Black Mamba” was a bit of a fiercer song, but “Forever” is a heartwarming song~ I chose Winter who calls herself pure…

“Since I’m very white and pure, my stage name is Winter!” 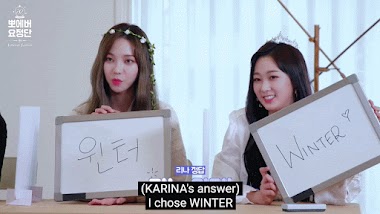 Giselle also chose Winter, sharing that she chose her because Winter’s warm, honey vocals fit the dreamy concept of the song perfectly!

I chose Winter, because her voice sounds very warm. I’m sorry [for the sudden compliment], but it’s so good! I love Winter’s voice! Maknae Ningning, who initially chose all of aespa, then hilariously modified her answer quickly to reveal her choice to be Winter as well! 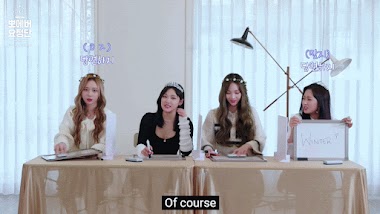 Watch them talk about the song here!