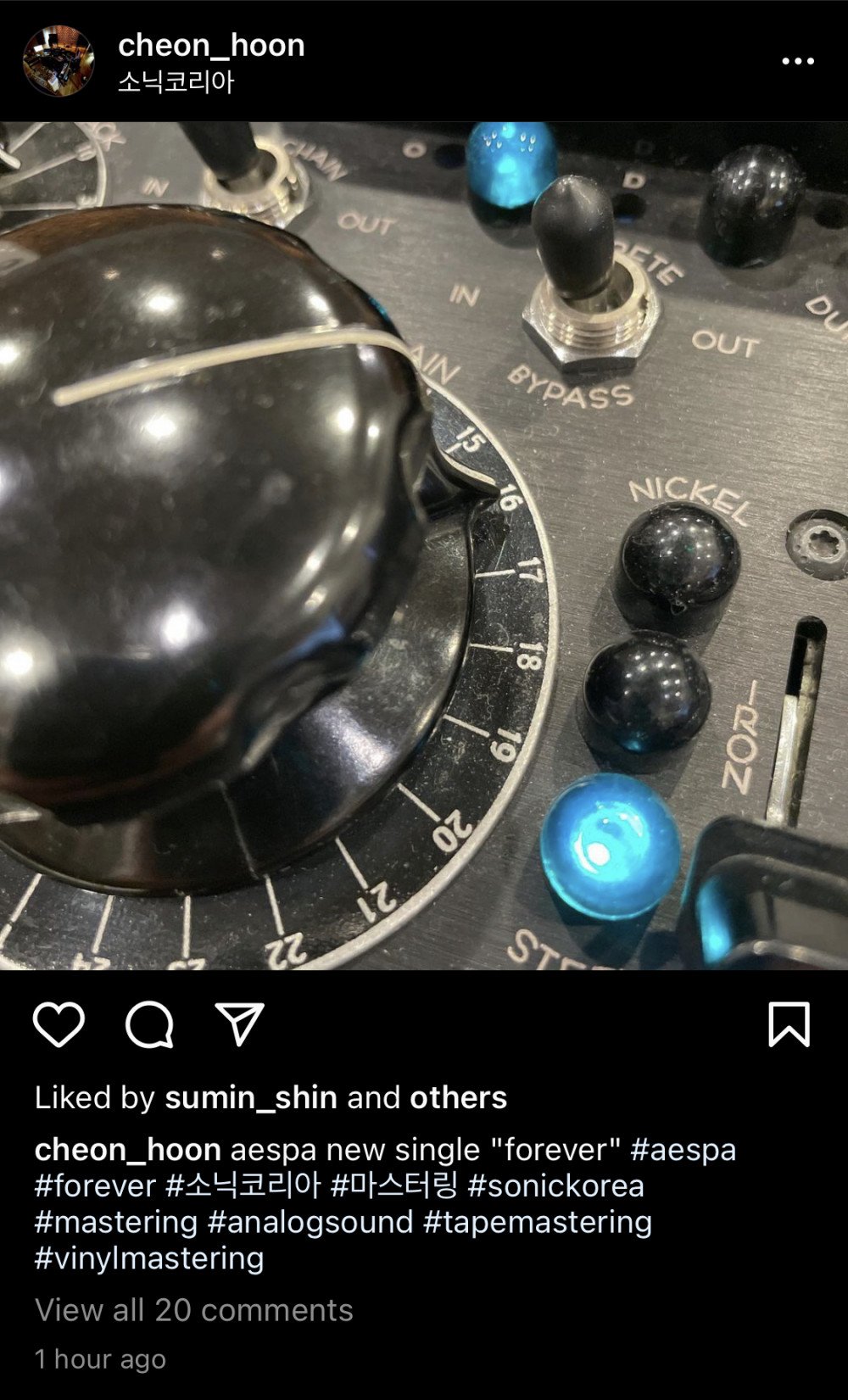 As seen above, the post says “aespa new single ‘forever’ #aespa #forever”. He has since deleted the post which made fans even more curious as it suggests that he probably put it out by mistake.

Eagle-eyed fans realized that the song could possibly be the song “Forever” which is a currently unreleased track for SMTOWN‘s STATION X 4 LOVEs for Winter. As “Coming Home” was released by NCT U, “This is Your Day” by various SM Entertainment artists, and “White Winter” by Super Junior‘s Heechul and Lee Soo Geun (under Woojoo jjokkomi), leaving “Forever” open.

Mastering is a term that generally describes the process a song or album goes through to prepare it for distribution whether it be tweaking the mixing, balancing the sound, etc. Essentially, putting on the final touches. Could this mean an aespa comeback is on its way?

New 11-Member Boy Group OMEGA X, Made Up Of ONLY Survival Show Contestants And Current Idols, Set To Debut