Akdong Musician’s Lee Soo Hyun Talks About Being Beauty YouTuber, Growing Up In Mongolia, And More

Akdong Musician’s Lee Soo Hyun opened up about her beauty YouTube videos, childhood in Mongolia, and her debut story.

On the April 2 episode of Olive’s “TALKMON,” Lee Soo Hyun mentioned her brother Lee Chang Hyuk’s military enlistment, saying, “I thought I would be really lonely after he went into the military. I thought I would cry a lot when I sent him off, so I brought a lot of tissues, but I actually couldn’t cry.”

Lee Soo Hyun also talked about the reason she became a beauty YouTuber. “I heard that agencies make you do plastic surgery before you start your career. So when I signed my contract with YG Entertainment, I told them I don’t want to do plastic surgery, and they laughed as they told me they wouldn’t make me do it. So I thought about how I could get pretty without plastic surgery and came up with ‘self plastic surgery.’”

She added, “Women change a lot through diet and make-up. That’s why I tried doing at home the makeup my makeup artists did for me, and I began to become skillful with it. So I started a personal YouTube account.” 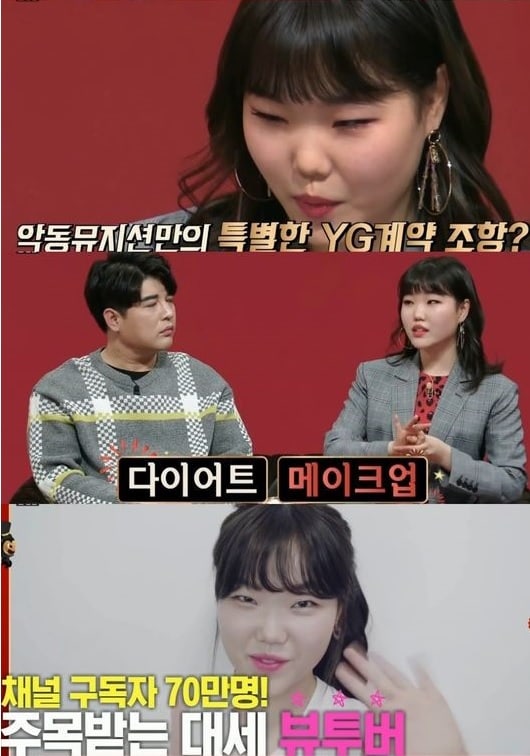 Lee Soo Hyun also opened up about her birthplace. She explained, “Our parents were missionaries, so we were born in Mongolia. We were homeschooled, and one day, our parents told us not to study and to do whatever we wanted to do. Perhaps they thought we had no hope in studying. After that, my brother learned the guitar, and I learned the piano.”

Lee Soo Hyun mentioned the show “Star King,” which became the kickoff for her dreams as a singer. She revealed, “I was watching ‘Star King’ when a girl named Shannon came out. Her voice was so beautiful, I said I wanted to do it, too. While I was temporarily in Korea for a visa issue, I took part in an audition, and eventually, my brother and I stayed in Korea.”