On November 10, Lee Soo Hyun appeared as one of the guests on the show and revealed that her nickname is “Mochi Peachy.”

She explained, “Since we’re a duo and of opposite genders, people think that there may be many things to be uncomfortable about, but we get things done faster. When we’re busy, we can look the other way when the other person changes and things like that.”

Super Junior’s Kim Heechul then brought up the time when Lee Soo Hyun held a live broadcast and Lee Chan Hyuk walked in without his shirt off. She made everyone laugh by explaining, “The thing about that is, his shirt wasn’t the only thing that he wasn’t wearing. So that’s why I quickly covered [the camera].” 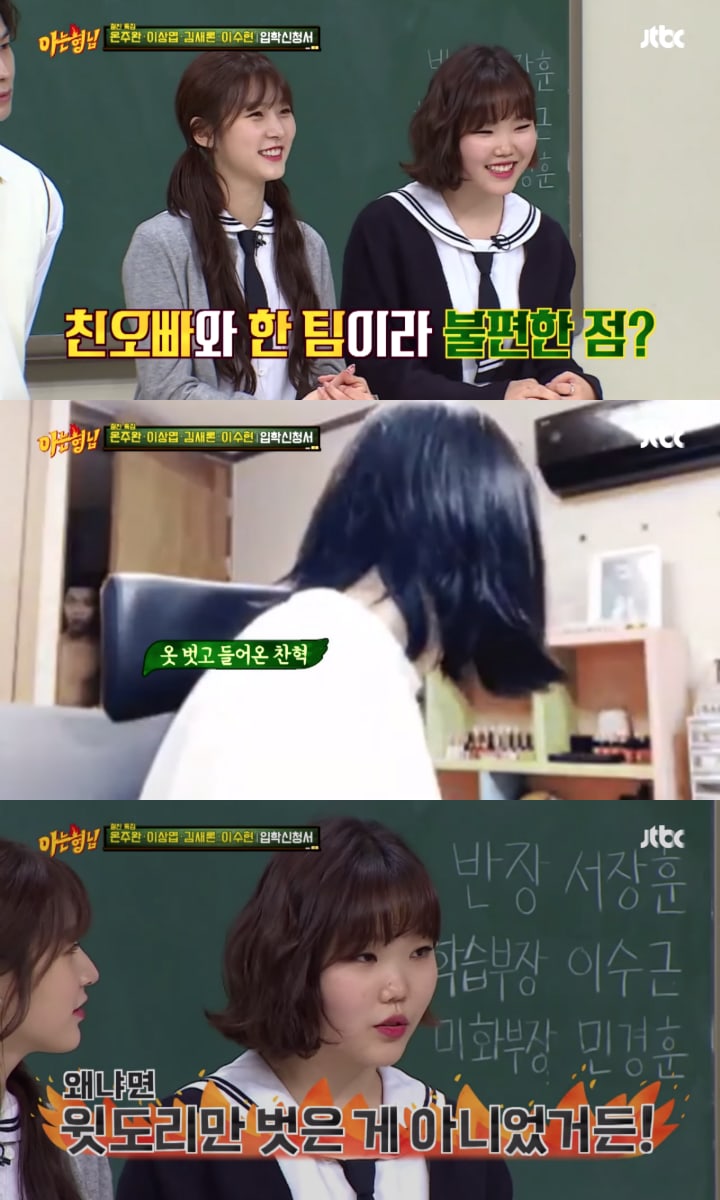 Lee Chan Hyuk is currently serving in the Marine Corps after enlisting in September 2017. He will be discharged on June 17, 2019.