Ukrainian rapper, Alllex Black, was previously accused of plagiarizing BTS Suga‘s track as Agust D, “Daechwita”. His released single, titled “10K” was originally released as a single, then edited to denote that it was a cover. This occured after ARMYs quickly  made it known to BigHit Entertainment, who apparently, slapped Alllex with a warning.

However, it seems like Alllex and his friend, Egor, are hitting back at fans. Recently, they uploaded a self-produced video clip to the song, “10K”. However, they decided to use posters with Suga’s face on it as props.

The two are seen laughing with glee while ripping up the Agust D posters.

They even threw the ripped pieces into the bin as well as onto the floor.

While it was originally not clear what they wanted to convey with this track video, Egor posted another snippet on his personal Instagram. He can be seen ripping up a poster of Suga that says “10K – Alllex Black” while saying that it was fake. He then holds up a poster that reads “Agust D – Daechwita”, claiming that this was the original. 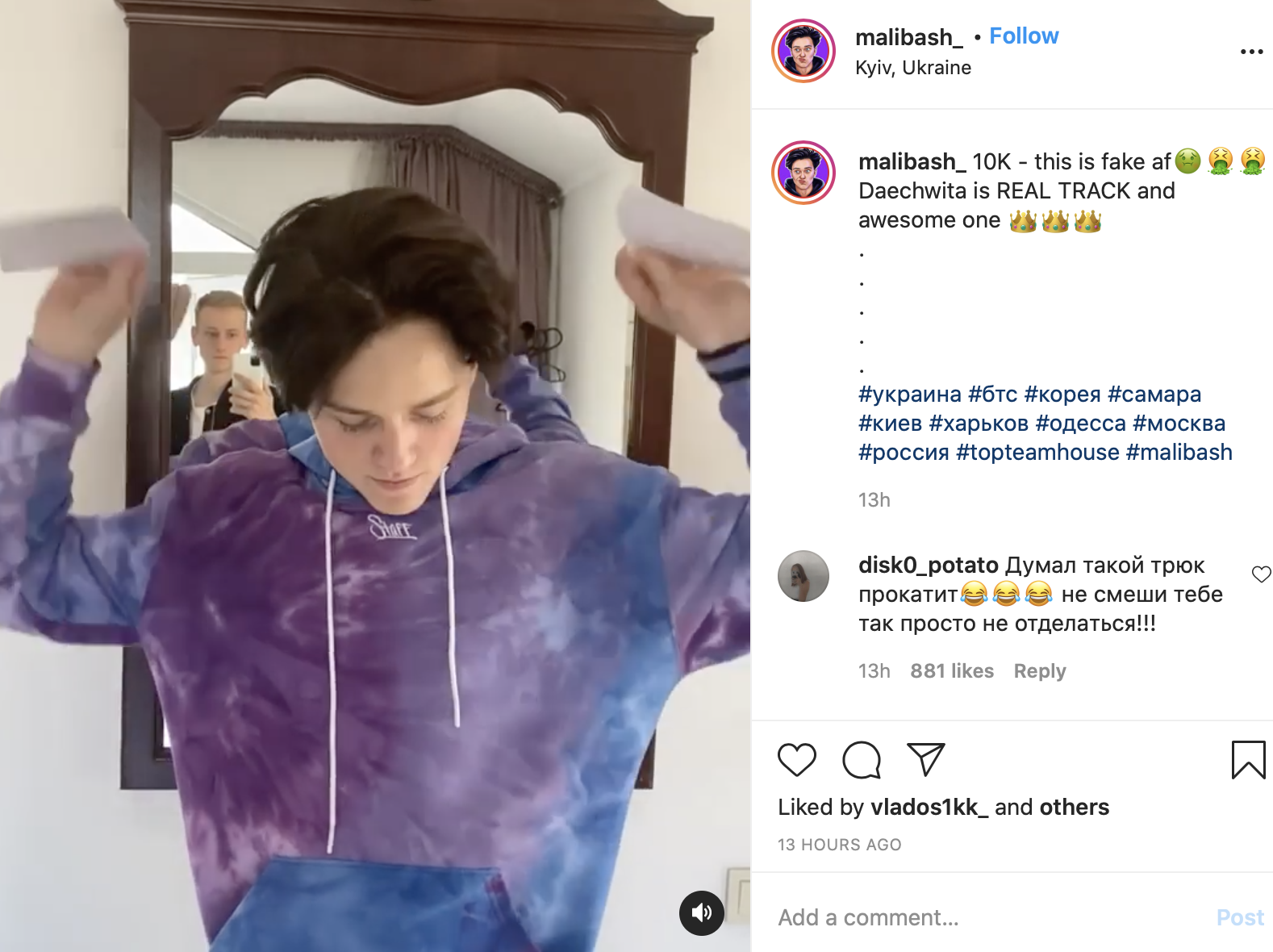 Naturally, fans are not pleased with the duo’s actions and have called for BigHit Entertainment’s attention. The track video has been circulating on both Instagram and Alllex Black’s TikTok, generating hundreds of thousands of views, calling for fans to suspect it as a publicity stunt. Alllex Black recently uploaded the track to his YouTube music page again.

Fans are calling this targeted harassment and plagiarism. However, BigHit Entertainment has yet to make a statement.