“Along With The Gods” Director Talks About His Impression Of EXO’s D.O. As An Actor

In a recent interview, Kim Yong Hwa, the director of the new film “Along With The Gods: The Two Worlds,” praised EXO’s D.O. for his diligence and tenacity.

The director opened his thoughts on D.O. by saying, “I thought to myself, what kind of person is this?”

He explained, “I wondered how he was able to prepare for the shoot perfectly even after performing on stage all night.” Kim Yong Hwa added, “[D.O.] is incredible for being able to endure all of the immense pressure.”

The director went on to compliment D.O. for his maturity. “D.O. is very mature for his young age. Even though I’m 20 years older than him, I had a lot to learn from him,” commented Kim Yong Hwa. 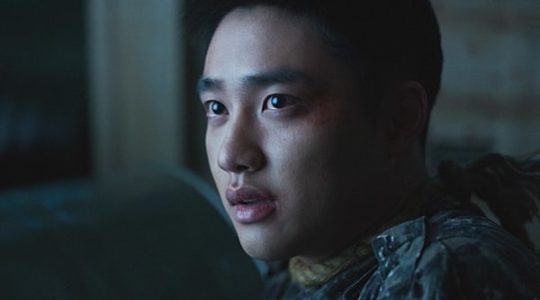 On the subject of D.O.’s difficult role, a depressed soldier, Kim Yong Hwa praised the actor for accepting the role without hesitation. The director pointed out, “Who would want to play the role of a depressed soldier? It’s remarkable that he accepted it eagerly.”

Lastly, Kim Yong Hwa repeatedly emphasized, “D.O. will be appearing in the second installation of the movie as well. Please look forward to it.”

“Along With the Gods: The Two Worlds” is about a man who dies and the grim reaper who helps him post-death, as the man undergoes seven trials over 49 days to determine his place in the afterlife.

The film premiered on December 20 and is currently in theaters.