British TV personality Anne Hegerty from The Chase is under fire for her dismissive comment towards BTS.

The controversy began when The Economist senior editor Anne McElvoy wrote in a now-deleted tweet “Please no”. This was in response to news of BTS’s message of hope at the 75th UN General Assembly. 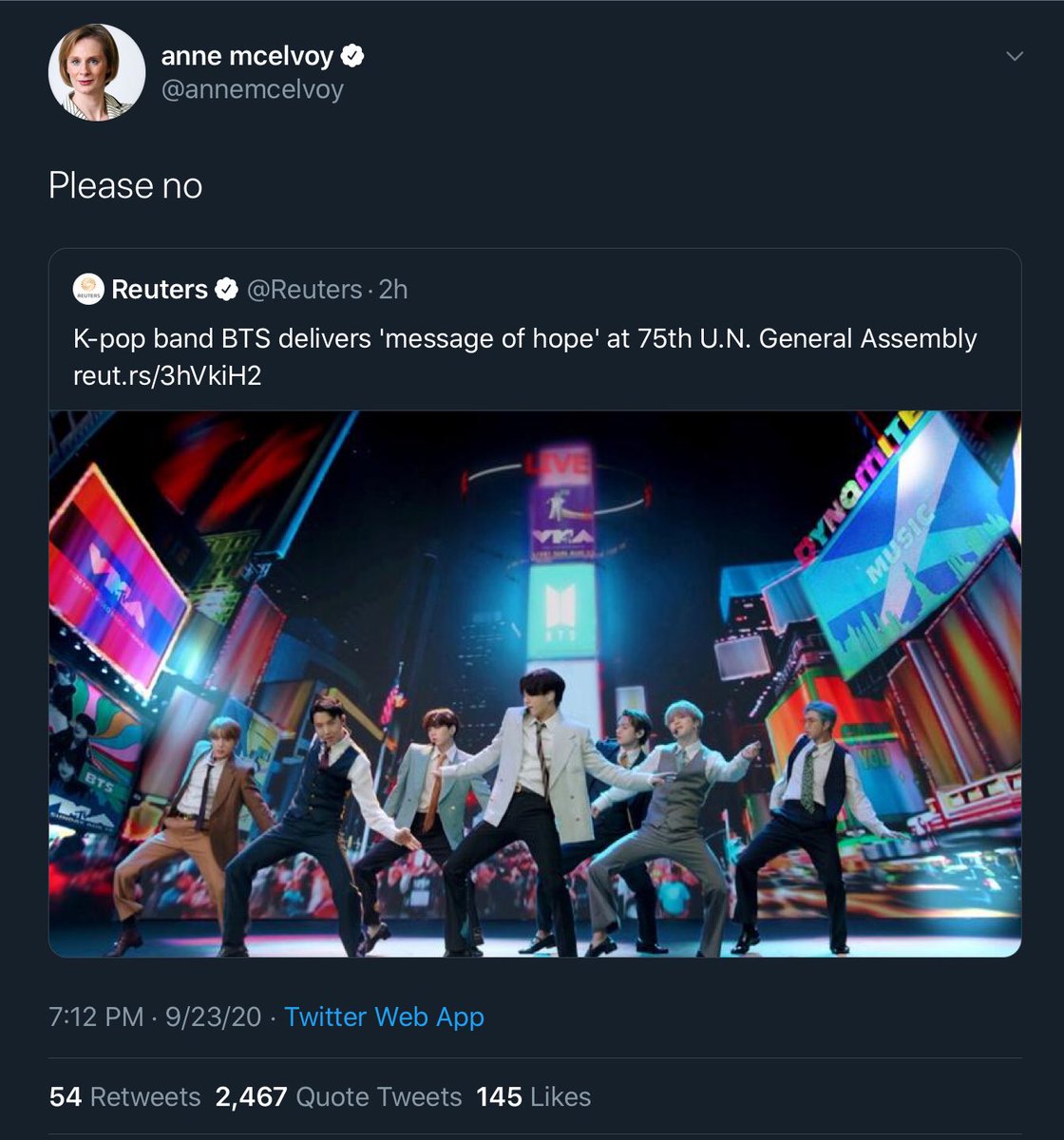 Following the backlash she received for her tweet, McElvoy apologized and claimed she was misunderstood.

My earlier tweet about BTS was in jest and I'm sorry it was taken the wrong way. Apologies.

Anne Hegerty, a celebrity known for her role in the ITV game show The Chase, responded to McElvoy’s apology dismissively.

ARMYs were understandably angered at her words, with many reaching out to correct her.

“This ‘little’ Korean boy band is fundamentally important in so many ways. First and foremost: they’re representing Asian men“. Yi continued, “For you to dismiss them and say ‘little’ is not only a microaggression but is actually racist“.

And finally showing the world how Asian men can be sexy, aspirational, Inspirational, beautiful, fierce, talented and more. For you to dismiss them and say “little” is not only a microaggression but is actually racist. Please use your words carefully.

Another Twitter user wrote that even if BTS is irrelevant to her, they are important to millions of people from all over the world.

Just because you don’t understand something doesn’t mean that it’s not important to someone else…in this case, millions of people across generations, cultures and genders worldwide. To dismiss them is to open yourself up to this type of scrutiny

They called for ITV’s The Chase to address Hegerty’s racist remark.

In related news, BTS recently made a comeback with the English single “Dynamite”. It was the first K-Pop song to top Billboard‘s Hot 100 chart.

On September 23, BTS delivered a speech at this year’s UN General Assembly where they gave a message of hope to millions of people from all walks of life.