New site Sports World received a photo that could be evidence for chart manipulation on December 5 by an anonymous user. 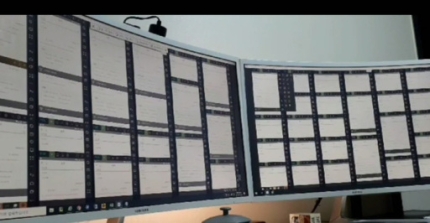 The photo contains scenes of a large monitor with dozens of identical music sites open and playing songs.

The anonymous user stated, “This photo will probably belong to one of the singers mentioned by Park Kyung.” They continued, “This is currently becoming a social issue, and I hope that this photo can help Park Kyung.”

The user also revealed that the original of this photo is a video and that he could not show it because the face of the computer operator is in the clip. The user continued, “In the future, I will request assistance from facial recognition agencies and report this information to the Ministry of Culture, Sports and Tourism, and the music industry associations.”

These Are The Exact Makeup Products Red Velvet Used For These Specific Looks, As Shared By Their Makeup Artist

These Are The Top 15 Best-Selling K-Pop Debut Albums