The bullying allegations against the twin volleyball players continues, as another victim has stepped forward to share her story.

On an online community, an alleged former teammate of the twin volleyball players, Lee Da Young and Lee Jae Young shared her personal experience with bullying. She revealed that she wanted to share her story after seeing a recent interview done by their former coach. When asked if he knew about the bullying, the former coach responded, “I know nothing about it.” He also commented that he had no recollection of the twins bullying other players and that to his knowledge, they actually had a hard time adjusting to their dorm life. As a response to the coach’s interview, this is what the victim had to say.

I got angry after watching our former coach’s interview so that is why I am writing this today.

All the players at the time are witnesses, coach. Are you still going to deny knowing about it? It seems like you have a vivid memory of what happened back then, but you said you didn’t know about it during the interview.

I will expose everything I had to endure.

The alleged victim then shared her personal experience with Lee Da Young and Lee Jae Young.

I shared a room with one of them. Every time she would get out of the shower, I was forced to have her clothes and underwear ready for her. One day she got out of the shower and I took her clothes to her when she claimed her wallet was missing. They cursed at me. They made me get on my hands and knees while they did so. They then told our coach that I took their wallet.

She continued her story by revealing what their coach did to her in light of the false theft accusations.

Our coach called everyone outside and started to slap my face while saying, ‘did you take it or not.’ I told him that I didn’t take it. That’s when he responded with, ‘I am going to hit you until you admit to taking it.’ The coach slapped my face on both cheeks about 40 times. The slaps hurt, but I also felt like this would keep going if I didn’t admit to it so I lied and said I took her wallet.

She further shared that the twins did not like it when their teammates’ parents would come to visit the dorm. The alleged victim revealed that the rest of the team would have to secretly meet up with their parents if they did visit.

The twins did not like it when our parents would come and visit us. Even if my parents came, I would have to meet them without the twins knowing about it. There was one day when the twins found out that I saw my parents. I got beat with a clothes hanger and a towel. They hit my mouth and because I was wearing braces at the time, my mouth started bleeding. 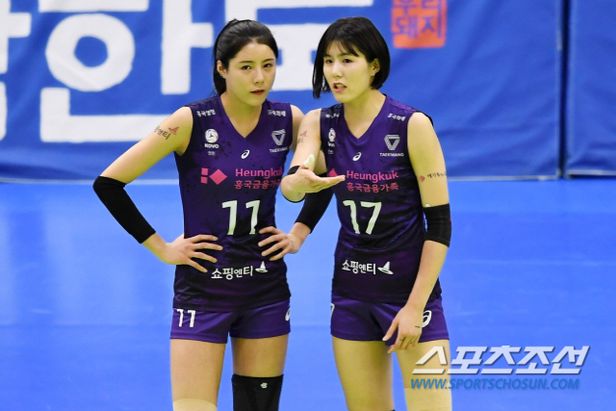 Lee Da Young and Lee Jae Young have been at the center of one of South Korea’s biggest bullying scandals the nation has seen. The twins admitted to the numerous accusations, admitting to their faults and asking for forgiveness from the victims. After receiving endless backlash, however, they have since been removed from their volleyball team and their league.