Stills have been released for AOA member Seolhyun’s appearance on the upcoming episode of SBS’s “Running Man”!

Seolhyun appears on the show along with fellow member Hyejeong, WINNER’s Song Mino and Kang Seung Yoon, MOMOLAND’s JooE, and WJSN (Cosmic Girls) member Dayoung. The cast and guests are competing in a “zombie couple race.”

It was reported that many of the male members could not take their eyes off of Seolhyun and there was some commotion during filming when the staff announced, “Today is a couple race.”

When asked about her ideal type, Seolhyun replied, “It’s not a Korean person. I recently watched the ‘Avengers’ film and became a fan of Thor [Chris Hemsworth].”

The members who don’t share many similarities with Thor are said to have appeared disappointed. However, Kim Jong Kook showed a different side of himself to his usual demeanor as he smiled shyly when Ji Suk Jin said, “Kim Jong Kook is the Thor of ‘Running Man.” 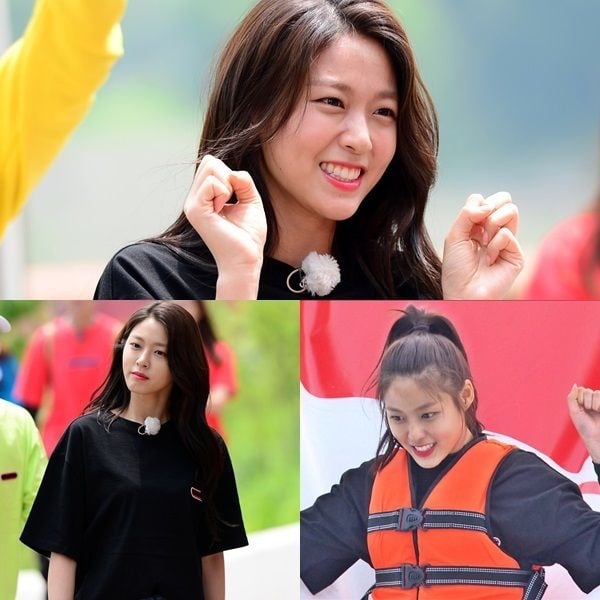 Seolhyun is described as creating a fun atmosphere on set. She did a voice imitation that was full of cuteness, wittily described an item during the “Item Commercial” mission, and boldly took on a difficult water sports challenge.

Catch this episode when it airs on May 27 at 4:50 p.m. KST. In the meantime, watch the latest episode below!