In this episode, the current it-girl sits down for a short interview. When asked what kind of advertisements she would like to shoot, Seolhyun reveals her preference, “I have yet to try out home appliances. I’d like to shoot one for a camera, a refrigerator, or a washing machine.”

The popular idol, who is well known for her beautiful figure, also talks about her body insecurities. She confesses, “I feel insecure about my dark skin, sturdy thighs, and asymmetrical face.”

Reporter Kim Seul Gi immediately lightens up the mood by saying, “Those are some absurd remarks,” and makes both of them laugh. 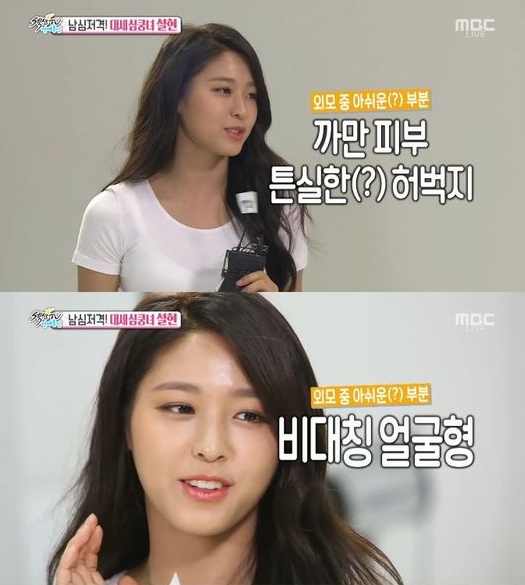