On the November 22 episode of SBS’s “I Will Win You Over With My Channel,” BIGBANG’s Seungri and AOA’s Seolhyun met for the first time.

AOA’s Seolhyun and Chanmi were the guests on the show, and Kang Ho Dong commented, “This is the first time AOA and Seungri have met.” 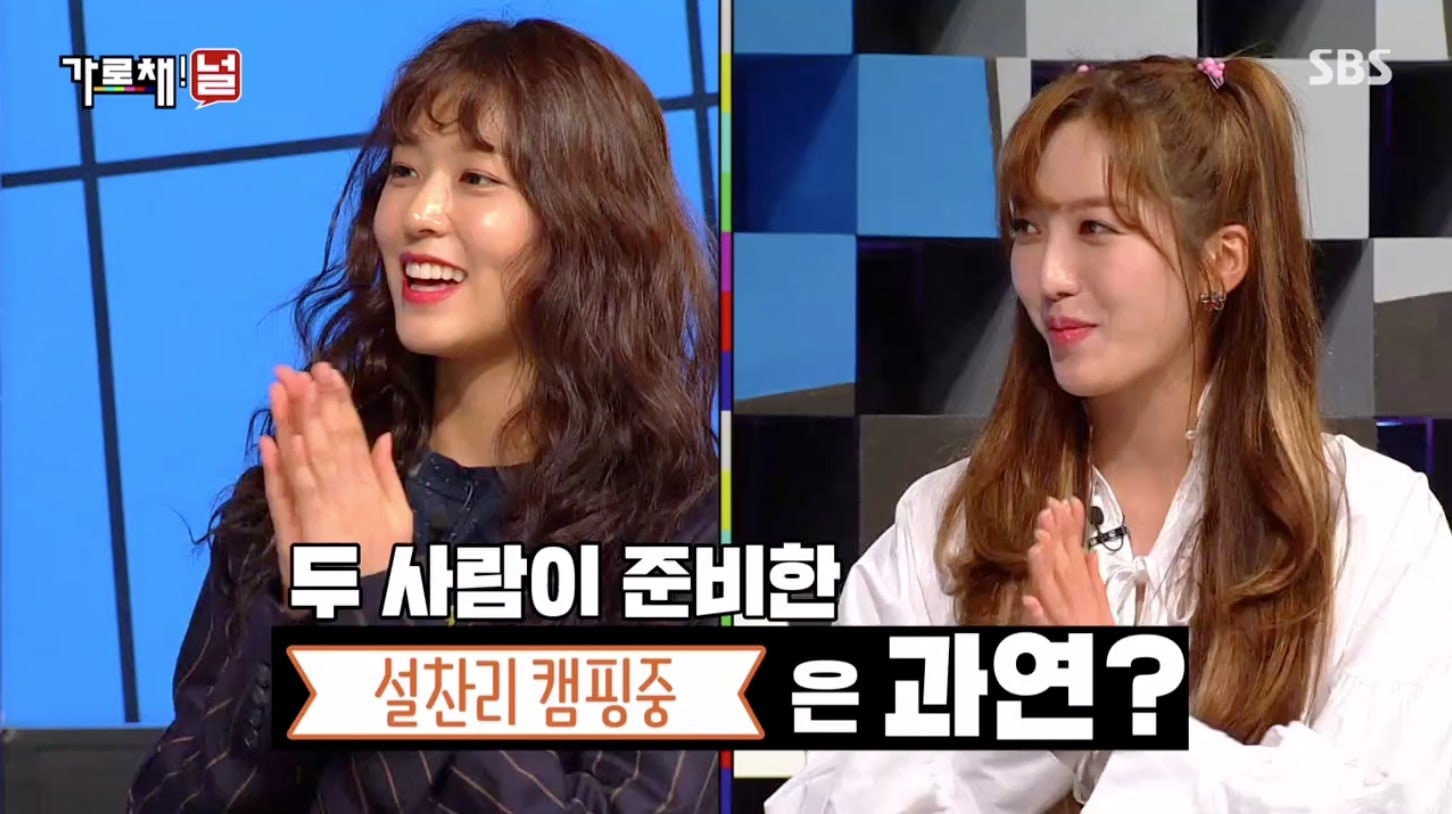 Seungri said that there were plenty of times when they were both promoting at the same time, but that they’ve never met face-to-face. When Yang Se Hyung teased Seungri that AOA must have avoided him, Seolhyun said, “It’s not that. It’s because he’s such a senior in the industry that we’ve never had the opportunity.”

Seungri, jokingly showing just how senior he is, asked Seolhyun how the CEO of her agency is doing.

Seolhyun added that she often goes to Seungri’s ramen restaurant, and he responded, “Can you say that a little bit louder?” 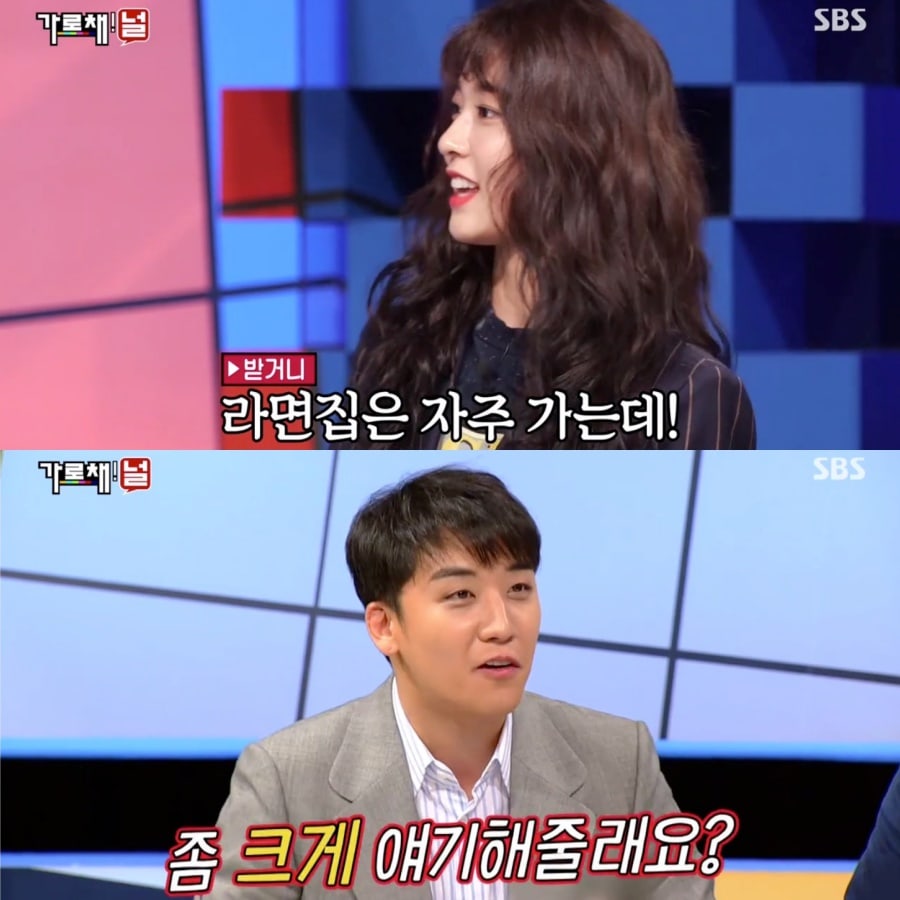