The project, titled Pink Carnival will be held from March 3 to March 28. An official group photo attached to the teaser of the event is being received enthusiastically, as it features the whole six-member group in beautiful dresses of six different colors.

The online exhibition will look back at Apink’s past decade, giving fans the opportunity to reminisce. It will display materials related to the group’s albums, with members giving detailed explanations about the releases. Fans will also be able to leave comments on a virtual guest book. 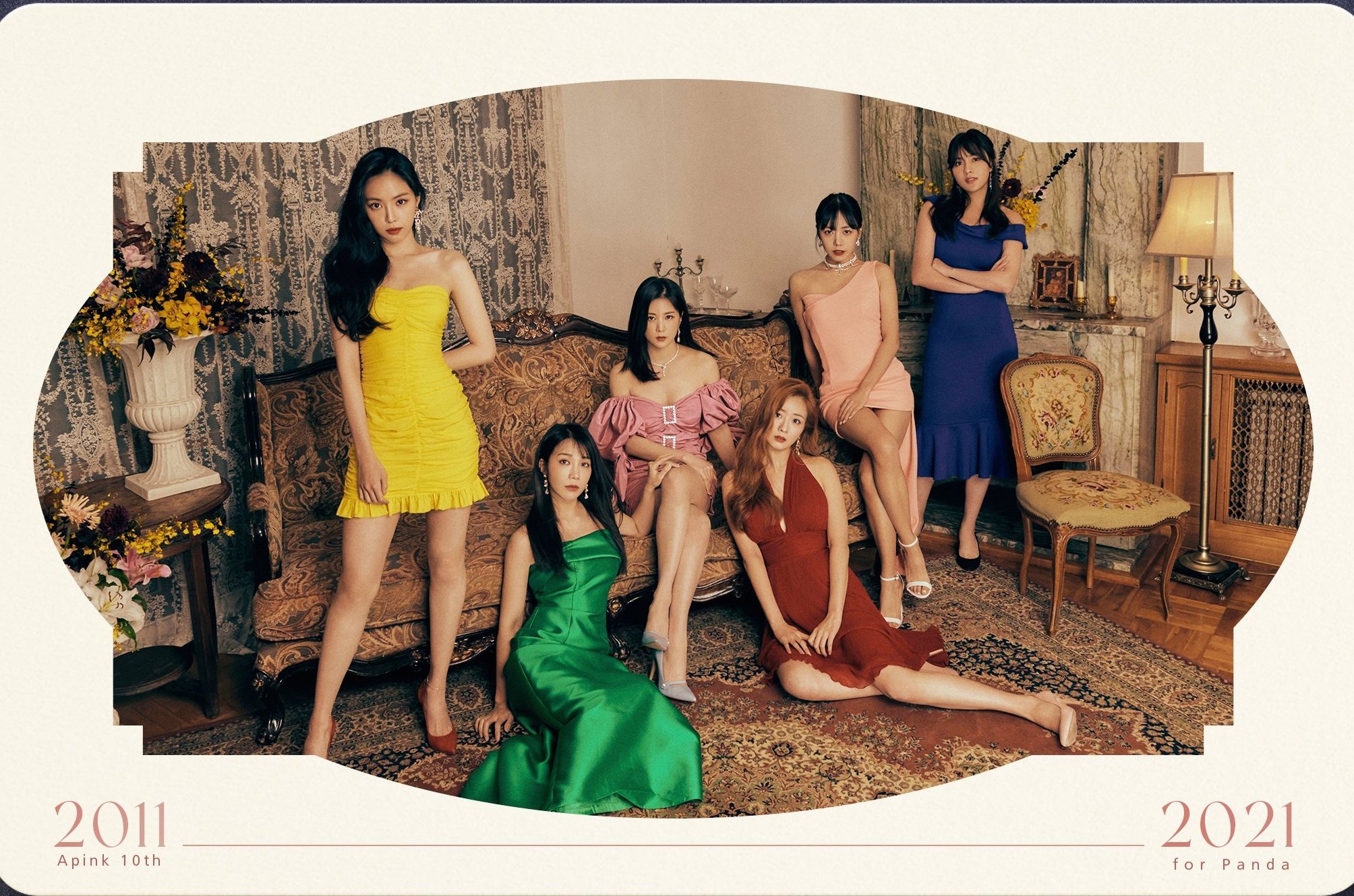 The pop-up store will sell products celebrating the anniversary. A 10-year celebratory magazine is included in the lineup of products.

Apink’s anniversary falls on April 19, but March looks to be an exciting month for Apink fans as well.