Update: Apink Are As Adorable As Ever In MV Teaser For Special Anniversary Release “Always”

Apink has dropped a short MV teaser for their special anniversary single, “Always!”

“Always” is a song dedicated to Apink’s fans to commemorate the group’s sixth anniversary since their debut.

In the pastel-colored teaser, Apink dress up as cute bunnies and play around with each other and with props as they are showered by confetti. The short snippet of the song features the lyrics, “Every day and every time, as long as you’re by my side.”

Watch the teaser below! 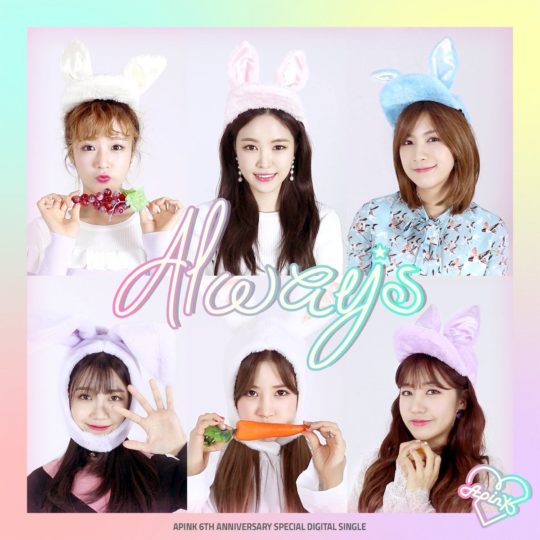 Apink is nearing their 6th anniversary since their debut, and they’ve got a special treat planned for Pink Pandas!

To commemorate the special day, Apink announced on their official Twitter that they will be releasing a special digital single titled “Always.” The teaser photo and release date was captioned with the hashtags “Apink love PANDA” and “Thank you for being with us for 6 years.”

The single is scheduled to drop at noon KST on April 19.

Apink debuted on April 19, 2011 with the EP “Seven Springs of Apink” and the title track “I Don’t Know” under a sub-label of Cube Entertainment. Since then they have received lots of love for their signature concept and their members have gone on to take part in solo activities in as acting, variety, and music.