By now, all fans know that Apink’s Bomi has a special relationship with food, but to what extent?

During a V Live broadcast they held on April 19 in honor of their sixth year since debuting, the Apink members talked about exactly how big her appetite is. 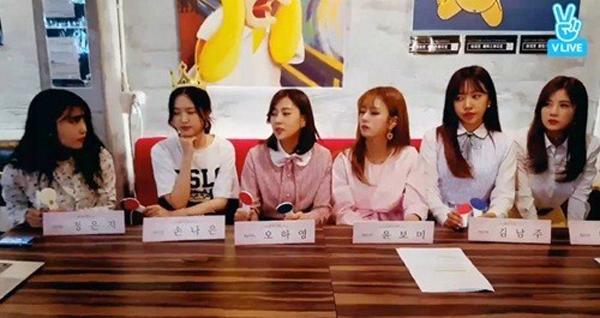 While discussing amongst themselves which member was the “eating goddess,” Bomi commented, “I can’t relate to losing your appetite when you’re sick. The only time I contain myself is when I’m dieting.”

Namjoo chimed in and named Bomi as their “eating goddess,” explaining, “I’ve respected her since our trainee years. On days where they would measure our weight, she would empty out the convenience store and our bathroom would be packed with food [to eat afterwards]. I can’t forget how much [Bomi] and another trainee ate back then.

Bomi herself added, “I’ve even eaten to the point that I told everyone not to make me laugh, or else I’d throw up.”

Can you relate to Bomi’s love for food?