APRIL‘s Jinsol is the next K-Pop star to be hit with bullying allegations.

On an online community, an alleged former classmate of the APRIL member claimed to be a victim of Jinsol’s bullying. The supposed victim shared photos of Jinsol’s notes from their school days, which showed the use of a Korean profanity.

Bbasooni isn’t a good word and it’s usually used as a profanity. It didn’t make sense to me that someone who was training to become an idol would use that term freely. I remember Jinsol always calling me a bbasooni and chuckling while she did so.

A few years ago, I wrote these words about Jinsol, but her fans threatened me saying that her label would sue me. They said that her agency was partnered with a huge law firm so it would be hard for me to fight against them. I didn’t want to get sued so I just let it be.

It’s been hard for me to watch her on television, living as a celebrity when she is a bully who picks on people.

She continued her testimony by sharing a direct message with the APRIL member.

It’s alarming to see that nothing about your behavior has changed and you act the same from your elementary days. I write these words because I am genuinely concerned. 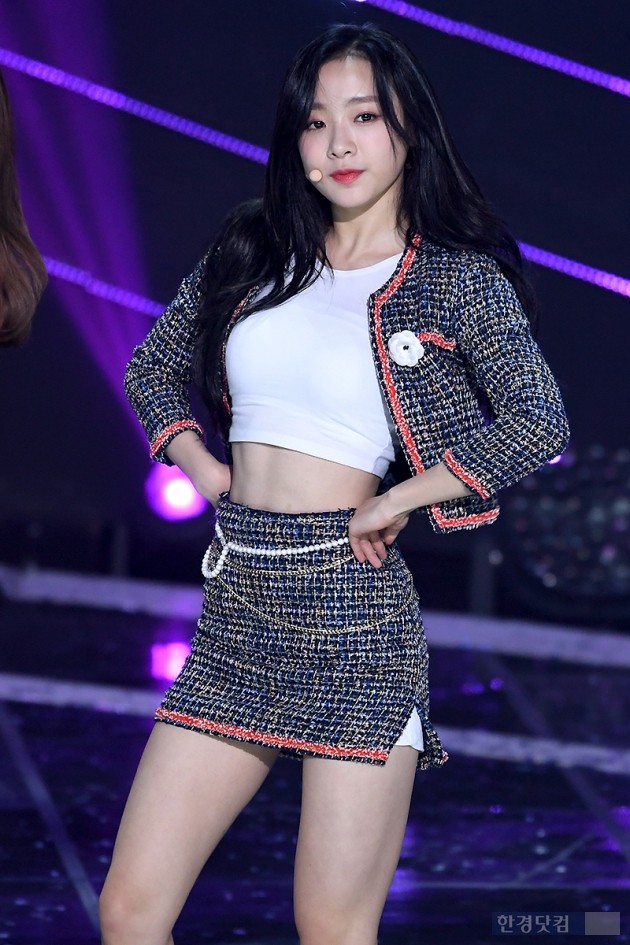 The alleged victim concluded her statement by urging Jinsol to apologize to Hyunjoo.

I hope that you genuinely apologize to Lee Hyunjoo unnie and ask for her forgiveness.

Previously, APRIL was swept up in bullying rumors regarding their former member, Hyunjoo. A netizen claiming to be Hyunjoo’s younger brother made allegations that the members of the girl group bullied his sister, resulting in her departure. DSP Media has since denied the accusations and stated that they would be pursuing legal action against the former member..