APRIL‘s makeup artist and former hairstylist have stepped forward to debunk all the bullying claims made against the group.

Previously, a netizen claiming to be Hyunjoo‘s brother revealed that his sister left the group due to severe bullying. Hyunjoo was a former APRIL member, debuting with the group in 2015 and actively promoting as a member until her official withdrawal from the group in 2016. At the time of her withdrawal, Hyunjoo stated that she wanted to focus on her acting career, as well as her health. Her brother’s alleged claims reveal that this was not the truth. In a lengthy post, he shared that the real reason why she left the girl group was because of the harassment and bullying she received from her fellow members.

DSP Entertainment has since denied all the allegations that have been made against the group, as well as members of former DSP Entertainment boy group, A-JAX. APRIL’s makeup artist and former hairstylist have also stepped forward to debunk the rumors surrounding the girl group. This is what APRIL’s hairstylist had to say about the situation.

I have known the APRIL members since they were trainees and worked with them as their hairstylist up until last year.

I was wary that my words could potentially affect the APRIL members negatively…but I am hoping that my words will provide a bit of strength to the members who are currently going through a difficult time due to the bullying allegations. I wanted to share what I was witnessed personally.

Hyunwoo had a weak body and would get sick often. She would frequently ruin the group’s promotions because of this. She would disappear from her schedules randomly and create difficult situations for her other members. It was heartbreaking to watch the other young members deal with the aftermath. The girls overcame those difficult times to become a new version of APRIL and they have been doing better for themselves. My heart ached seeing all the negative things being said about them.

During my time with the APRIL members, they became a pillar of strength to me, even though I am more than 12 years older than them. The girls are very kindhearted. Now, our relationship has evolved from artist and staff to a relationship where we can rely on one another.

I hope that they don’t receive pain or hurt from these false rumors.

Similarly to the hairstylist, APRIL’s makeup artist also shared their personal testimony to refute all the rumors.

I am a staff member that has been working with APRIL even before their debut.

Ever since they were in their teen’s, they went through a lot at their young age as trainees to become a part of the APRIL team. They were able to overcome all the hardships and protect the APRIL name. Watching them promote actively as 6 members after all of the hard times makes me proud.

Just like anyone else, there are times when opinions don’t align or small misunderstandings happen while we work. Naturally, these can lead to suspicions and tension.

I don’t think anyone can say for certain exactly what happened at the time nor can anyone be sure of the truth. I would think that unless someone is 100% certain, they wouldn’t speak up on it…

I think it’s unfortunate that the 7 years this team went through is crumbling  because of something that may not be true.

These girls always worked hard to prepare for their stages even at their young age. They didn’t sleep well, but would go to all their schedules with swollen eyes and try their hardest.

Even during their long hiatus, they supported one another. I don’t want there to be victims and perpetrators anymore…I don’t want people to hurt anymore. That is why I am writing these words. 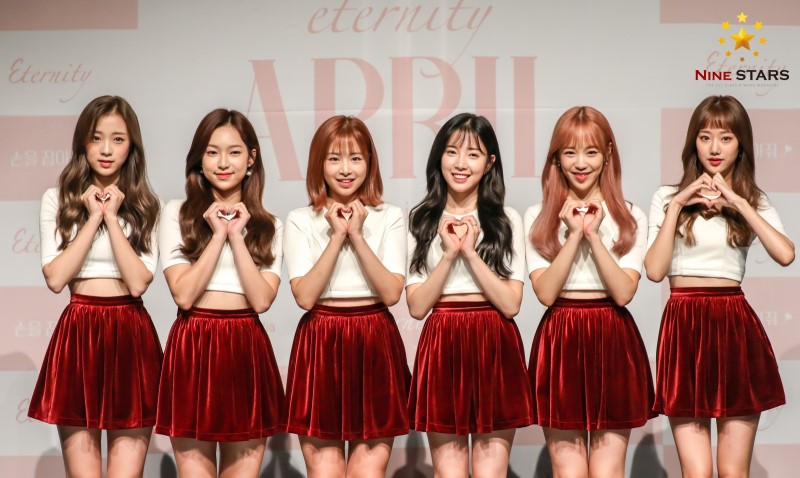 No further statements have since been released by Hyunjoo or DSP Entertainment.