Actress Min Hyo Rin recently appeared on the April 8 episode of “Big Sisters’ Slam Dunk,” opening up about her relationship with BIGBANG’s Taeyang.

On the episode, Min Hyo Rin likens herself and her boyfriend to Romeo and Juliet, as they’re both signed by rival entertainment companies, JYP Entertainment and YG Entertainment respectively. 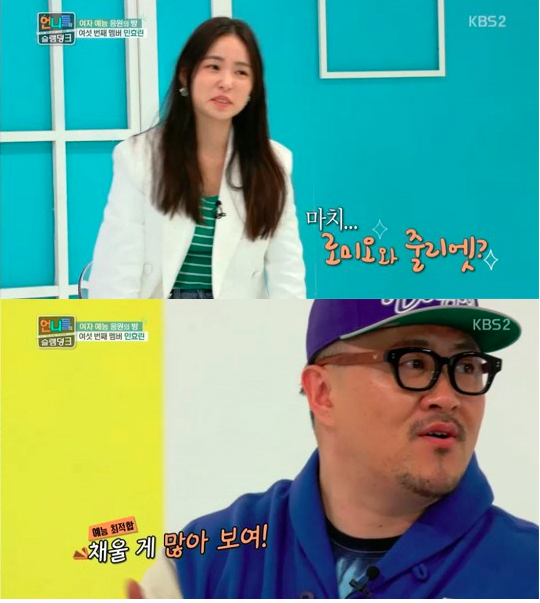 “It feels a little like Romeo and Juliet,” she says. “Before, our CEO would show me new songs and ask, ‘What do you think of this song?’. But since I started dating Taeyang, he doesn’t play any new songs to me.”

Luckily, Min Hyo Rin says CEO Park Jin Young has a good sense of humor about the situation. “He told me, ‘You’re the funniest thing in the company. It’s not fair if only I know how funny you are.’”

Defconn comments, “You’re a great fit for variety. You have a lot to show off.”