Artist of the week – Super Junior 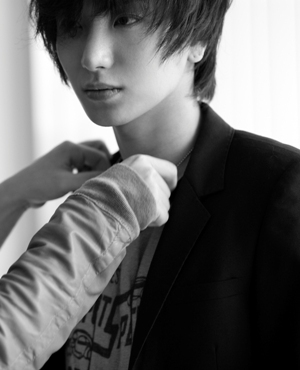 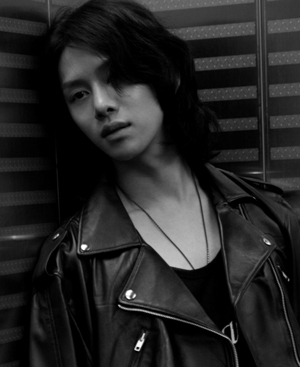 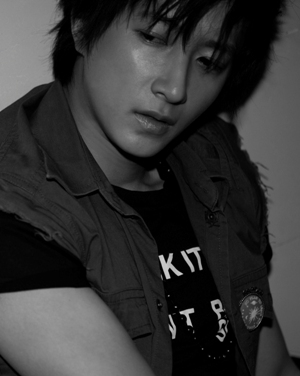 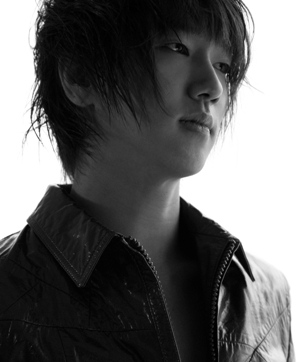 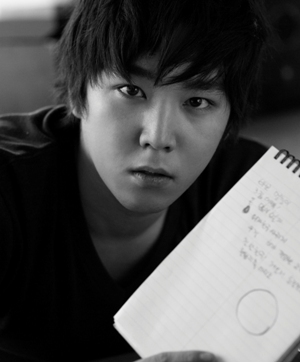 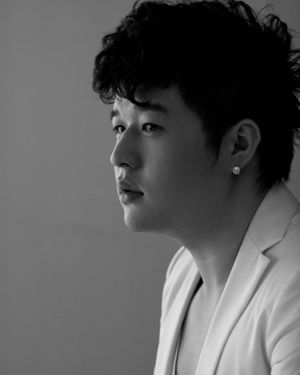 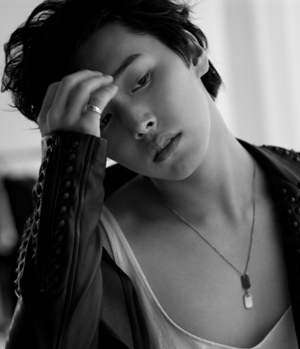 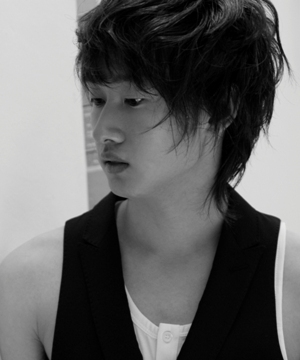 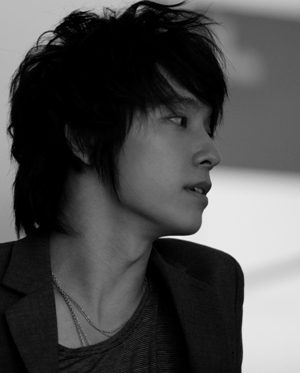 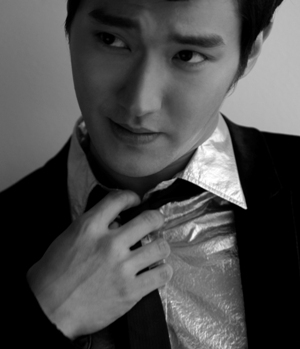 Siwon (시원/始 源)
Real Name: Choi Siwon (최시원/崔 始 源)
Date of Birth: February 10, 1987 (Apparently, Shiwon’s real birthday is April 7, 1986… Eeteuk said Shiwon’s birthday was coming up soon on his minihompy on 4/5/09. The story is that his parents didn’t registered his birth until February of the following year for whatever reason so in official documents his birthday is listed as February 10. However, despite the fact that his actual birthday is April 7, February 10 is the birthday he officially celebrates with Super Junior fans so…)
Place of Birth: Seoul Gangnam (south of Han River near Apgujung) (서울 강남)
Height: 183 cm/6′
Weight: 65 kg/143 lb
Specialty/Hobby: Singing, Dancing, Acting, Taekwondo, Chinese (language), Playing drums
Education: Currently a student at Inha University (인하대학교), Physical Education 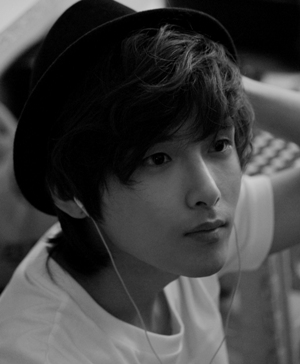 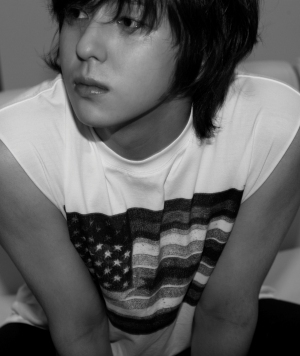 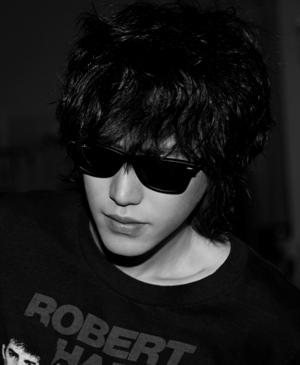 If KPOP idols were stars, then this boy band is like a star that modestly glows, yet shines brighter and brighter the more you observe them. The band members capture the hearts of fans from all around the world with their good looks, multi-talents, distinctive personalities, and a great passion for work and success. Leeteuk, Heechul, Hangeng, Yesung, Kangin, Shindong, Sungmin, Eunhyuk, Donghae, Siwon, Ryeowook, Kibum, and Kyuhyun… together, these 13 talented guys stand under the name of Super Junior (슈퍼주니어).

Super Junior have been under the management of S.M. Entertainment since their training/pre-debut days. The group was originally a 12-member project group, as SM wanted to experiment a new concept that Koreans had not seen before in the Korean music history. Super Junior was formed as a rotational group, in which new members would replace some of the older members every year. They would focus not only on singing, but also acting, radio DJing, and MCing. In fact, most of the members had acting and TV broadcasting experiences prior to their debut as Super Junior. On Nov 6, 2005, the twelve members debuted as Super Junior 05 on SBS Inkigayo stage with Twins as their single.

With the image of youthful handsome boys and a package of individual talents that the group offered, Super Junior 05 was popular not only in Korea, but also across Asia and even in the U.S. and Europe. The guys began their first overseas activity in Thailand. Buoyed by the unexpected rise in popularity of the group, SM added the 13th member, Kyuhyun, and made Super Junior a permanent 13-member group that we all know today. Super Junior dropped the suffix “05” and appeared on stage for the first time with the single U through the “I-Concert” on May 27, 2006. Super Junior’s popularity sky-rocketed as U grabbed the No.1 spot on many music charts. The members’ personal charms and skills displayed on variety programs captured the fans’ hearts. On Nov 5, 2006, Super Junior introduced its first subgroup called Super Junior-K.R.Y, a trio consisting of Kyuhyun, Ryeowook, and Yesung that showed off their powerful vocals through a ballad called The One I Love. Thanks to the success of U, 2006 ended with Super Junior taking home the Best New Artist Award on MNET/KM Music Festival and Golden Disk Award.

2007 was quite a rough and emotional year for Super Junior and their fans. The year started off cheerfully with the debut of Super Junior-Trot (SJ-T), a subgroup that focuses on Trot (Korean traditional) music, with their mini-album Rokuko on Feb 25, 2007. SJ-T’s revised style of the Trot genre drew a great amount of attention, as SJ-T was the first idol group to make an attempt in the genre. Amid SJ-T’s promoting activities, an unfortunate event occurred. On April 19, 2007, Leeteuk, Eunhyuk, Shindong, and Kyuhyun, on the way home from their late night radio show, got into a major car accident. While the other three members had minor injuries, Kyuhyun was severely injured with fractured hip and deep scratches. Fortunately, Kyuhyun recovered faster than expected and joined his members in the preparation for their 2nd album. Sept 21, 2007 marked the day Super Junior’s comeback on Music Bank stage and Kyuhyun’s first broadcast appearance since the accident backed in April. Don’t Don and Marry U were the two songs from the 2nd album that Super Junior chose to promote. Their 2nd album promotion lasted for only three months, yet the album was well-received by fans. Super Junior won the Artist of the Year Award at M.NET/KM Music Festival and a few Top Popularity Awards at major end-of-the-year award shows.

2008 was an active year for Super Junior’s subgroups as well as individual activities. SM Entertainment revealed two new subgroups, designated to target two different music markets. Super Junior’s third subgroup, Super Junior-Mandarin (SJ-M), debuted in China with the Chinese version of their hit song U as their title track on April 8, 2008. Along with 5 original members from the main group, SJ-M added two Chinese members to focus only on the Chinese music market. While SJ-M were busy promoting their album in China, the fourth and most recent subgroup, Super Junior-Happy (SJ-H), made their first broadcast appearance with Cooking?Cooking! on June 7, 2008 in Korea. This subgroup displayed a bright and cheerful image for the summer as the Happy in the name suggested. During this year, SM introduced the guys to the Japanese market with the release of the U single in Japan. Within two days after the release, U reached No. 4 on the Japanese’s Oricon Daily Chart without any promotion or activities in Japan. Super Junior broke the record of being the first Korean artiste to earn a top-5 spot on the Oricon Chart with a Korean song. Their success on Japan’s premier music chart indicates that the prestigious status of Super Junior in Asia is no joke. Although Super Junior as a group was idle, their top popularity was once again confirmed when Super Junior were invited to be representatives from Korea to attend the 2008 MTV Asia Awards. There, they won the Best Artist of Korea Award.

After one year and 6 months of being inactive as a group and busy with subgroups and individual activities, Super Junior came back with their 3rd album “Sorry, Sorry” which was released on March 12 this year. There were doubts whether their comeback could continue the recent Kpop trend of catchy music; however, to the surprise of fans and non-fans, Super Junior showed off their matured transformation in vocals and image with their catchy title track Sorry, Sorry. Their 3rd album is doing extremely well on offline and online charts.  The number of pre-ordered albums was announced to be over 150,000 copies. According to the Hanteo Chart alone, the album sold over 29,000 copies on the first day, grabbing the No.1 spots on Hanteo’s daily + weekly + monthly charts, and has already made the Top 10 of the Yearly Chart. Sorry, Sorry dominated many music charts, which led to the No. 1 awards on Music Bank and M!Countdown charts and the Triple Crown on Inkigayo. The success of Sorry, Sorry spread abroad as Super Junior took the No. 1 spot on Thailand and Taiwan music and album sales charts. As the promotion for the title song Sorry, Sorry comes to an end, Super Junior are ready to promote their second song called It’s You. This song will be included in the repacked album which will be released on May 7. It’s you is promised to be another addicting tune that can be compared to the success of Sorry, Sorry.

13 members and 13 personalities… their undying dreams and love for each other are what keep these 13 boys together until today, despite many physical and psychological obstacles they faced in the past four years. As time passed, Super Junior proved that they are not simply entertainers, but are good at what they do. Be it singing and dancing to different genres or acting, these 13 guys are always up for the challenge. Until the day the world is covered in sapphire blue, Super Junior will, little by little, reveal to the world their talents.

6. 하루만 (Just For One Day)♫ – CSJH The Grace featuring Kyuhyun