ASTRO‘s Cha Eunwoo is gaining insane popularity, after his starring role in well-loved webtoon-turned-drama, True Beauty. Although he has not mentioned any form of ideal type or so in more recent years, back in 2018, he was once asked for his ideal type.

This was a common question for idols back in the day. On HaeyoTV, the host asked JinJin for what type of girl he feels suits Eunwoo. JinJin replied that Eunwoo would suit a kind and meticulous girl that takes good care of him. 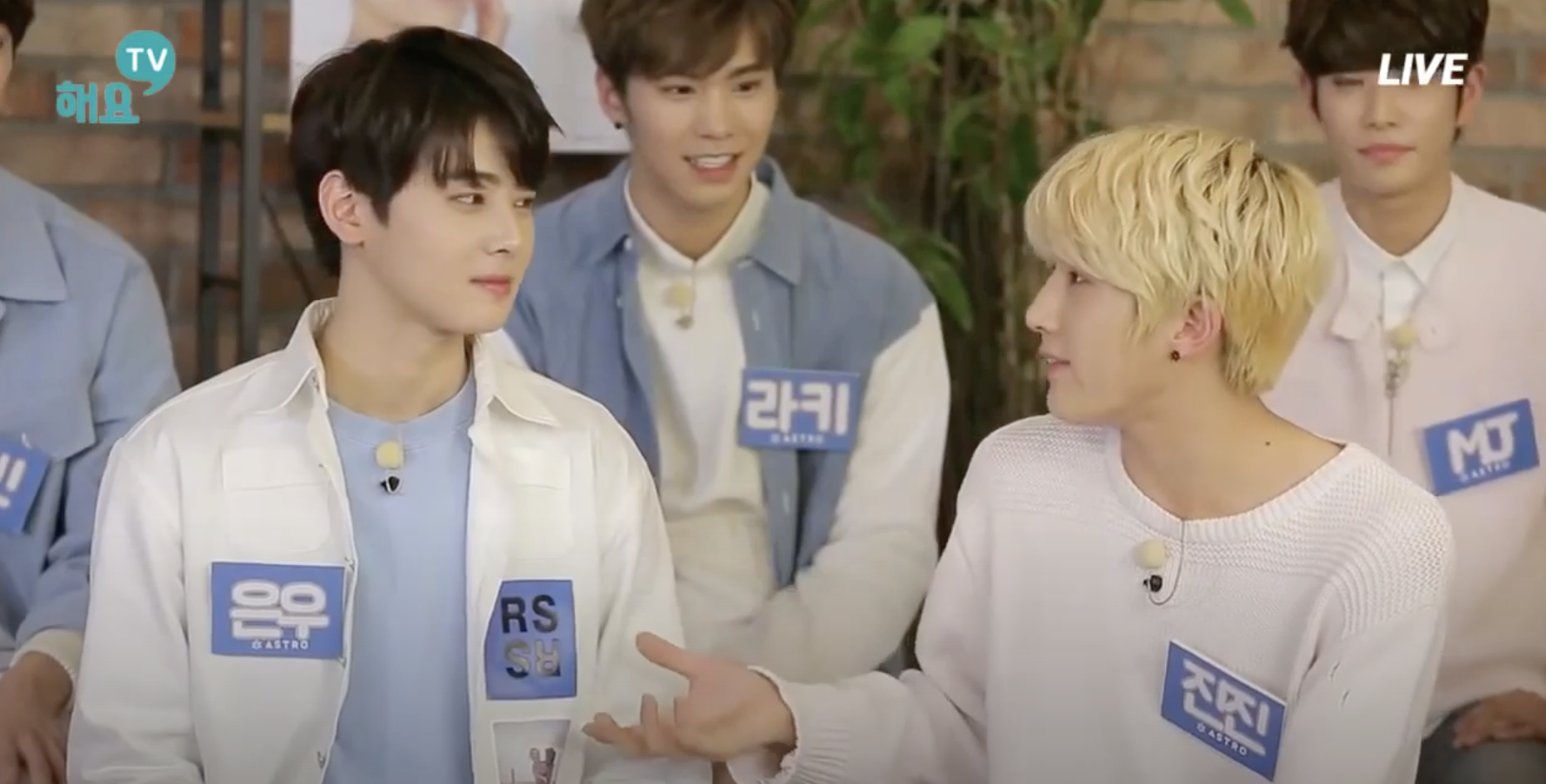 Eunwoo shared that he would like a girl that likes him, and of course, he would have to like her back as well. He hopes the girl would smile often and be a wise person. During the interview, he chose actress Moon Chae Won as an actress that suits his ideal type, and is someone he wants to work with. 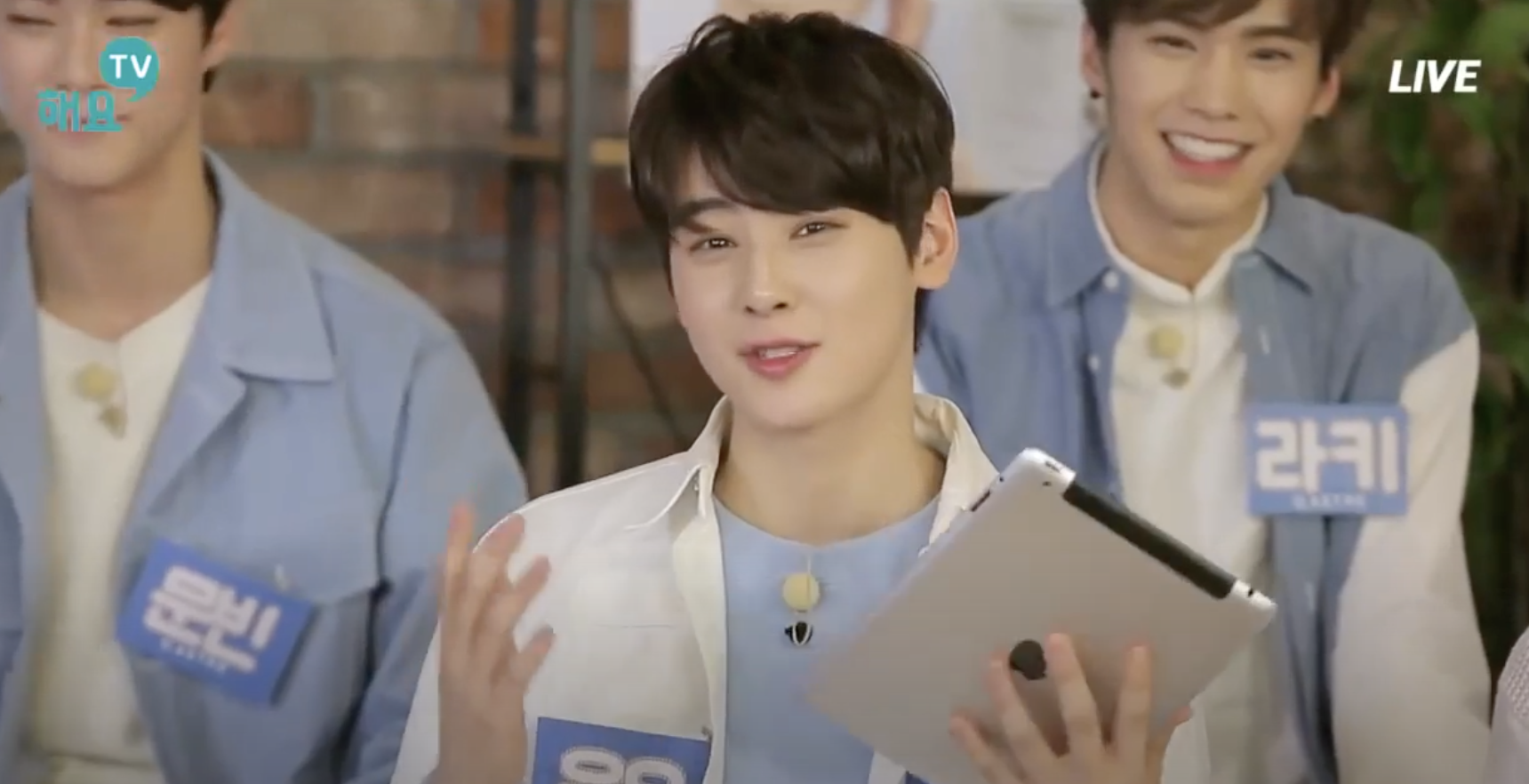 At a later stage in the year 2018, Eunwoo returned to the screens after losing weight in order to fit his role as a chic and cold top star in Hit The Top. During an interview with SectionTV, was given a list of actresses to choose for his ideal acting partner. 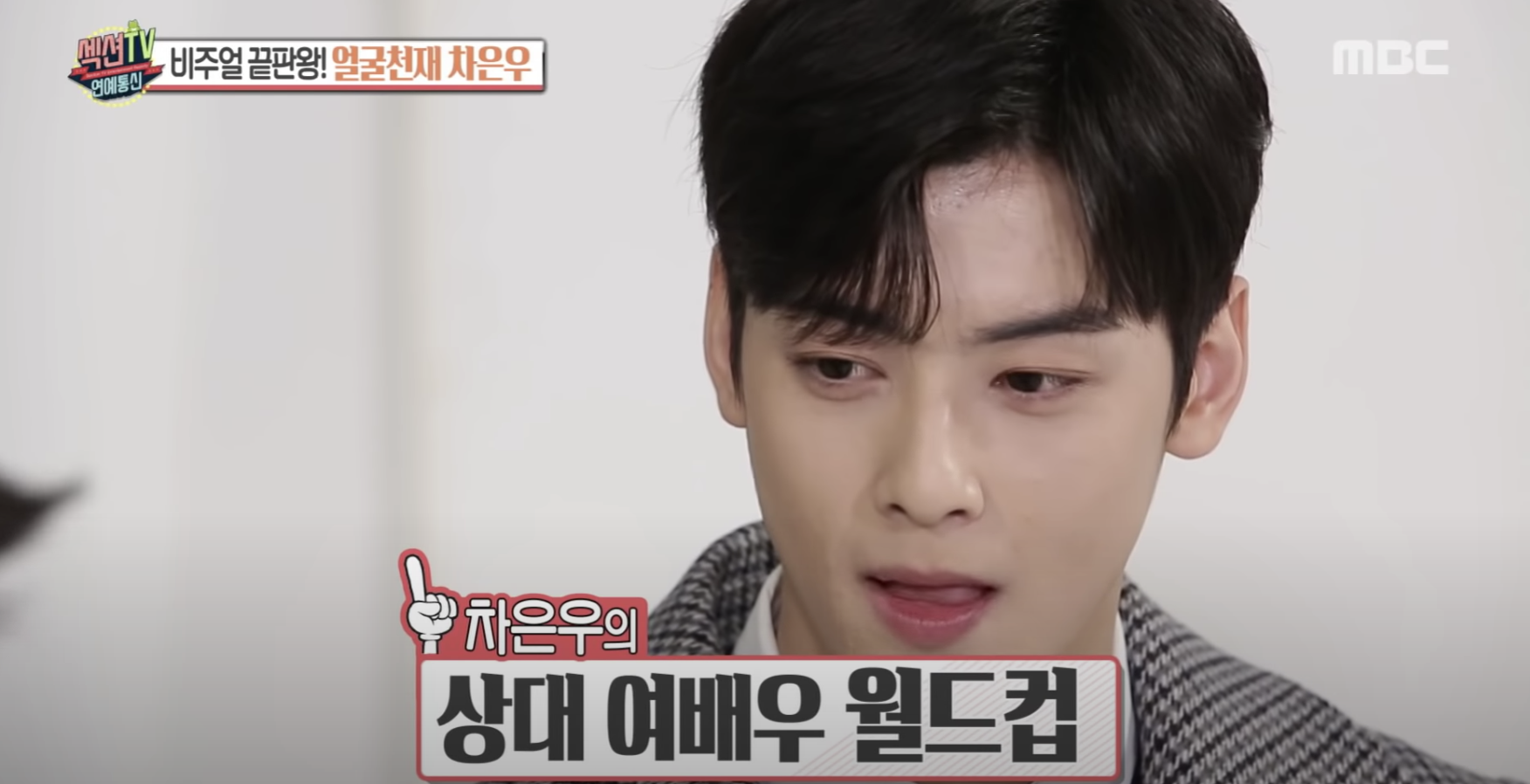 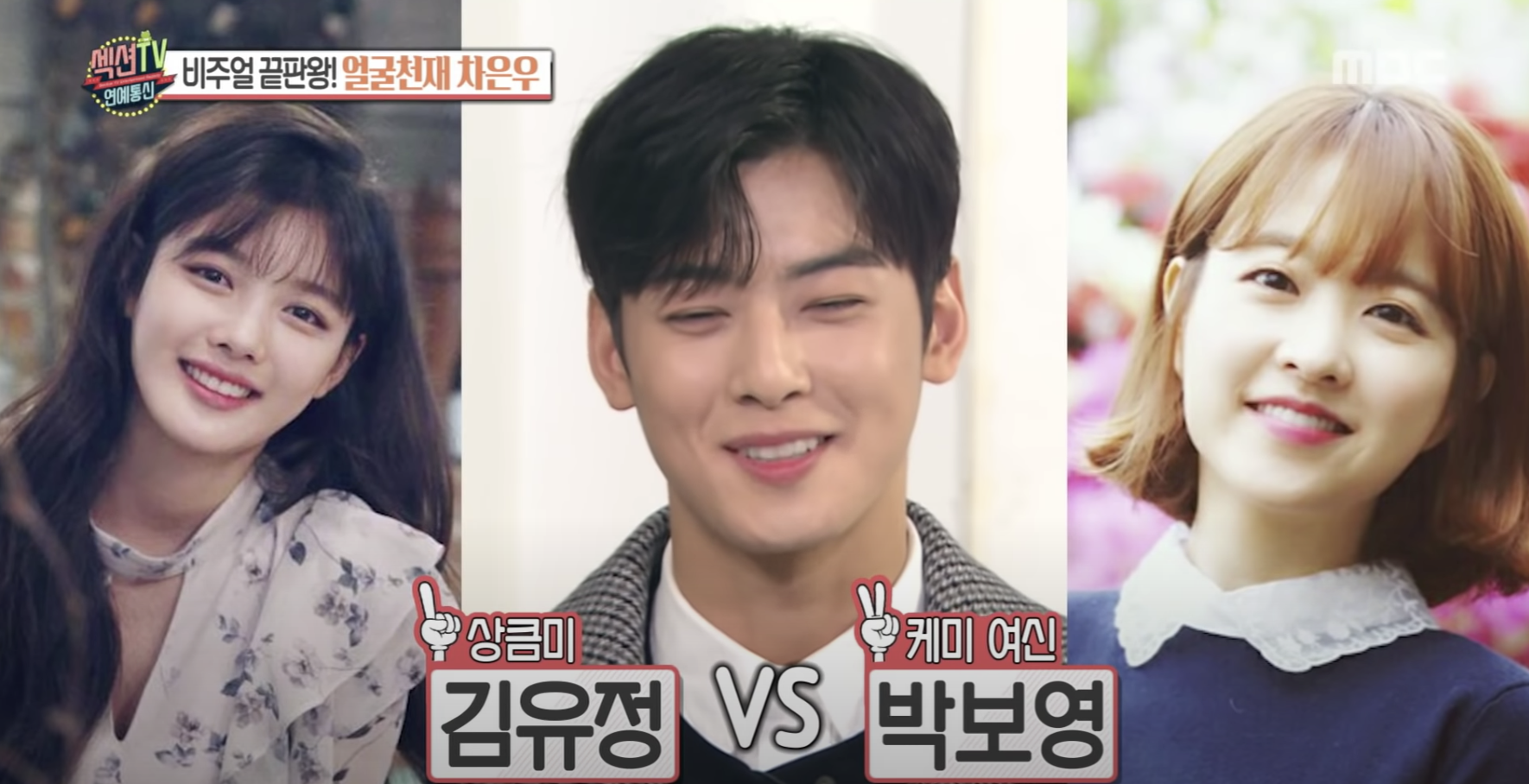 Ultimately, he chose Suzy over Park Bo Young as an actress he’d like to act in a romance drama with.

In a past “ideal type world cup” however, he chose Shin Min Ah over Kim So Hyun. 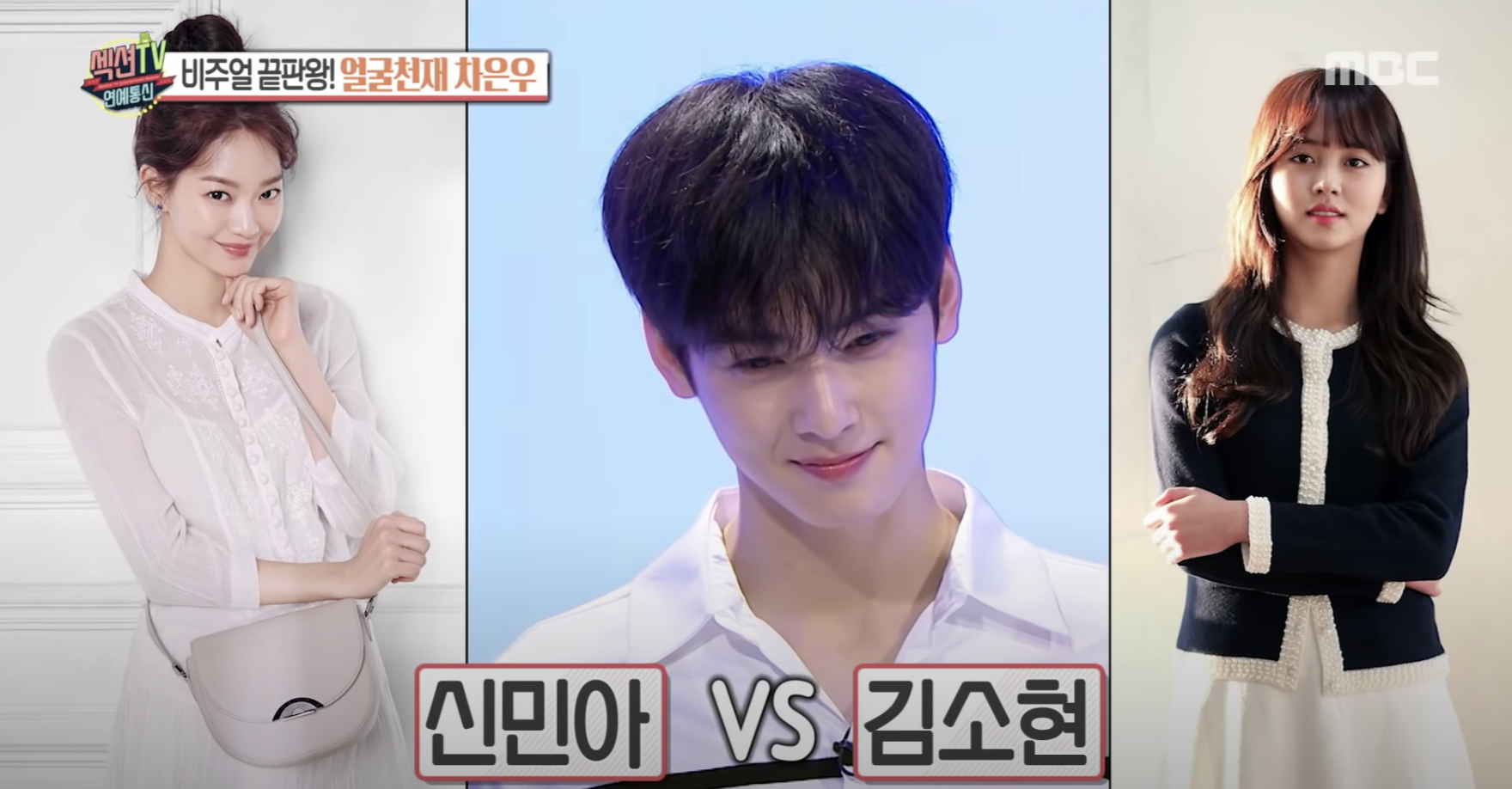 The interviewer had to ask him to chose between Shin Min Ah and Suzy! Although he chose Shin Min Ah in the end, he mentioned that he would love to act in a historical romance with Shin Min Ah and a fresh, school drama with Suzy!

The man has great taste! We hope to see Eunwoo in more amazing dramas in the future.