ASTRO Gets Surprised When They Win A Round On “Immortal Songs”

Boy group ASTRO appeared on the December 9 episode of KBS 2TV’s “Immortal Songs,” where they put on a great performance to battle it out for the most number of votes.

This episode of “Immortal Songs” was dedicated to rock music singer-songwriter and guitarist Shin Joong Hyun. Singers perform songs related to a legend in the music industry and recreate their songs their own way. After each performance, the audience cast votes and whoever receives the most amount of votes wins that round. The subsequent performers will challenge the previous round’s winner, and try to garner more votes.

Musical actor Choi Seung Yeol was up first where he performed the Pearl Sister’s “You” and received lots of applause. Nervously, ASTRO went next and performed “Beauty” by Shin Joong Hyun & Yup Juns in a musical format. The group received applause and cheers for their creative performance.

After the two performances, the participants stood on the stage to wait for the votes to be announced, and ASTRO won this round with 387 votes. 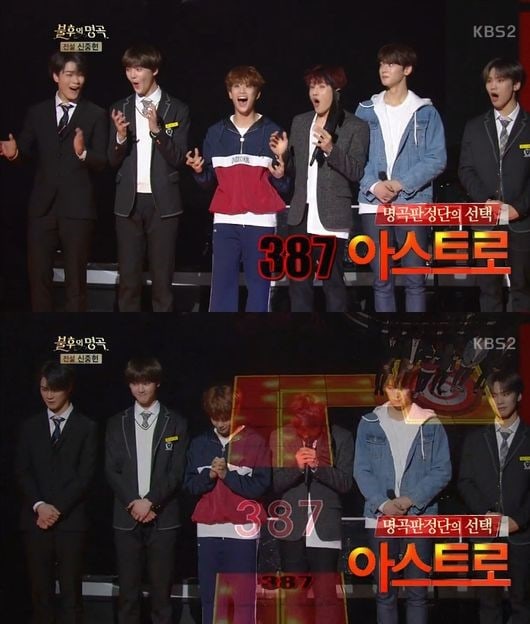