Gaon Chart has revealed its chart rankings for the week of January 13 to January 19!

ASTRO topped the physical album chart this week with their first studio album “All Light,” while GFRIEND debuted at No. 1 on both the digital download chart and the social chart with their new title track “Sunrise.”

GFRIEND also took second place on the physical album chart with their second studio album “Time for Us,” followed by BTOB’s Minhyuk (HUTA), who claimed third place with his first solo album “HUTAZONE.” g.o.d’s special 20th-anniversary album “THEN&NOW” debuted at No. 4 this week, with BTS’s “Love Yourself: Answer” rounding out the top five. 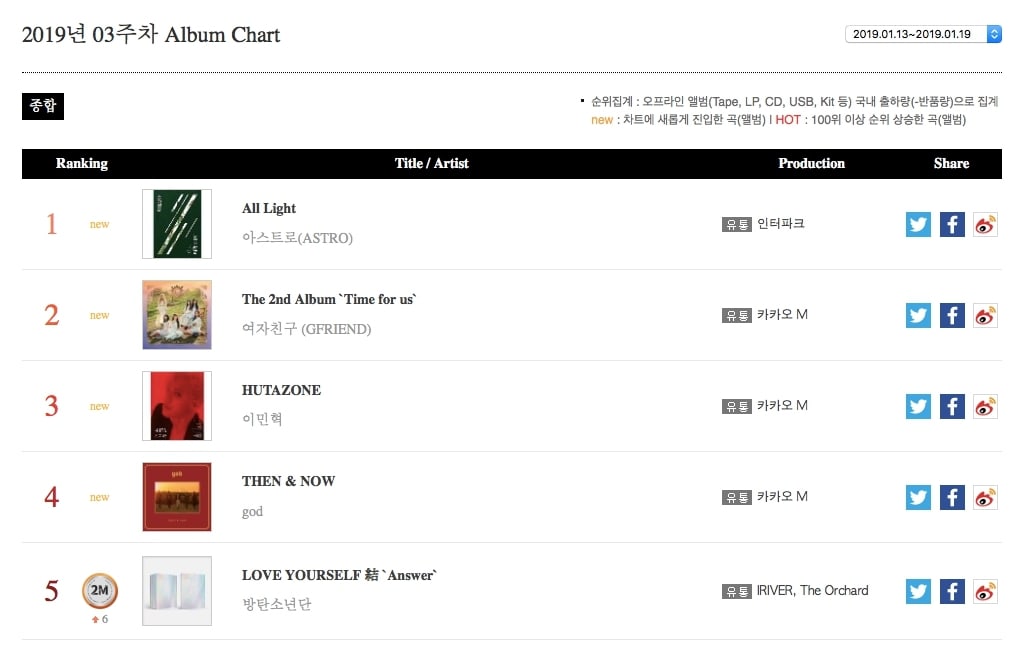 MC the Max’s “After You’ve Gone” continued its reign on the overall digital chart, with Chungha‘s “Gotta Go” also maintaining its position at No. 2 for another week. Jvcki Wai, Young B, Osshun Gum, and Han Yo Han’s collaboration “DDING” debuted at No. 3, followed by Ben’s “180 Degrees” at No. 4 and BLACKPINK’s Jennie‘s “SOLO” at No. 5. 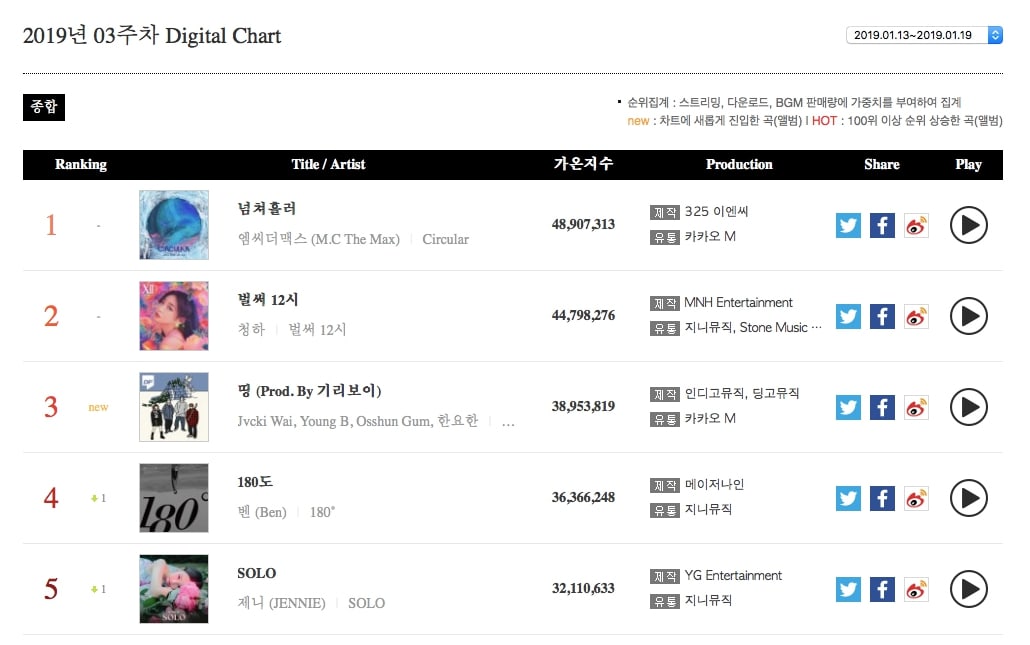 GFRIEND’s “Sunrise” topped the download chart this week, with Jvcki Wai, Young B, Osshun Gum, and Han Yo Han’s “DDING” trailing at No. 2. Chungha’s “Gotta Go” charted at No. 3, followed by Paul Kim’s “Green Light” at No. 4 and MC the Max’s “After You’ve Gone” at No. 5. 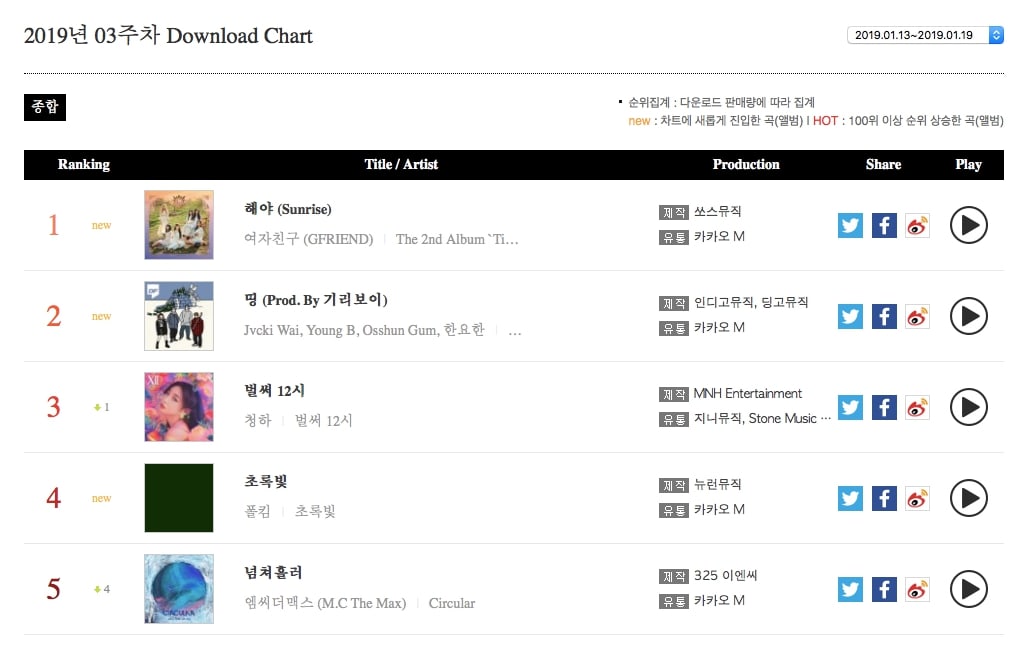 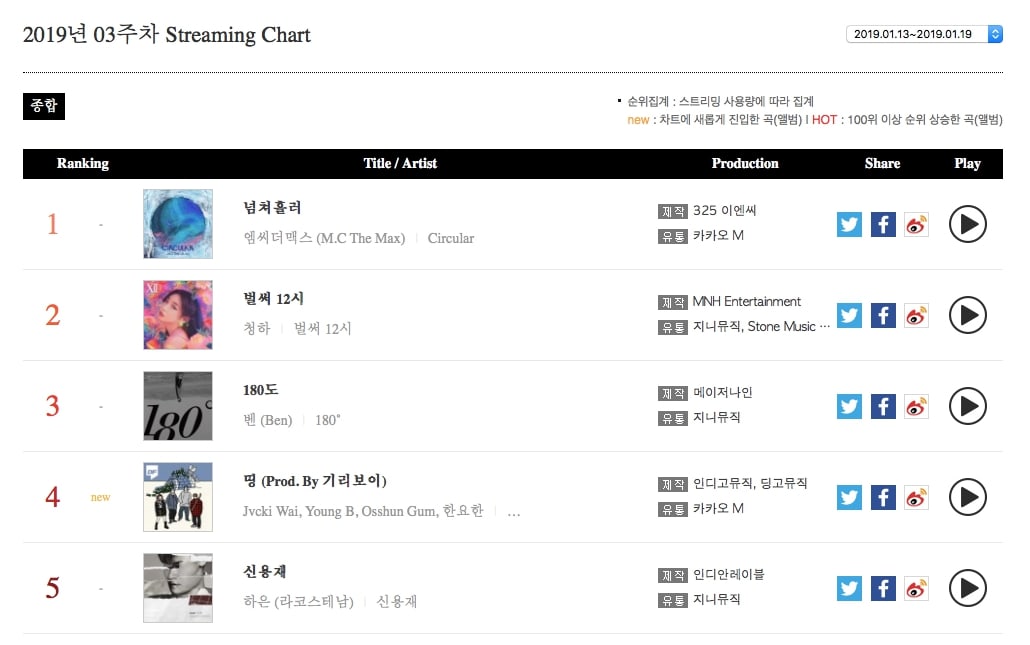 Finally, GFRIEND’s “Sunrise” debuted at No. 1 on the social chart this week, with BTS’s “DNA” falling one spot to No. 2. Meanwhile, BTS’s “IDOL” and “Fake Love” maintained their spots at No. 3 and No. 4 respectively, with TWICE’s “YES or YES” claiming No. 5 for a third consecutive week. 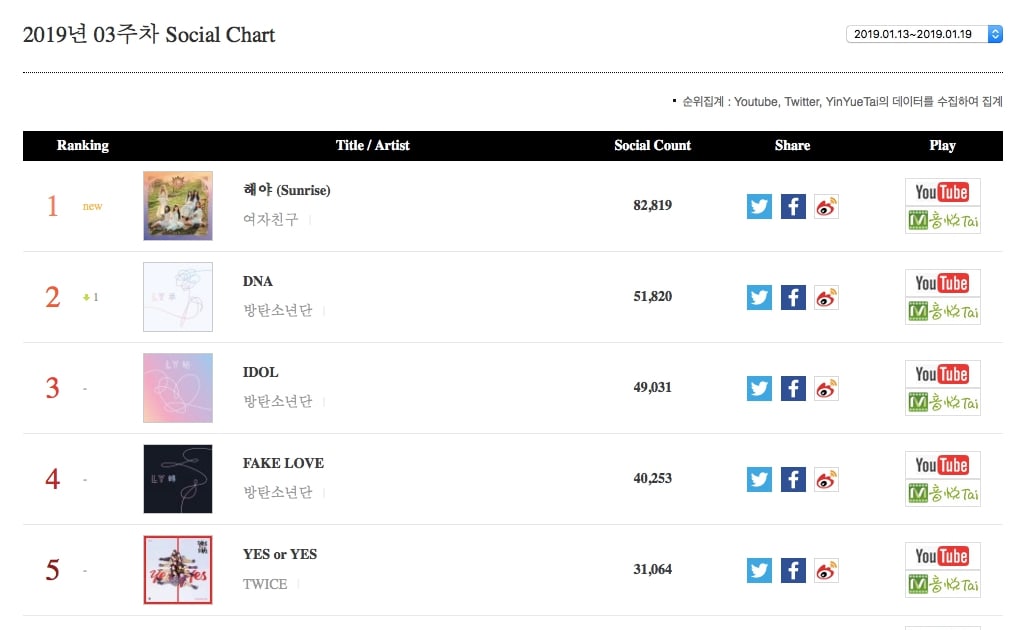 Congratulations to all of the artists who made this week’s charts!