When it comes to DIVE Studios’ podcasts, Eric Nam is the King, having hosted several shows on the channel. However, Eric was out of his comfort zone as he became the guest on UNBOXING’ w/ASTRO’s JINJIN and PENTAGON’s KINO.

Hosts ASTRO‘s JinJin And PENTAGON‘s Kino seemed to be keen to make their guest feel welcome on their show and turned to some flattery.

As expected, every guest on the show goes through a series of icebreaker questions. Yet, with Eric, it seemed like a chance for JinJin and Kino to show how much they love him.

The first question was whether Eric saw himself more a genius than a sweet man. 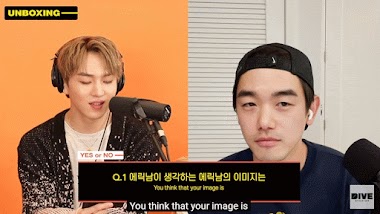 Although Eric found the question awkward, he answered with a resounding yes, and it was time for his official hype men JinJin and Kino to show that they’re proud fans!

So it’s not that you’re someone who is sweet but a genius, but you’re a genius who is sweet. He’s amazing. 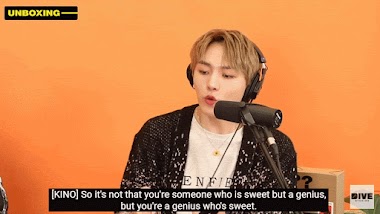 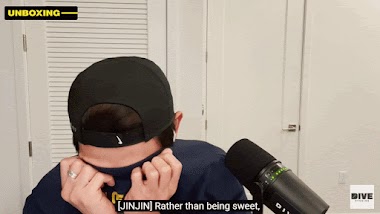 Kino then described Eric as a self-proclaimed multi-talented individual and wants an Eric Nam for his mom because he is the epitome of sweetness. 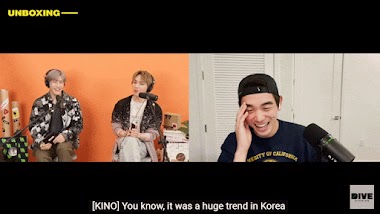 Eric tried to brush off the compliment by explaining why he thinks he is unique, rather than a ‘genius’ with his ideas and thoughts. 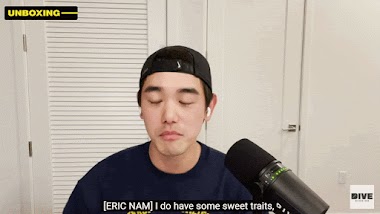 Of course, if Eric ever doubted himself, his professional cheer squad was on hand. JinJin and Kino made sure that Eric knew just how talented he is!

For art, there is Picasso. For science, there is Einstein. For engineering, there is Steve Jobs. And guess who there is for music? It’s Eric Nam. 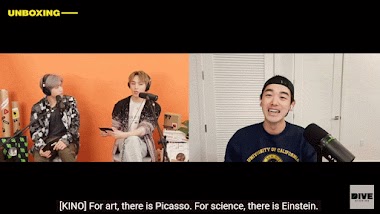 It all seemed too much for Eric, and the sudden series of compliments flustered him! 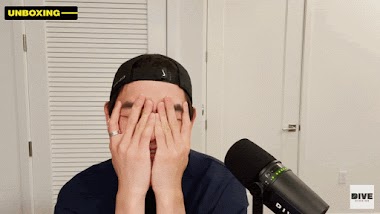 Luckily, it was all for good fun, and both JinJin and Kino couldn’t deny just how amazing Eric Nam is to them and how genuine he is both on and off-screen!

You can watch the whole episode below.