ASTRO‘s Moonbin and GFRIEND’s Sinbi are known to be childhood friends through their love of dance. Their fate kept going when both moved on the debut in successful K-Pop groups, allowing them to constantly run into each other during schedules. As Moonbin is now one of the MCs for Show Champion, Sinbi got the chance to be interviewed by her good friend on air.

During the comeback interview segment, Moonbin asked the girls to demonstrate the point dance move from their new song, “Apple”. Moonbin then praised her for her accurate dance moves, to which she could not control her facial reaction. 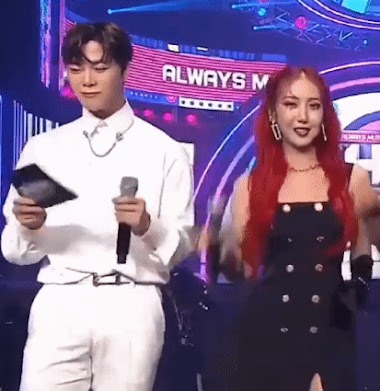 Moonbin then copied the key point of the dance (and did it so well, we might add) as Sinbi tried to hold in her laughter. 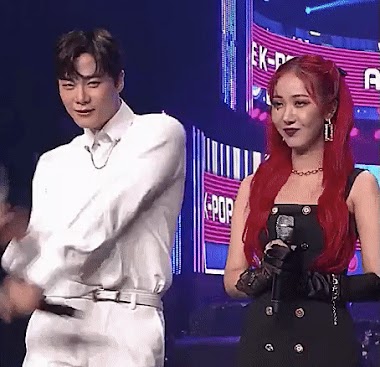 Fans are calling him a big ol’ puppy looking for compliments as he smiles at her expectantly after the dance. Sinbi’s no-nonsense attitude as she continued the segment was hilarious. 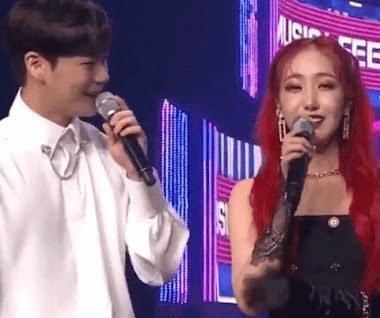 The way Moonbin looks at her is just adorable! Sinbi doesn’t spare him a single glance though. 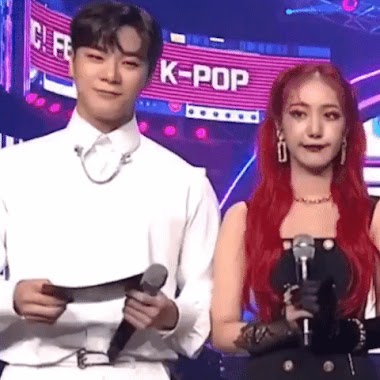 They ended off the segment with Sinbi following his little dance moves! 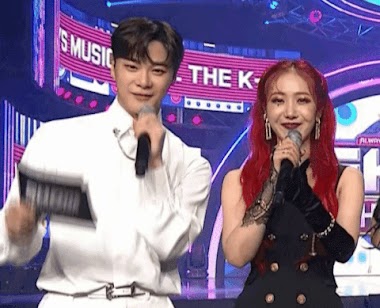 This photo pretty much sums up their entire relationship, featuring the other GFRIEND members who look on in amusement. 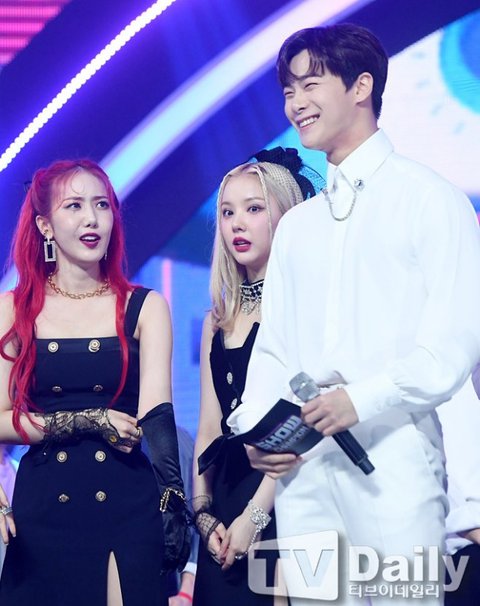 GFRIEND took home the trophy that day, but Moonbin couldn’t let it go without getting in a quick tease. 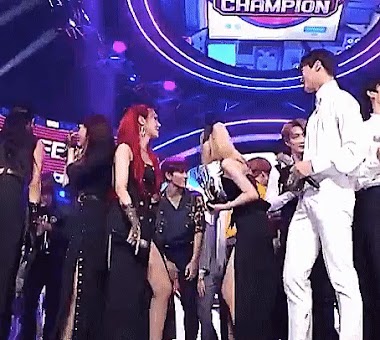 It seems that fans got a kick out of it too this time. The moment is indeed pretty heart-fluttering as third party watchers!

This description is so accurate!

Moonbin’s cute personality just comes right out in front of Sinbi! Another fan stated that the two go back to being kids whenever they’re around each other, as they first met when they were 8 years old!

How do Buddys and AROHAs feel about this interaction? As GFRIEND continues to make their rounds of promotion on music shows, we can’t wait to see what the next appearance on Show Champion brings. In the meantime, check out GFRIEND’s latest song, “Apple” here!