On October 31 at 12 AM KST, ATEEZ released their Halloween special cover of Turbo‘s “Black Cat”. 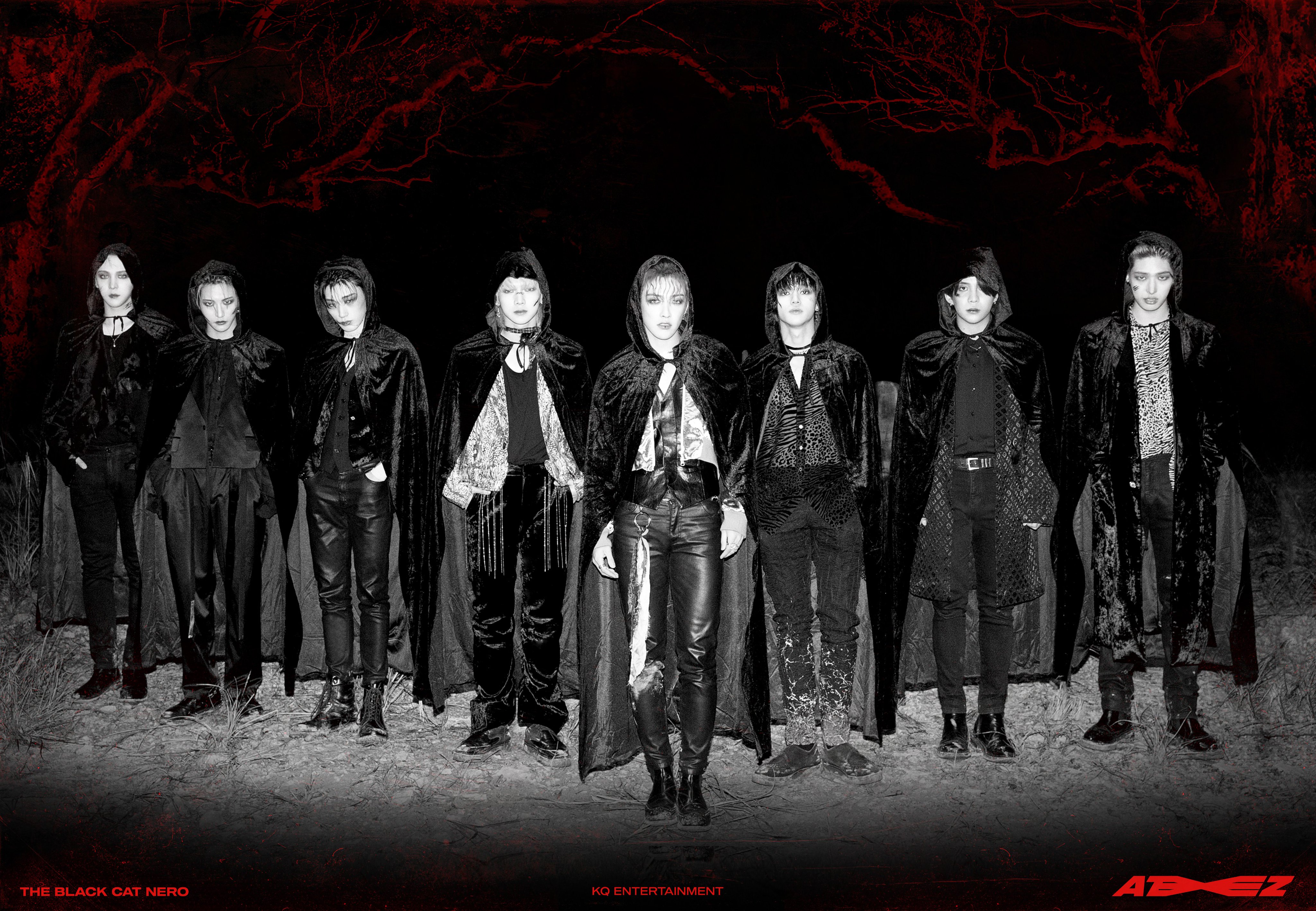 The group has been teasing the cover for a while, having performed the dance originally on Immortal Songs (which helped them dominate the show!) and also performing the Halloween version during their second year anniversary concert, Port of Call. 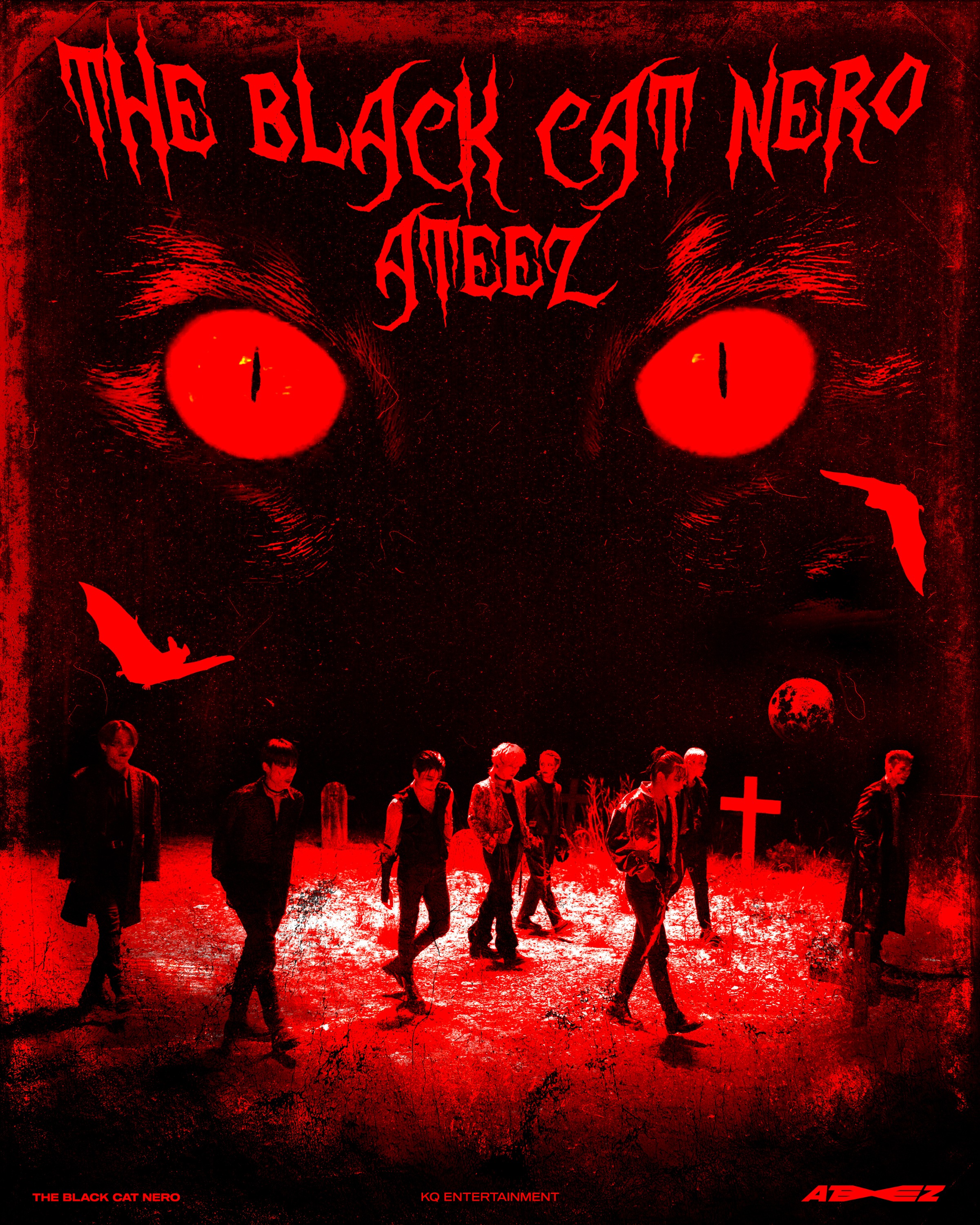 They’ve also been dropping teasers for the last couple of days, getting ATINYs hyped up for another epic Halloween performance after they stunned fans with their “Wonderland” performance for the holiday last year. 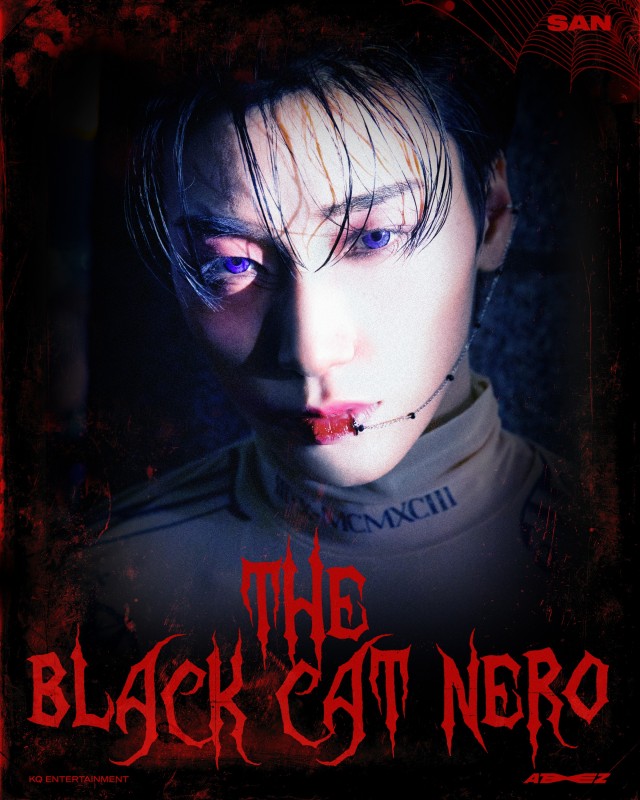 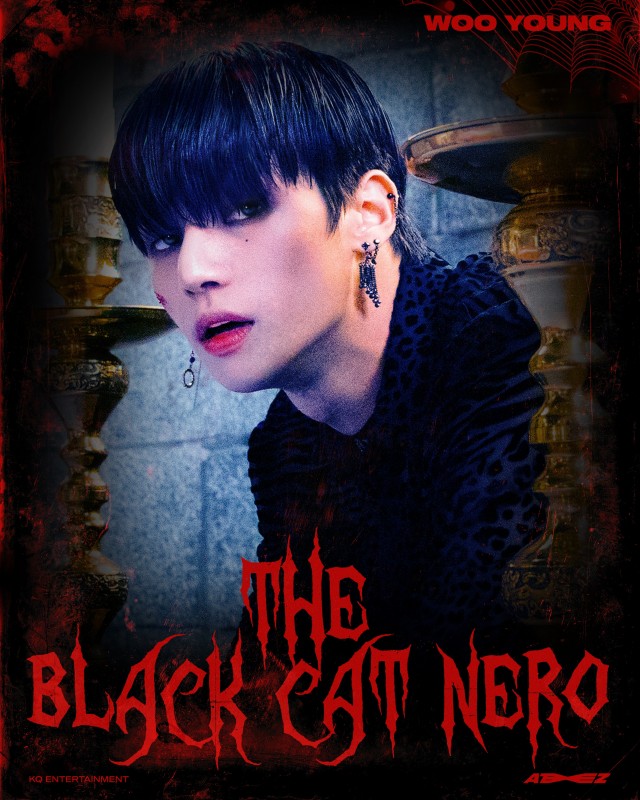 The ATEEZ members looked delightfully spooky in their individual teasers as well! 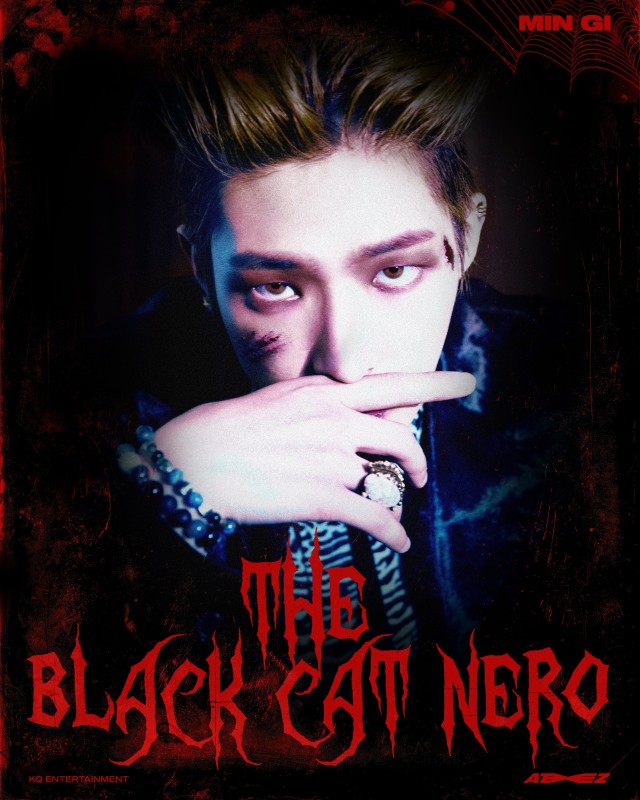 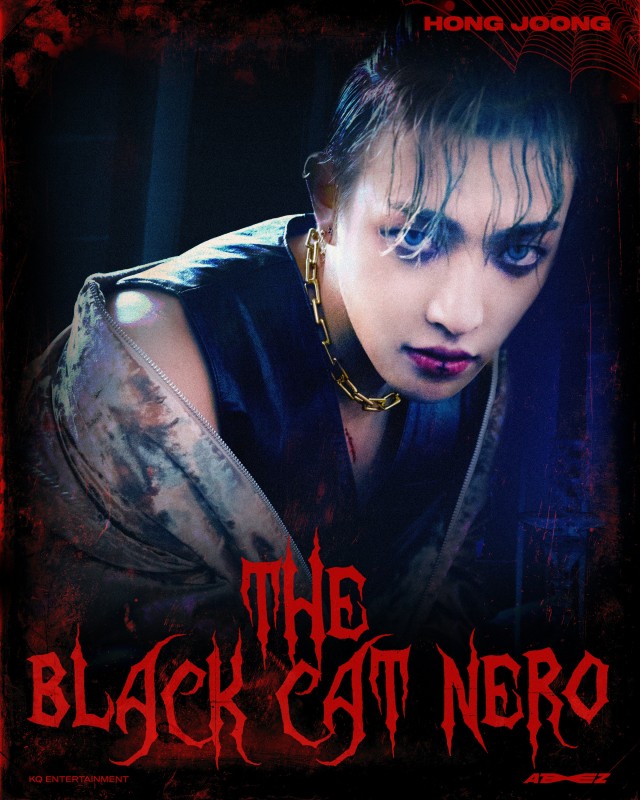 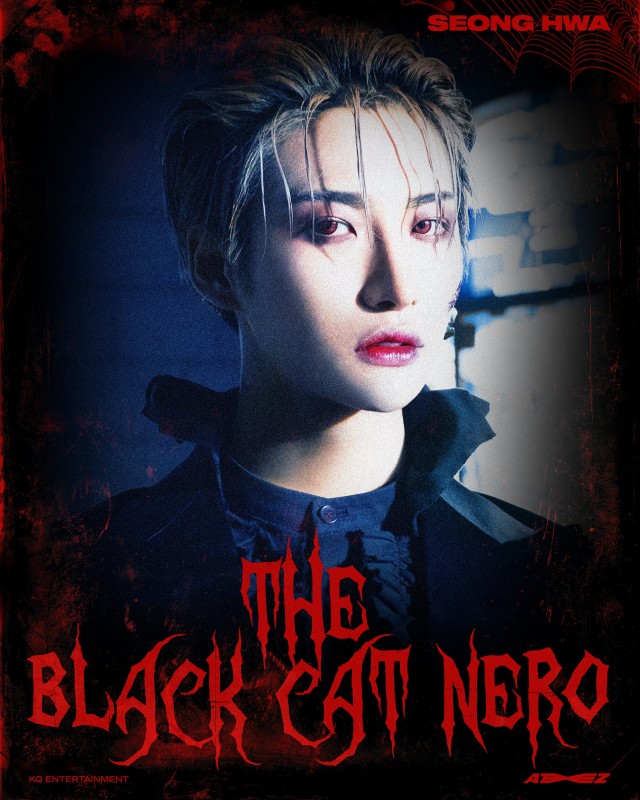 Each of them have slightly different looks, but all the members were dressed for the “Black Cat” theme with various scratches, eerie contact colors, and uniquely styled hair. 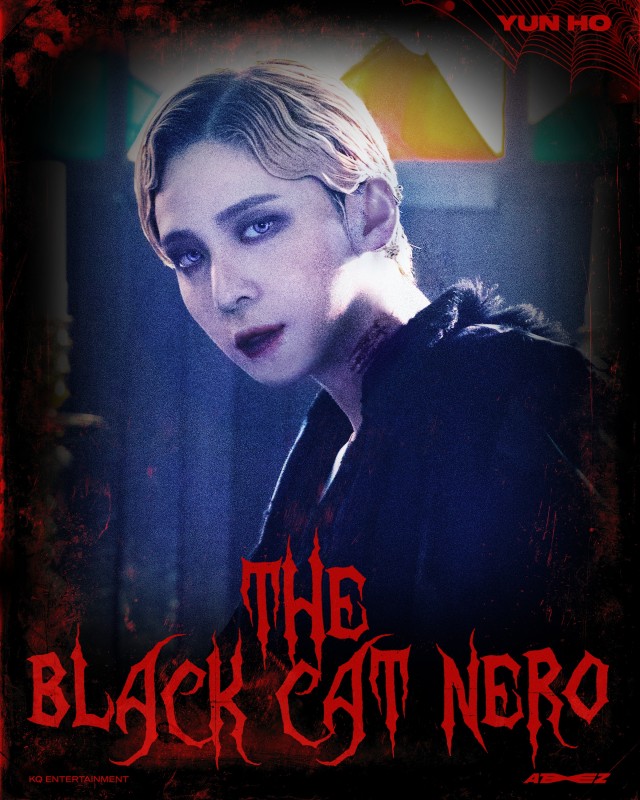 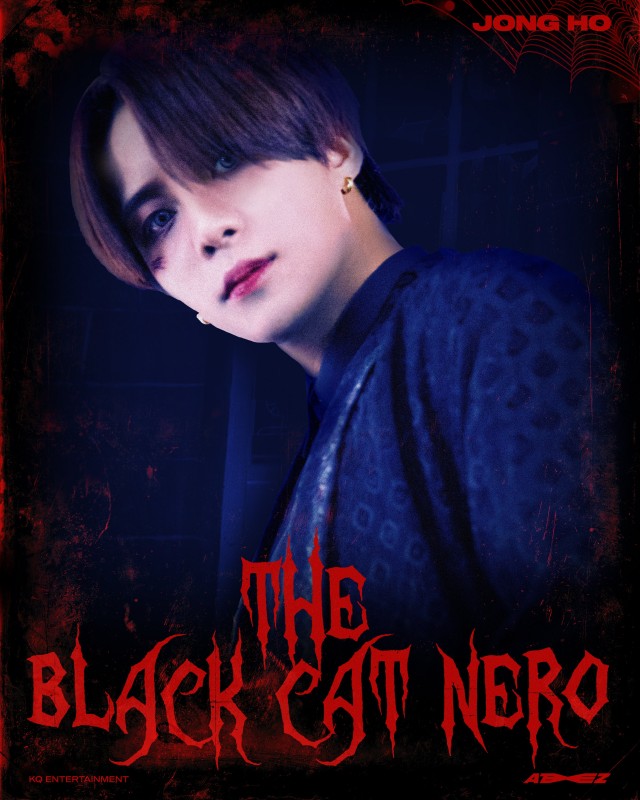 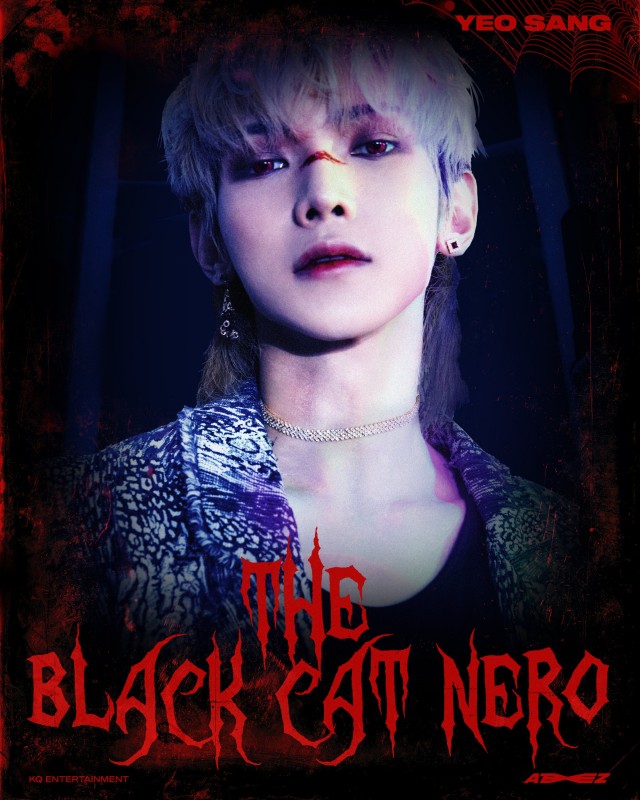 The actual performance video was nothing less than what you would expect from ATEEZ, with incredible vocals, killer choreography, and convincingly spooky performances by the members.

What had fans stunned, however, was who ended up featuring in the video! 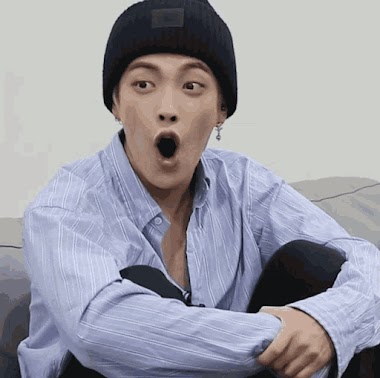 The featured artist was none other than Turbo member Kim Jongkook himself, who had seen ATEEZ’s performance of “Black Cat” on Immortal Songs and was apparently so impressed by their rendition that he was willing to make a rare appearance in a music video.

am still in disbelief that jongkook made an appearance in this like THIS IS SUCH A BIG DEAL#THE_BLACK_CAT_NERO#ATEEZ #에이티즈 @ATEEZofficial
pic.twitter.com/zRi7Xx9fqj

It’s incredible that a still-young group such as ATEEZ could end up with such a legendary idol in their video!

kim jongkook was one of the people who cheered ateez the most after their black cat performance on immortal songs and they really invited him to be a part of their performance video now ???? how thoughtful pic.twitter.com/fkxmzAZFar

Fans also noticed that the group included iconic parts from their own original choreographies into the “Black Cat” dance, making it uniquely their own.

If you haven’t already seen the incredible performance video, watch it here: