B.A.P Talks Weird Habits, Members They Want To Sit With On Flights, And More

One of the questions asked them to pick the member with the strangest habits. Himchan picked Zelo because he always says “me, too” and goes with the other members’ decisions. For example, if Jongup was going to eat black bean noodles, Zelo would automatically say he would eat that as well. Himchan recalled, “I guess Jongup was fed up with that one day because when Zelo asked him what he was going to eat, Jongup said, ‘I’m going to eat pickled radish, so you should, too.’ So I think saying ‘me, too’ is Zelo’s unique habit.”

Youngjae chose Himchan as the member with the strangest habit because Himchan dislikes silence. Youngjae revealed, “Himchan hates being bored, so he always has to talk. Sometimes, we don’t respond because we’re tired. Then he keeps talking until someone responds to him.” To that, Himchan explained, “I feel like I’m alive when I’m talking, so I have to keep talking.” 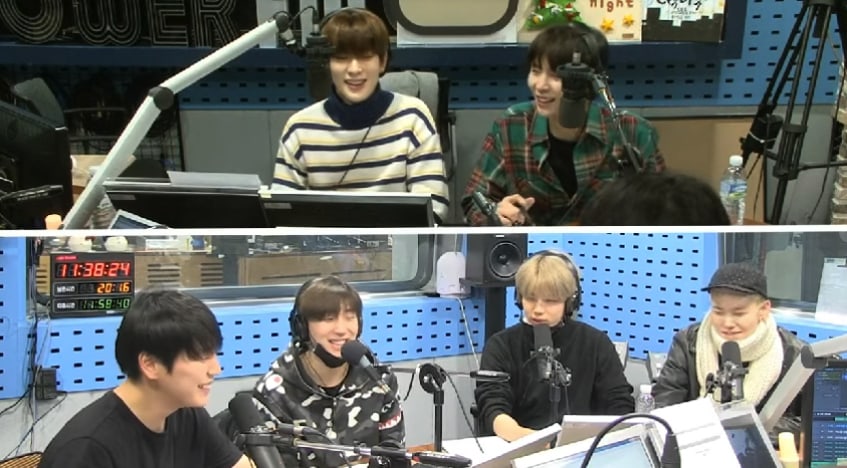 On the other hand, Youngjae chose Jongup to sit with on flights. Youngjae said, “While sleeping, Jongup doesn’t move a lot, and he’s quiet, too.” As for Jongup, it was revealed that he wants to fly alone. He explained, “On the plane, you can watch a lot of movies, so I think it’s a good time to be alone.”

Unlike the other members, Zelo chose to make a wish for Bang Yong Guk because he hardly leaves his home. “If Bang Yong Guk is going to keep staying home, I want to make a ridiculous wish that there could be something there, like an arcade, that he could comfortably enjoy,” Zelo commented.

Meanwhile, B.A.P recently made a comeback with “Hands Up.”