B1A4’s CNU spoke about the difficulties behind his former signature hairstyle on MBC every1’s “Video Star.”

On the February 19 episode, MC Sandara Park asked CNU about the long hair he sported in B1A4’s first few years which helped the group stand out, and also asked about the stress the style caused.

“B1A4 is a dance group and I had to dance on stage,” said CNU. “But having long hair and wearing glasses was actually quite uncomfortable.” The other MCs chimed in that his style was quite unique, and likened his past hairstyle to John Lennon and a nobleman. He added, “I think the length was similar to Kim Sook‘s,” and MC Park So Hyun commented, “To be honest, he was a lot prettier than Kim Sook. It was really new at the time.”

CNU said, “There were many difficulties. For instance, my glasses would fly off when dancing powerfully on stage. One day, I was walking on the streets of Japan and fans gathered around me, but a man grabbed the back of my hair and pulled me. I think he was a drunk man and not a fan.”

“When I returned home, there would be bobby pins in my hair that had been keeping it in place,” continued CNU. “I used to use a lot of bobby pins. I would take each one out and tell myself, ‘You worked hard again today.’ But it was nice that the group was more widely known through that.”

Sandara Park was able to relate to CNU’s story because of the famous eye-catching hairstyles she sported during 2NE1 promotions. “I sympathize with you as well,” replied CNU. 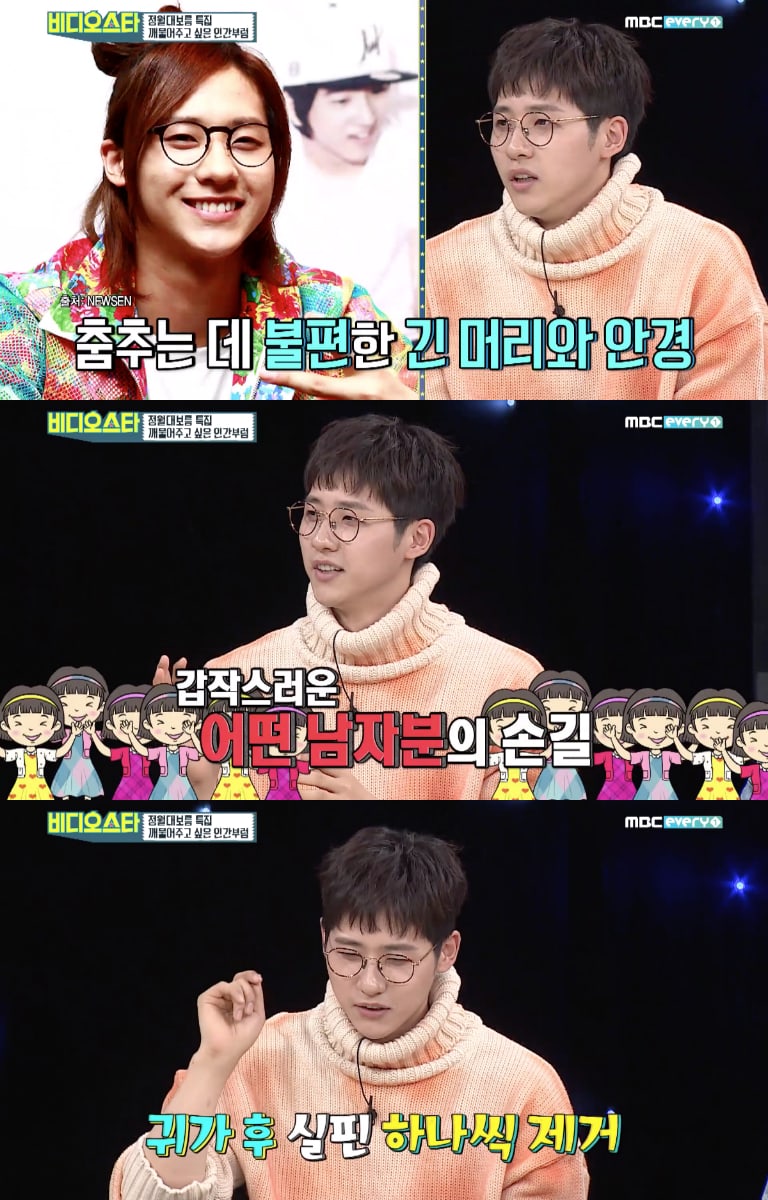