In a tragic story that upset the entire nation overnight, the case of baby Jung In is just beginning. The adoptive mother has officially come forward with a statement that is infuriating netizens all around.

The January 6th episode of SBS 8 O’Clock News featured a segment that discussed baby Jung In’s case. Through the show, new information has been revealed regarding the matter. Communicating through a lawyer, Jung In’s adoptive mother had something to share with the public. This is what she had to say. 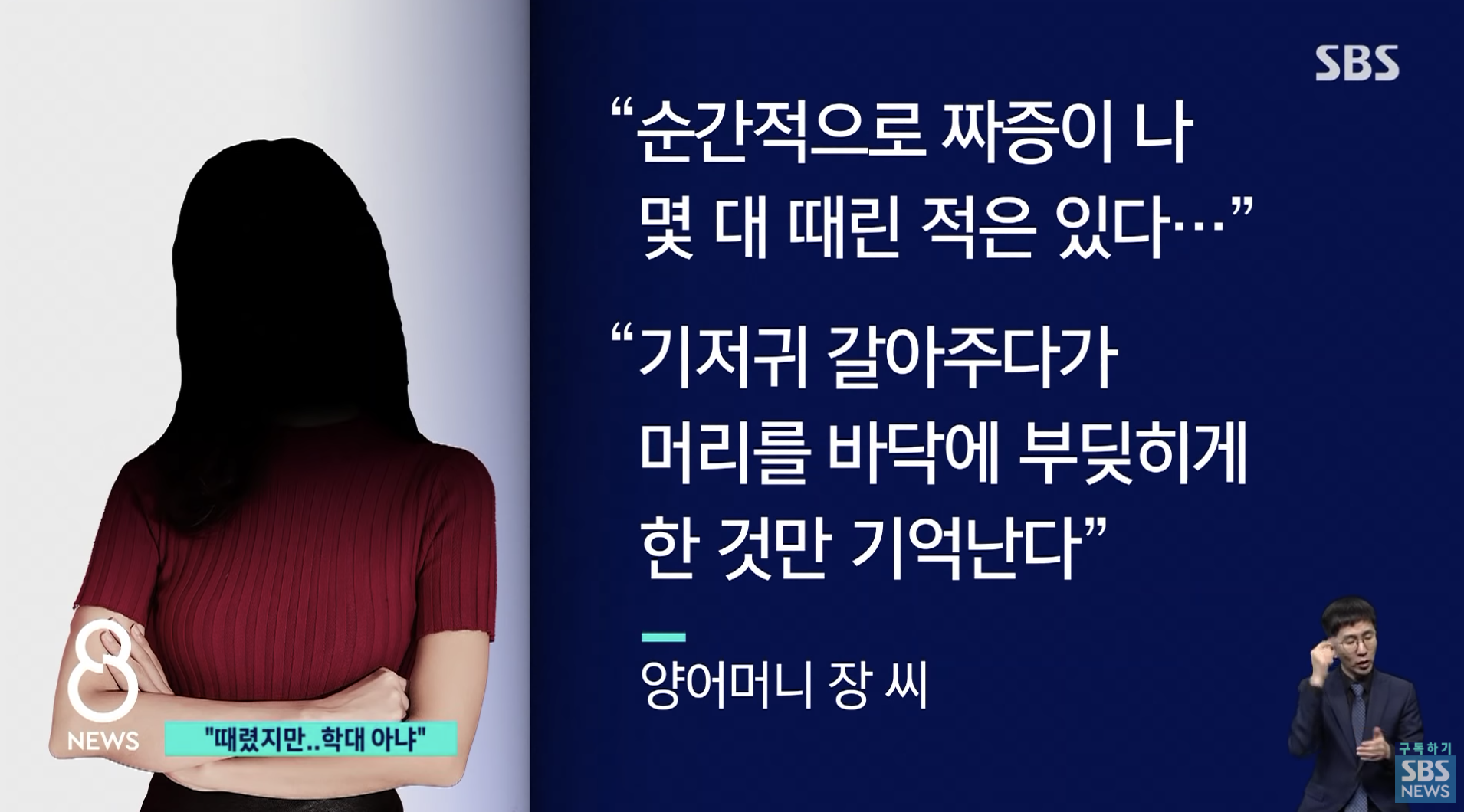 I got mad for a split second so I hit her a couple of times…I was changing her diaper when I pushed her shoulder. As a result, she fell over and hit her head on the floor. That’s all I remember.

To add onto the overall shock of the case, the adoptive mother is claiming that she didn’t do anything wrong.

The adoptive mother says she’s being wronged and put in an unfair position.

Friends and family acquaintances of Jung In’s adoptive parents, however, are starting to step forward to share their testimonies of what they have witnessed.

Friends and family of Jung In’s adoptive parents claim that they had a feeling she was being abused for a long time.

One family friend shared the numerous times they could remember when they found marks all over the baby’s body.

Every time we met, the baby had some type of scar on her. Her face and even her ear was torn one time. Another time she was severely bruised…

Another family friend shared their story of when the adoptive parents left Jung In in the car all alone while they went to have a meal.

They left the baby in her carseat all alone while they went to go eat. Aren’t you supposed to bring your child? Isn’t that dangerous…

Another family acquaintance shared their personal experience with Jung In’s adoptive parents and the neglect they witnessed with their own eyes.

They would leave her by herself in her room and come over. So I would ask them ‘what are you going to do if Jung In gets hurt’ to which they responded that she played well by herself. They claimed that she would just fall asleep if she got tired.

While the adoptive mother continues to justify her actions and share how wronged she feels to the public, the adoptive father has stepped up and admitted to the charges.

The adoptive father has admitted to the charges of neglect and abuse.

After watching the news segment, netizens have erupted in rage and shared their thoughts on the matter. Here is what they had to say.

Jung In’s child abuse case is set to go to trial beginning January 13th. While there is nothing we can do to bring the sweet angel back, we can only hope that justice will be served in her name. Rest in peace Jung In.