Back To School: 7 Rejuvenating C-Dramas And TW-Dramas To Inspire You

As back-to-school season approaches (for some, it’s arrived already), the question must be asked: what should you watch now that assignments, exams, and/or extracurricular activities are taking over your schedule? If this sounds like you, don’t fret – we’ve got your back with seven dramas full of enjoyable, engaging, and oftentimes relatable material that all revolve around high school or university.

So, whether you are looking to fill your last academic-free days with some slice-of-life goodness, sci-fi thrills, or sports dramas – or, if you already started going to school and just need to renew your energy with the fact that life does indeed continue after these scholastic days – keep reading and you’ll be sure to find at least one drama that suits your back-to-school needs!

This 2016 Taiwanese drama stars Nikki Hsieh as Alice, a cold 30-year-old woman who goes through life on autopilot. Her mundane existence gets shaken up when one day she suddenly finds herself transported back to her 17-year-old self. As she interacts with old high school friends and is reconnected with her younger self’s dreams and ambitions, Alice receives the chance take fate into her own hands when she is faced with a huge mistake she made during her teen years.

One thing (among many) that this drama does well is that it stays true to the adolescent mind without coming across as patronizing. It displays problems that teens go through with sincerity and overall accuracy. The characters’ internal developments – as well as their chemistry with others on screen – is executed brilliantly by the cast, and is a treat to watch. Overall, it’s a drama that is quite simply done well.

Another reason I recommend this for the back-to-school season is because the drama only has 15 episodes. It’s enough to get viewers super invested without dragging on for too long. It also gets right into the story without a lot of fuss – perfect for when you need a quick drama fix, but eventually need to get back to that homework. 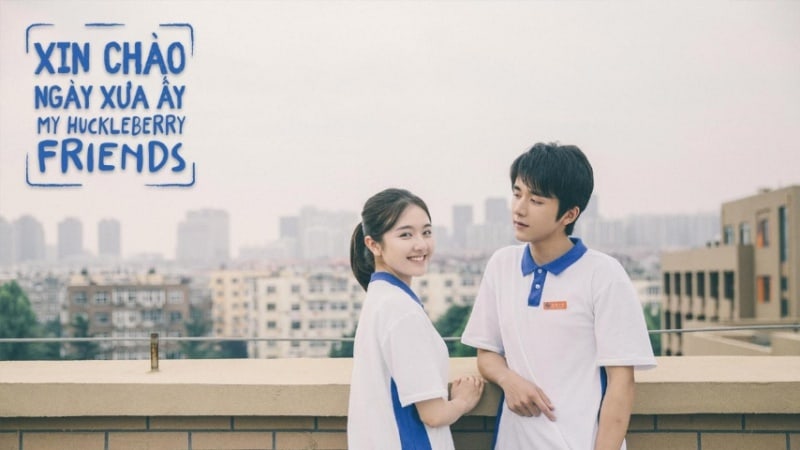 This slice-of-life Chinese drama tells the story of Yu Zhou Zhou (Landy Li) and childhood friend Lin Yang (Steven Zhang) as they navigate the trials and tribulations of teenage life. From heavy topics such as terminal illness and domestic violence, to everyday trivialities and embarrassments that are basically inevitable in those teen years, this drama covers them all in a realistic and convincing manner.

At first glance, “My Huckleberry Friends” appears to be of the same cookie cutter mold that a lot of high school dramas tend to fall into; however, it stays away from overused and totally predictable stereotypes as it meticulously peels back the layers to a wide variety of characters (all beautifully acted by the young actors and actresses). You’d be hard-pressed to find a character you could not connect with on some level.

So, if you’re looking for an easy watch with side characters who are just as lovable and endearing as the leads – or if you just want some assurance that your high school years weren’t the only ones full of awkwardness and pressure, then this drama is definitely for you! 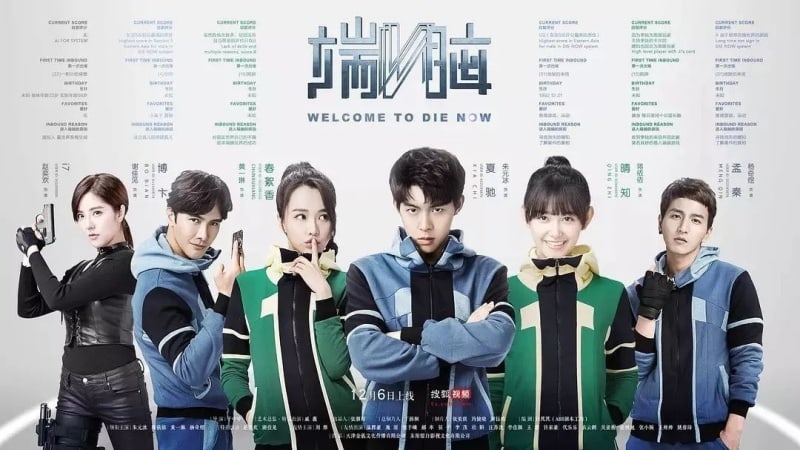 This Chinese drama is adapted from a comic by Bi Shui Yu, which is why it definitely has a comic feel! “Die Now” tells the story of Xia Chi (Ryan Zhu), a university student whose sharp wit and reasoning skills are put to the test when he is forced to enter an alternate gaming universe with his friend Meng Qin (Fabien Yang). The two must advance level by level in the dangerous world run by a sinister organization known as Die Now.

This drama is quick-paced and exciting, with a clever plot and colorful characters. Plus, the action is front and center, with romance taking the backseat. This 20-episode drama is also a fairly quick and easy watch, as most episodes run about 35 minutes each. So if you’re on the hunt for less romance but more mystery and sci-fi, then “Die Now” is for you! 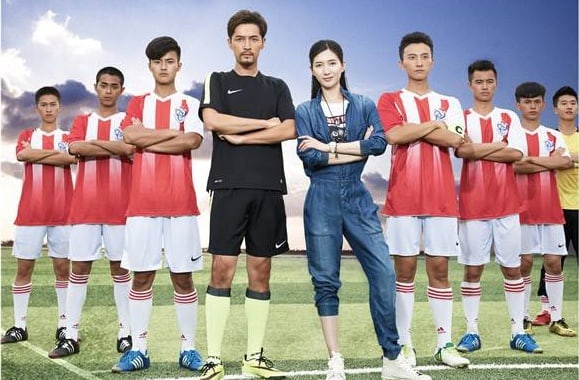 This 2016 Chinese drama tells the story of Mu Qi (Hu Ge), a retired soccer coach whose past gambling habit leads to numerous financial problems that force him to return to coaching. Working alongside fellow coach (and math teacher) Pei Duo (Maggie Jiang), Mu Qi starts to bring out the potential in his players while teaching life lessons along the way.

As a former high school athlete, I was pleasantly surprised by players’ skills – nothing is more cringe-y than seeing actors fake sports skills on-screen, which this drama thankfully stays away from. Aside from that, the drama is simple, straightforward, refreshing to watch, and totally binge-worthy. If you haven’t yet found a drama that captures your attention on this list, I’d recommend giving this one a shot! 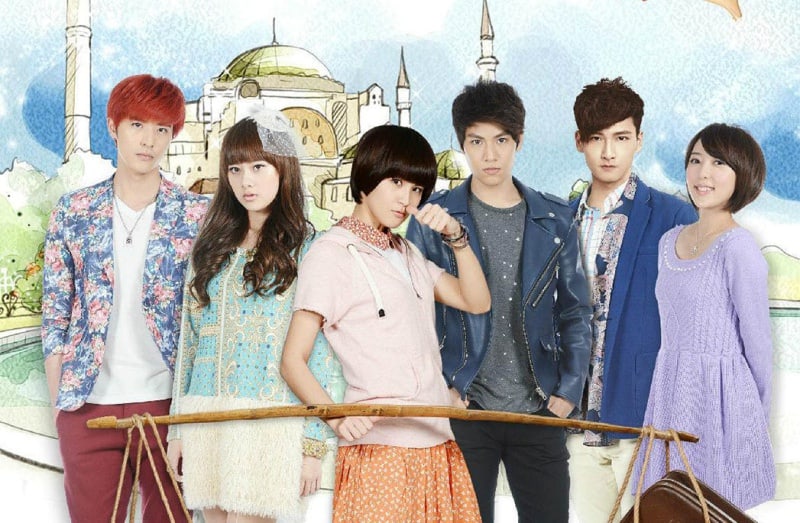 “Moon River” is a 2015 Taiwanese drama that recounts the ventures of awkward and unkempt Ming Xiao Xi (Pets Tseng), whose impressive academic achievements and unparalleled Kung Fu skills get her admitted to the elite Kuan Yu University. Due to her humble family background, she doesn’t fit in with her fellow upper-class students. As she becomes involved in other people’s lives at the university, specifically the troubled Mu Liu Bing (Sam Lin), friendships and romances are put to the test as revenge, jealousy, and everyday trials of young adulthood enter the picture.

“Moon River” has just about everything you could want packed into one drama. It’s funny, adorable, tragic, irritating (at characters who you’re supposed to be irritated at), and has lots and lots of young adult angst. I wouldn’t go into this expecting a super unique or intricate plot – you might be disappointed. But I would recommend it to those who need a break from studying and just want a little fun (and a lot of major eye-candy). 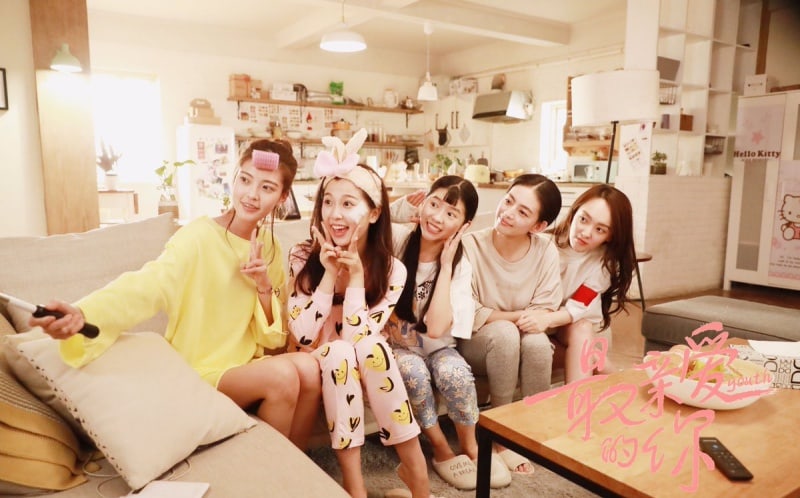 This 2018 Chinese web drama depicts five female college students who share a house together while attending the same university. As they learn more about each other and themselves, the five women navigate romance and friendship in the backdrop of bustling university life.

The plot sounds so simple because it is! The super slice-of-life vibe of this drama makes it a thoroughly enjoyable watch that reminds viewers of the strength (and trials) that friendships bring. The girls and their respective romantic interests all have differing personalities and habits, which make for both humorous and awkward scenarios. They’re relatable and adorable, so if you need a little romantic cuteness overload or a friendship-centric pick-me-up, check out “Youth”!

Currently airing as of August 19th, “Campus Heroes” narrates the story of Lu Da Xiang (Wes Lo), a former pro baseball player whose quick temper gets him fired from playing. Now a high school social studies teacher, Da Xiang uses his own unique teaching methods to instruct his students. Behind his gruff and blunt exterior, he truly cares about his class and their academic journeys.

This drama just began airing but it goes on the list because, as important as it is to have a finished drama to binge when you need a little distraction, it’s also important to have upcoming episodes to look forward to! (Also, this way you can’t waste too much time watching episodes because, well, they’re not out yet.)

Using the tried-and-true, “Teacher uses unconventional teaching methods to help unruly students” formula, “Campus Heroes” is setting up for a successful run and an enjoyable watch. The humor and the acting is already proving to be enjoyable, and I would recommend it to anyone for this back-to-school season!

Are you ready for back-to-school time, Soompiers? What do you think of the list? Let me know down below!