In the show, Baek Jin Hee shows off her straight-forward and refreshing charms as the show’s “girl crush” while playing the role of a Lee Luda, an employee who goes against her horrible boss Baek Jin Sang (Kang Ji Hwan).

In the released pictures, Baek Jin Hee shows off her smile and uses adorable props to showcase her lovely charms. Putting aside her fierce character Lee Luda, Baek Jin Hee acted as the mood maker behind the scenes to cheer up the tired actors and staff. 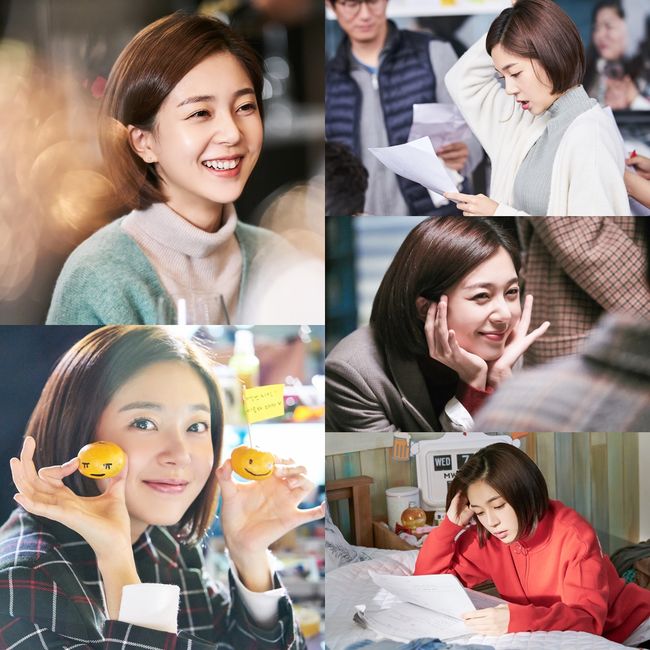 Furthermore, viewers can also see her professional side as she plays the role of Lee Luda. Despite becoming tired from having to repeat the same scenes due to the “time-loop” aspect of the plot, she revealed her passion for acting by consistently practicing her lines during breaks.