Baek A Yeon will be making a comeback soon!

On November 12, JYP Entertainment shared an interesting teaser photo for the solo artist that shows her lying in front of a mirror, with her reflection looking up at the camera.

According to the information shared with the teaser, Baek A Yeon is gearing up to release her fourth mini album title “Dear Me.” She will be releasing her new music on November 21 at 6 p.m. KST. 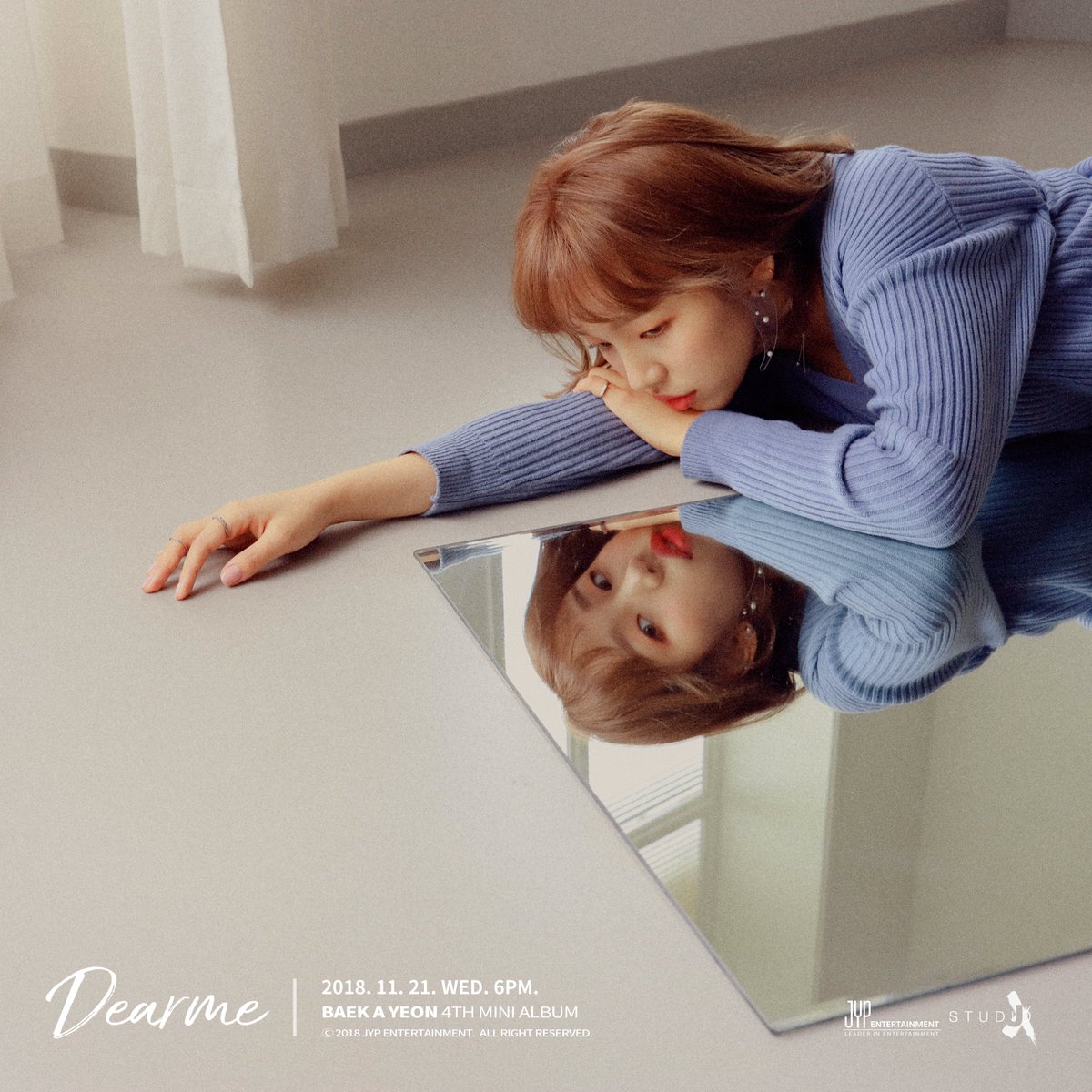 This will be the singer’s first comeback in approximately one and a half years since the release of “Sweet Lies” in May 2017. She also teamed up with Red Velvet’s Wendy in December 2017 to release “The Little Match Girl” for SM STATION 2.

Are you excited for Baek A Yeon’s return?