Baek A Yeon has channeled her inner Disney fan for a performance on “Yoo Hee Yeol’s Sketchbook”! 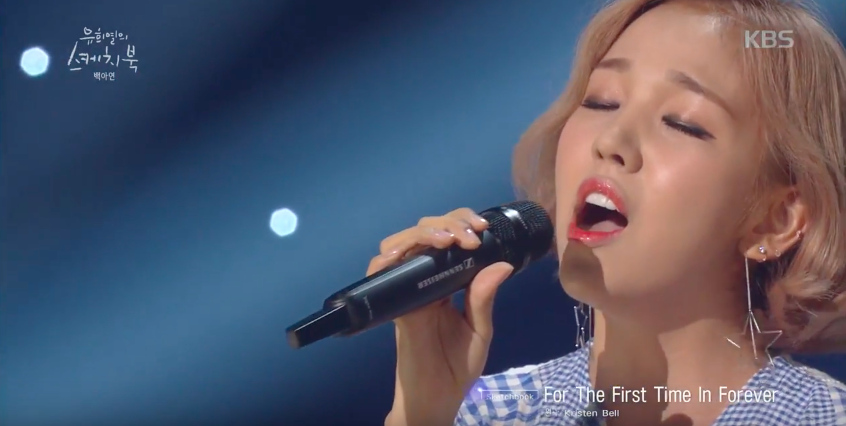 On the June 17 episode of the popular music show, Baek A Yeon sings a medley of songs from some of Disney’s most popular movies – “Tangled,” “Frozen,” and “The Little Mermaid.” Viewers and fans alike have complimented Baek A Yeon’s performance, saying that her voice is well-suited for Disney songs and that her English pronunciation is good. 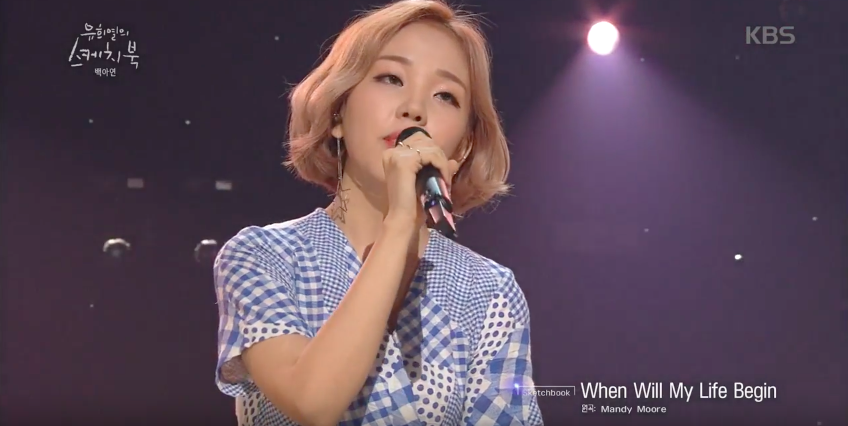 Baek A Yeon explains, “I have a tone that’s very similar to [the original artists] on the Disney soundtracks, so I’ve covered a lot of Disney songs.” She goes on to surprise everyone by revealing that she’s never taken singing lessons.

Meanwhile, Baek A Yeon recently made her comeback with “So So.” Check out the adorable medley by clicking on the link here!