BEAST’s Yong Junhyung Reveals How Much He Earns From Royalties

BEAST’s Yong Junhyung spills details about his royalty earnings as a composer and producer.

Recently, the rapper-producer appeared as a guest on KBS2’s “Happy Together.”

During the episode, Park Myung Soo asks him to reveal his monthly income from royalties by describing the kind of car it is worth. Yong Jun Hyung answers, “When the pay is good, it’s worth a German car, but second-hand. One that hasn’t been on any accidents, with a mileage of 50,000 kilometers, and was first bought in 2014.”

He continues, “But the pay is erratic. When it is low, it can be shockingly so. It would be worth a wrecked car that’s been flooded.” 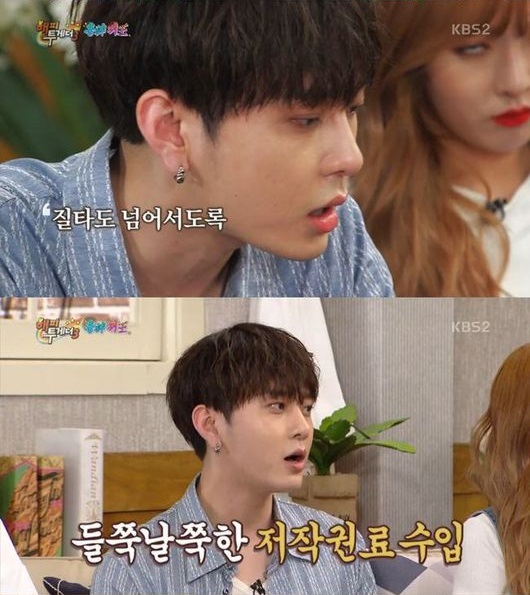 He explains, “The income comes and goes because I have to promote as an artist as well. I rarely do commission work.”

The rapper also shares how he would feel if his fellow BEAST members react negatively to his songs, and says, “I would be hurt, but I’m one to grit my teeth and overcome it. I would rest for one or two days.”

Catch the “Happy Together” episode below!