The drama “The Liar and His Lover” recently released some behind-the-scenes photos from set, and the actors look cuter and friendlier than ever!

In one of the latest stills, the Mush & Co trio, consisting of Red Velvet’s Joy, Park Jong Hyuk, and Song Kang, gather to take some selfies together. Another photo shows Lee Hyun Woo and UNIQ’s Sungjoo getting nice and close as they monitor themselves on screen.

In the last photo, actors Lee Jung Jin, Hong Seo Young, and Park Ji Young also pose for a selfie together. Unlike their roles in the drama, the co-stars actually seem to be quite friendly with each other in real life. 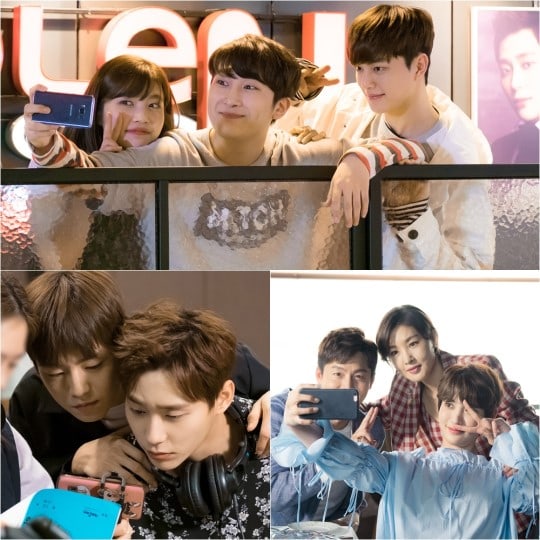 Meanwhile, “The Liar and His Lover” airs every Monday and Tuesday at 11 p.m. KST.