The film “Believer” has already hit the one million moviegoer mark!

“Believer” surpassed one million moviegoers in just five days, becoming the first Korean movie to top Korea’s box office in six weeks, as well. According to the Korean Film Council, “Believer” reached 1,004,563 moviegoers as of 8 a.m. KST on May 26. “Believer” has demonstrated impressive success even among the widely popular Marvel superhero movies “Avengers: Infinity War” and “Deadpool 2.”

In reaching one million moviegoers, “Believer” has also become the fastest Korean movie to accomplish this milestone in 2018. The movie released a photo of some of the cast members celebrating this achievement. In the photo, Jo Jin Woong, Ryu Jun Yeol, Jin Seo Yeon, Kim Dong Young, and Lee Joo Young smile alongside director Lee Hae Young. Lee Joo Young can be seen holding a cake with “100” candles. 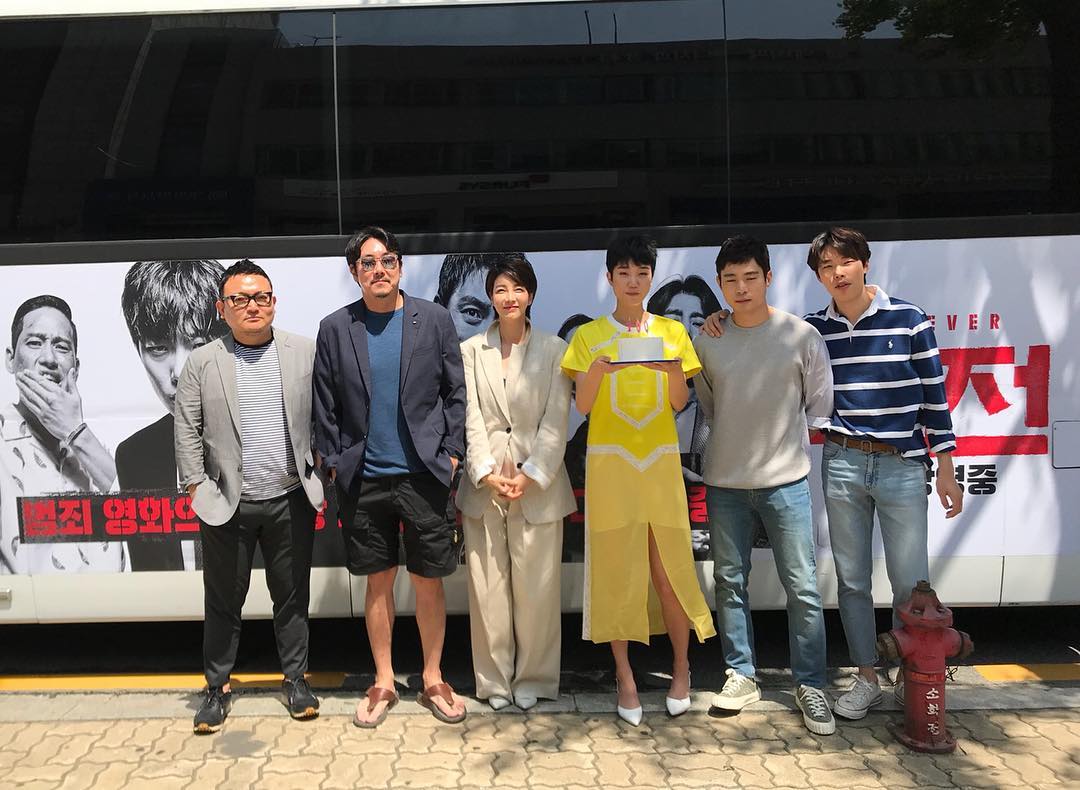 “Believer” premiered on May 22 and is currently playing in theaters in Korea.