Halloween is just around the corner and you know what that means, costumes! Whether it’s for Halloween or for a performance, our K-Pop idols have worn some funky costumes. So here are 8 of the wildest costumes K-Pop has seen. 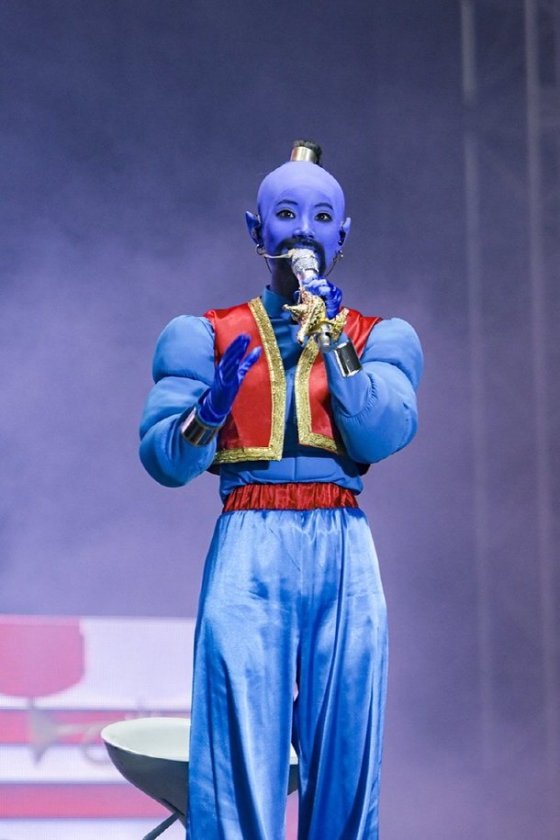 TWICE‘s Dahyun is known for her goofy personality and ability to make fans laugh. She wore this insanely accurate genie costume for one of their performances and it went viral. Girl group members don’t usually go for a goofy costume which is why this costume became the talk of the town! 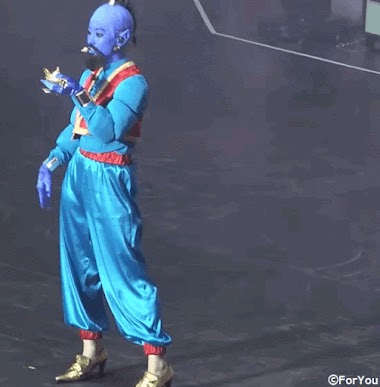 Oh Dahyun, she never fails to make us laugh! We love that she’s always willing to do something new and funky for her fans. 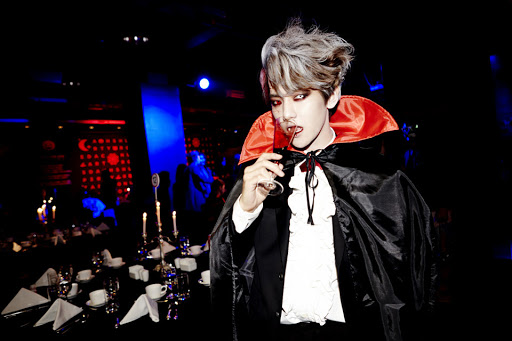 EXO‘s Baekhyun wore this crazy vampire costume for one of SM Entertainment‘s annual Halloween parties! We love the accurate depiction of the cape and costume but it was really the makeup that hit it home for the fans. The different colored contacts and ghastly makeup really makes him look like a vampire. 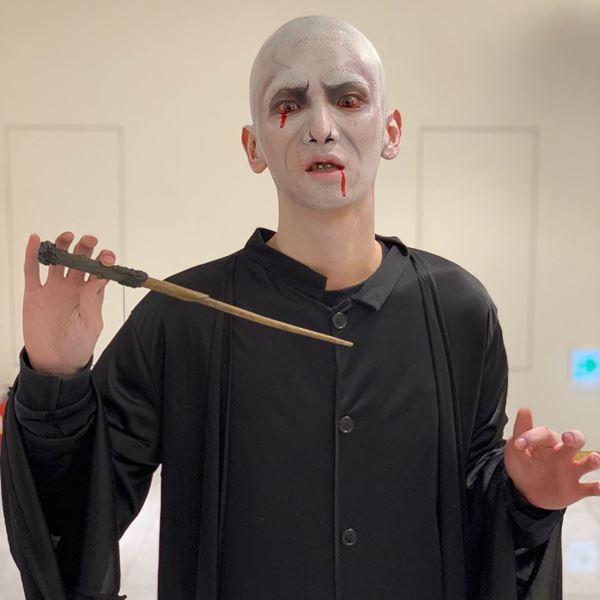 Key of SHINee nailed these two Halloween looks for one of the many annual Halloween parties that SM Entertainment throws. The first one is when he dressed up as Voldemort from Harry Potter. We love how realistic the makeup and facial expressions are! 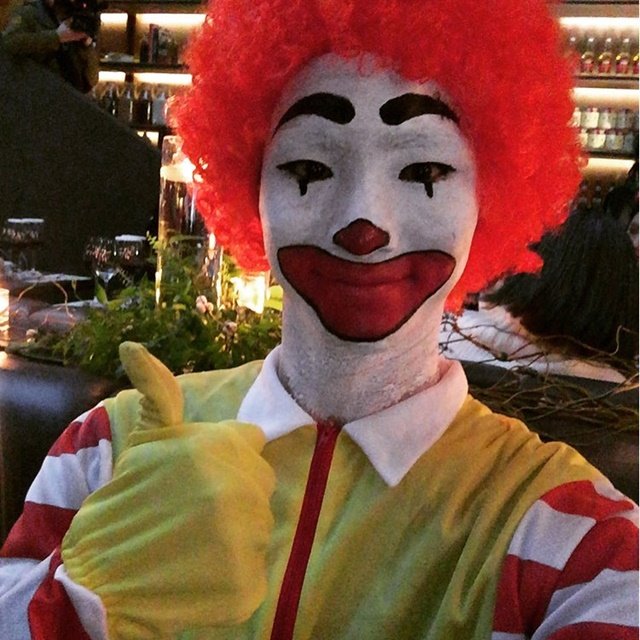 Next up is Ronald McDonald. The costume itself is more than enough but it is the makeup that was killer. Whoever did it deserves a raise! Add that with the curly red wig and it’s a slam dunk. We love that he committed to it! 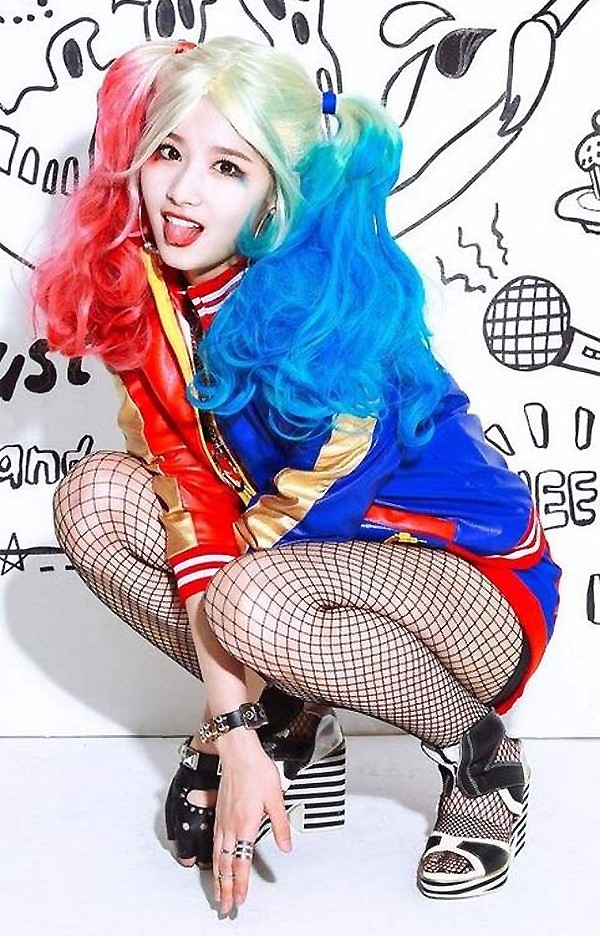 Many female idols have donned this costume for a variety of reasons but Sana from TWICE looks pretty amazing as Harley Quinn! The iconic pink and blue pigtails along with the fun varsity jacket really makes this costume pop. This sexier image of Sana really wowed fans all around. 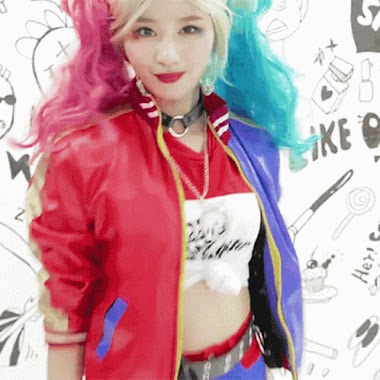 Although it might not be everyone’s cup of tea, Sana’s visuals somehow shine brighter as she dons this crazy colorful costume. She pulls off the look perfectly! 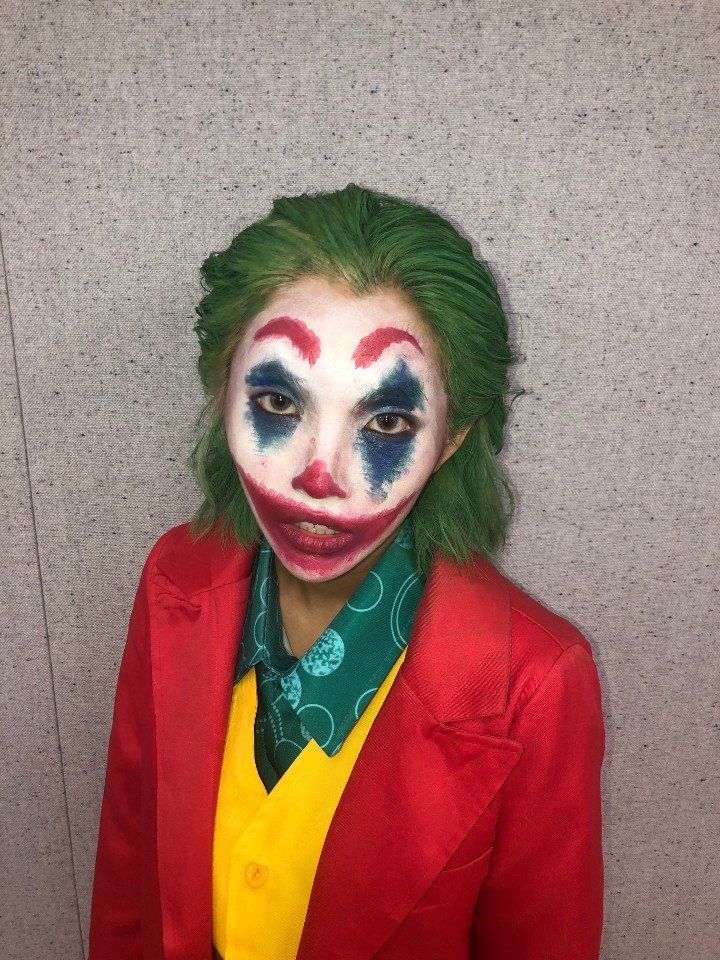 The crazy talented leader of (G)-IDLE is up next on this list. Soyeon looked insanely good as the Joker for one of their performance videos. All the members dressed up as their favorite villain but hers definitely stood out the most. The creepy makeup, green hair and the iconic wardrobe really hit it home with fans everywhere. 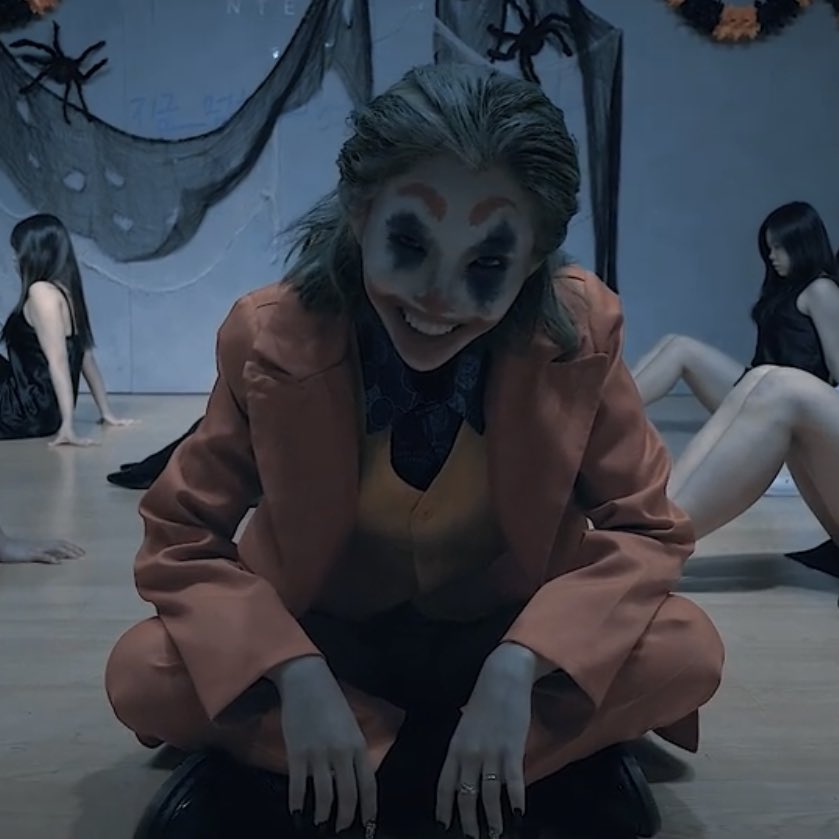 Look how creepy she looks! And we mean that in the best way possible. Soyeon proves, once again how (G)-IDLE never does anything lightly. If they commit to something, they nail it out of the park and this was no different. 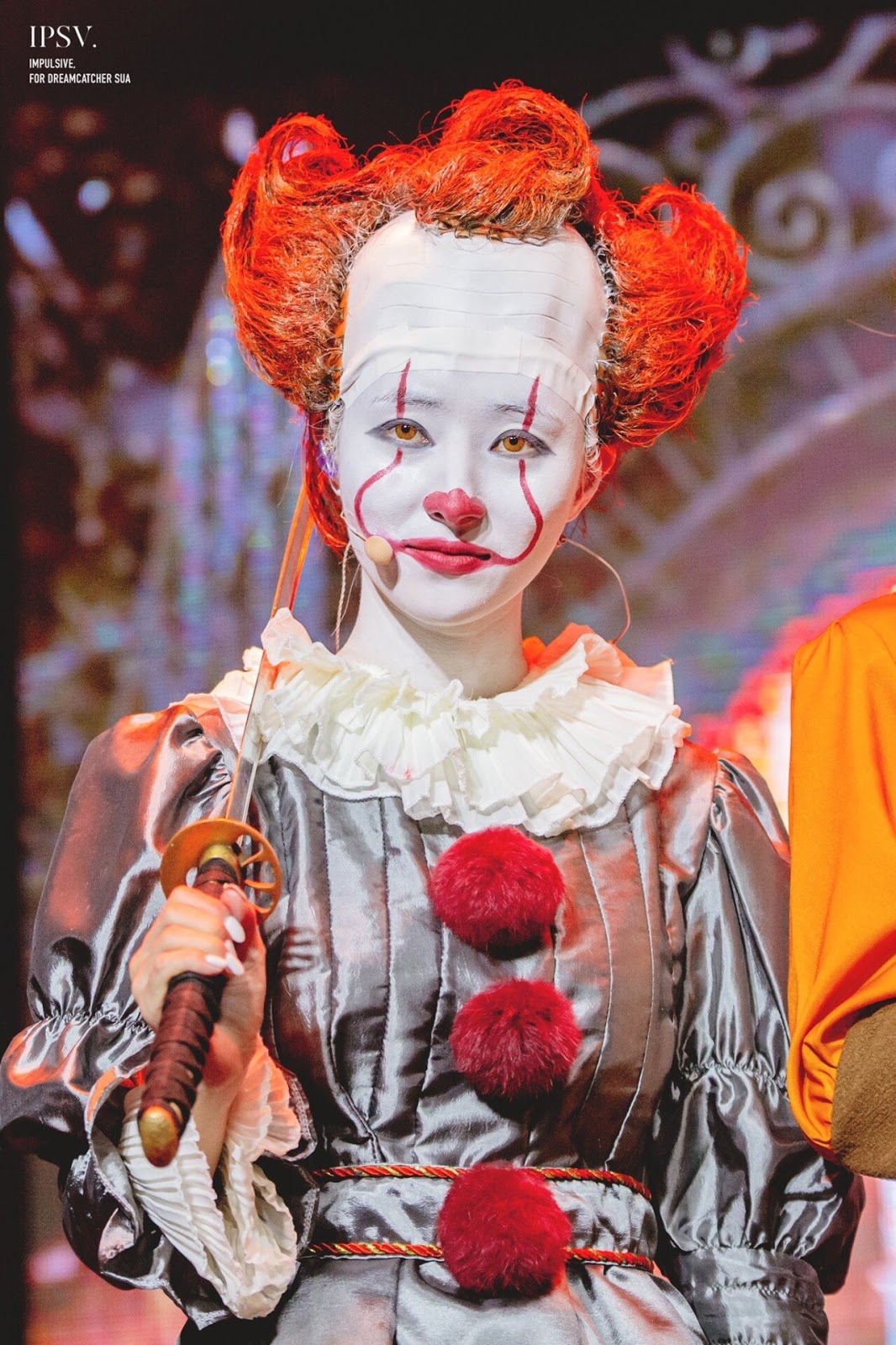 We love all these girl group members who are stepping away from the girly, cutesy costumes! Dreamcatcher‘s Sua dressed up as our favorite clown, Pennywise. With the accurate makeup and crazy hair, she nailed this look. Who doesn’t like a good creepy costume for Halloween? 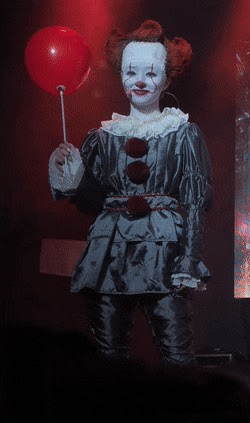 The red balloon that she holds completes the entire look. We love how silly she is with her fellow members even though she’s wearing a creepy costume! The duality is amazing. 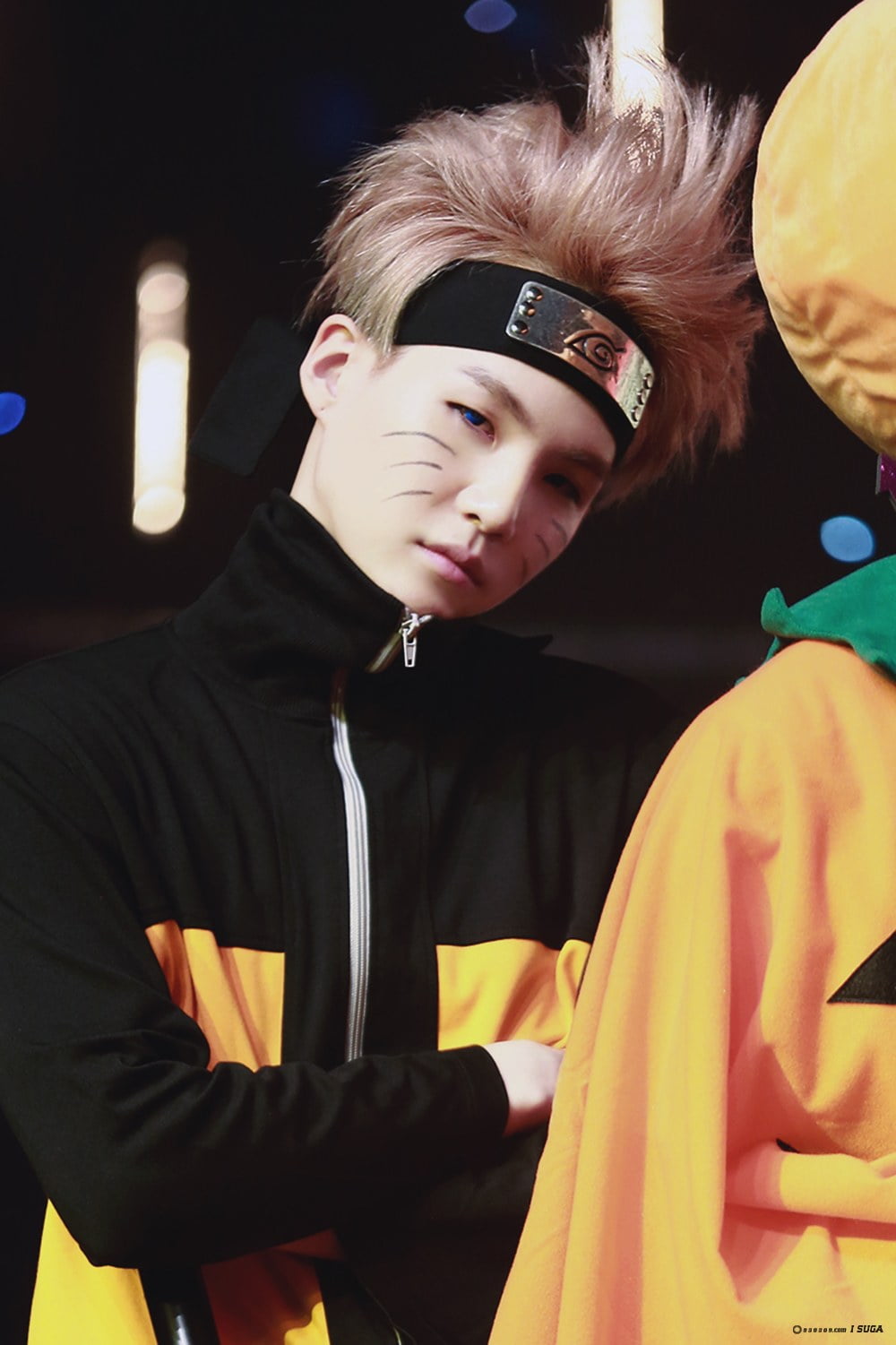 Suga of mega popular boy group BTS once dressed up as Naruto and he looks absolutely adorable! It’s awesome seeing him out of his usual cool element. With the voluminous hair, black hair band and face whiskers, he did a wonderful job with this costume. 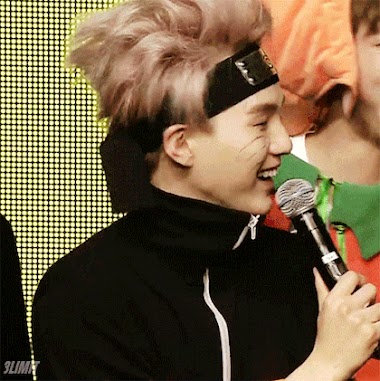 His cute visuals and adorable smile somehow makes this costume even better. Can it always be Halloween so we can this side of Suga more? 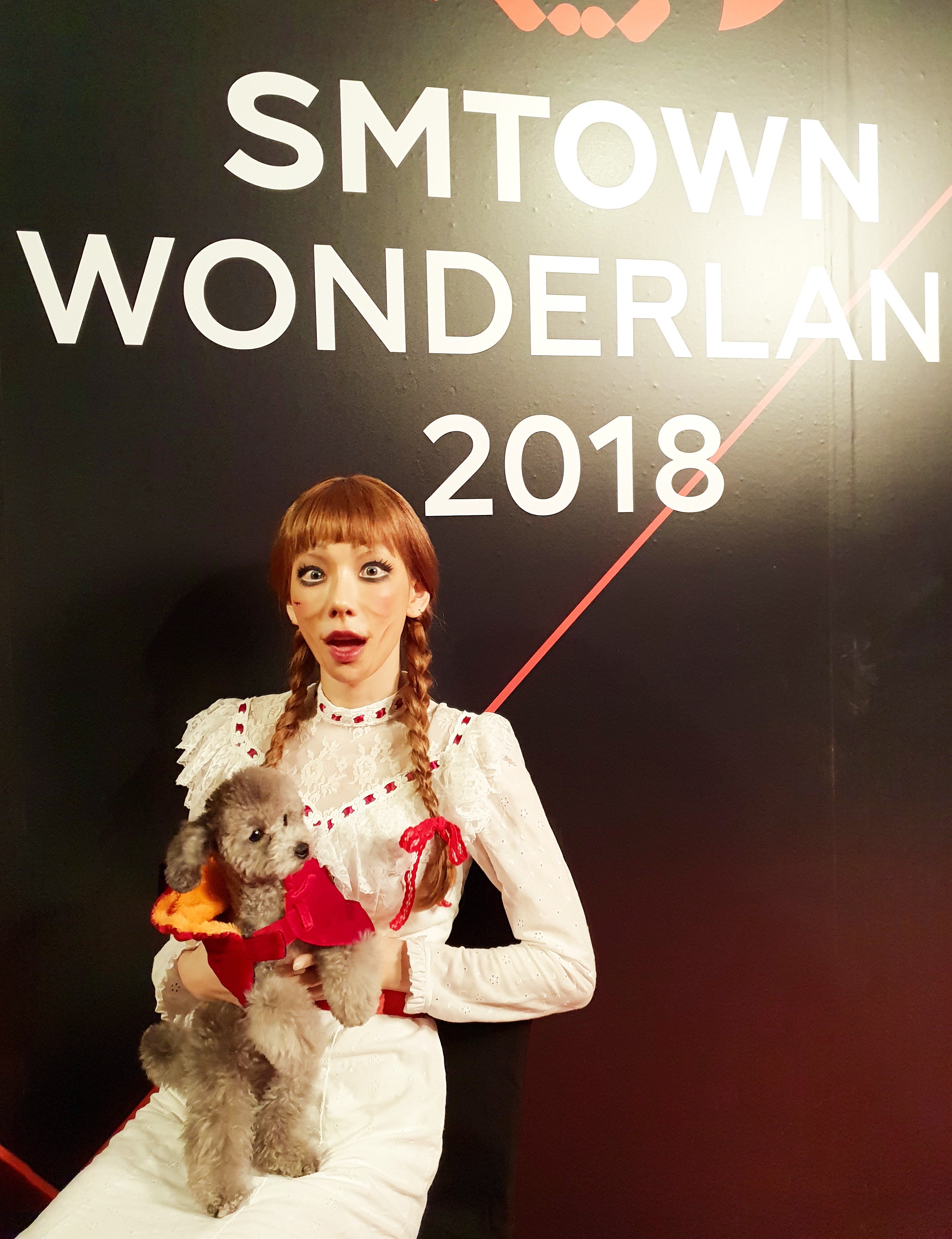 Halloween would be nothing without the horror movies and Taeyeon of Girls’ Generation must have known that when choosing this costume. She paid homage to Annabelle, the creepy doll from the horror film. With her massive eyes and realistic makeup, it’s hard to feel comfortable looking at her. Way to go Taeyeon!