The Best Of The Internet’s Reactions To BTS’s Comeback

Move over Flashback Friday and Freaky Friday, because Fake Love Friday is now the most important Friday of them all.

BTS’s long-awaited comeback is finally here, and between the release of their album “Love Yourself: Tear” and the epic new music video for “Fake Love,” ARMYs around the world are shook. Fake Love Friday hit us like:

And we will never be the same. To help you cope with the glorious perfection of “Love Yourself: Tear,” we bring you a compilation of some of the internet’s best reactions to this comeback. Let’s begin!

As soon as “Fake Love” dropped, ARMYs knew what they had to do:

And stream “Fake Love,” they did.

mom: why are you locked up in your room?

And others were tormented as their bias lists were wrecked.

when you dont know who's your bias anymore because everyone is wrecking you#iVoteBTSBBMAs @BTS_twt #FakeLoveFriday pic.twitter.com/FsoiUuaFXa

Especially when they discovered that BigHit Entertainment did not use any CGI in making the “Fake Love” music video.

BigHit:No CG was used in the making of this video.

Yes, the Snickers, too.

A lot of fans had a lot of thoughts about Jungkook’s abs:

And, of course, ARMYs noticed some connections to previous MVs.

Because everything means something in a BTS music video, and fans are already hard at work deciphering how “Fake Love” relates to past storylines.

So far we have connections to V’s and Jungkook’s dance duet from “DNA”:

” dont worry my love
all of this is not a coincidence
we are totally different baby
the two of us found fate. ” – 2017

” i wish love was perfect as love itself
i wish all my weaknesses could be hidden. ” – 2018#FakeLoveFriday @BTS_twt (c) taehyungbaby pic.twitter.com/gYC07aPs4o

The art in Jimin’s short film from the “Wings” era:

the painting from the lie wings short film is also painted on the wall of jimin’s room in fake love… #IVoteBTSBBMAs @BTS_twt #FakeLoveFriday pic.twitter.com/CRuSc7zaXF

And Suga’s and Jimin’s storylines from “I Need U”:

Bring on the fan theories!

Fans showed enthusiasm for the other tracks from “Love Yourself: Tear”

Because every song on this album is just as lit as “Fake Love.” This fan had some rather elegantly articulated thoughts on “The Truth Untold,” BTS’s second collaboration with Steve Aoki:

And ARMYs from around the world were thrilled that Bangtan masterfully pulled off a Latin vibe on “Airplane, Pt. 2.”

In fact, this whole album is extremely important. We should all take a page out of this ARMY’s book and treat it with the respect it deserves: 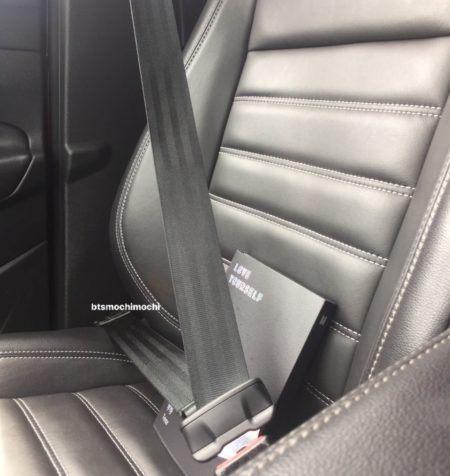 We all related to this meme

Suga actually keeping his cool in “Fake Love” vs. all of us pretending to keep our cool in the face of this life-changing, epic comeback. 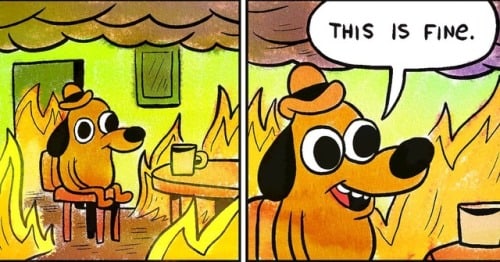 Now that “Love Yourself: Tear” has dropped and BTS’s comeback is in full swing, we hope you’re ready for all the interviews, live performances, and general slayage to come!

How excited are you about BTS’s comeback? Which of these reactions made you laugh? Let us know in the comments!