MONSTA X presented a special headlining show for the HSBC Women’s World Championship in Singapore last Saturday. The concert kicked off with title tracks such as ‘Beautiful‘ and ‘White Love.’ 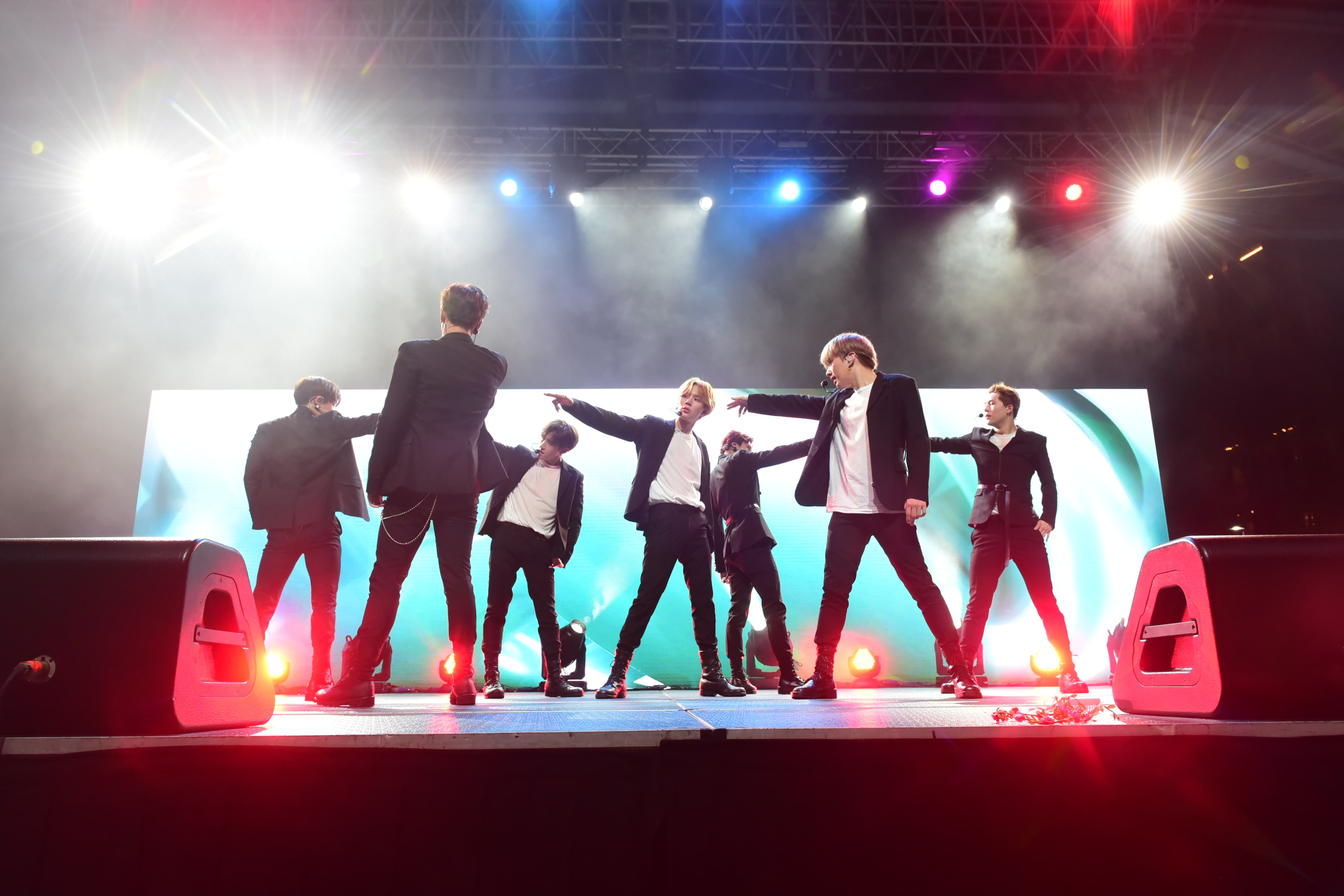 After the explosive open, the boys promptly led fans into a birthday song for Wonho, whose birthday was just two days prior.

The interactive portions of the showcase started with a segment titled ‘Mon-story,’ which revealed never-before-seen photos of the group. This included behind-the-scenes photos from the boys’ older concepts, their first fan meet in Russia, winning at the Mnet Asian Music Awards, Golden Disc Awards, and not forgetting their first ever win at SBS MTV’s ‘The Show’:

In another segment of the showcase titled ‘Moncasso,’ members had to draw pictures of the food that they’d like to share with Monbebes. Here are their hilarious answers:

As I.M won the Moncasso segment, he performed aegyo moves to Seenroot’s song “Oppaya” and was joined in by Wonho. I.M later added in fluent English, that “Singapore is very hot, and because of that, I think Monbebes are so hot.”

During the showcase, MONSTA X also performed other energetic tunes like ‘Hero,’ ‘Shine Forever,’ and one of their favorite songs, ‘From Zero.’ Before the show concluded, the boys celebrated Wonho’s birthday once more with a cake designed to look like ramen in a pot, and according to Wonho, tasted like choco pie:

#MONSTAXinSG WHEN WONHO WANTED TO EAT MORE OF HIS BIRTHDAY CAKE BUT THE MEMBERS TOLD HIM TO STOP? pic.twitter.com/xjW4nenDLR

The show ended with an enchanting performance of ‘Dramarama,’ and an encore which included emotional songs like ‘5:14.’ 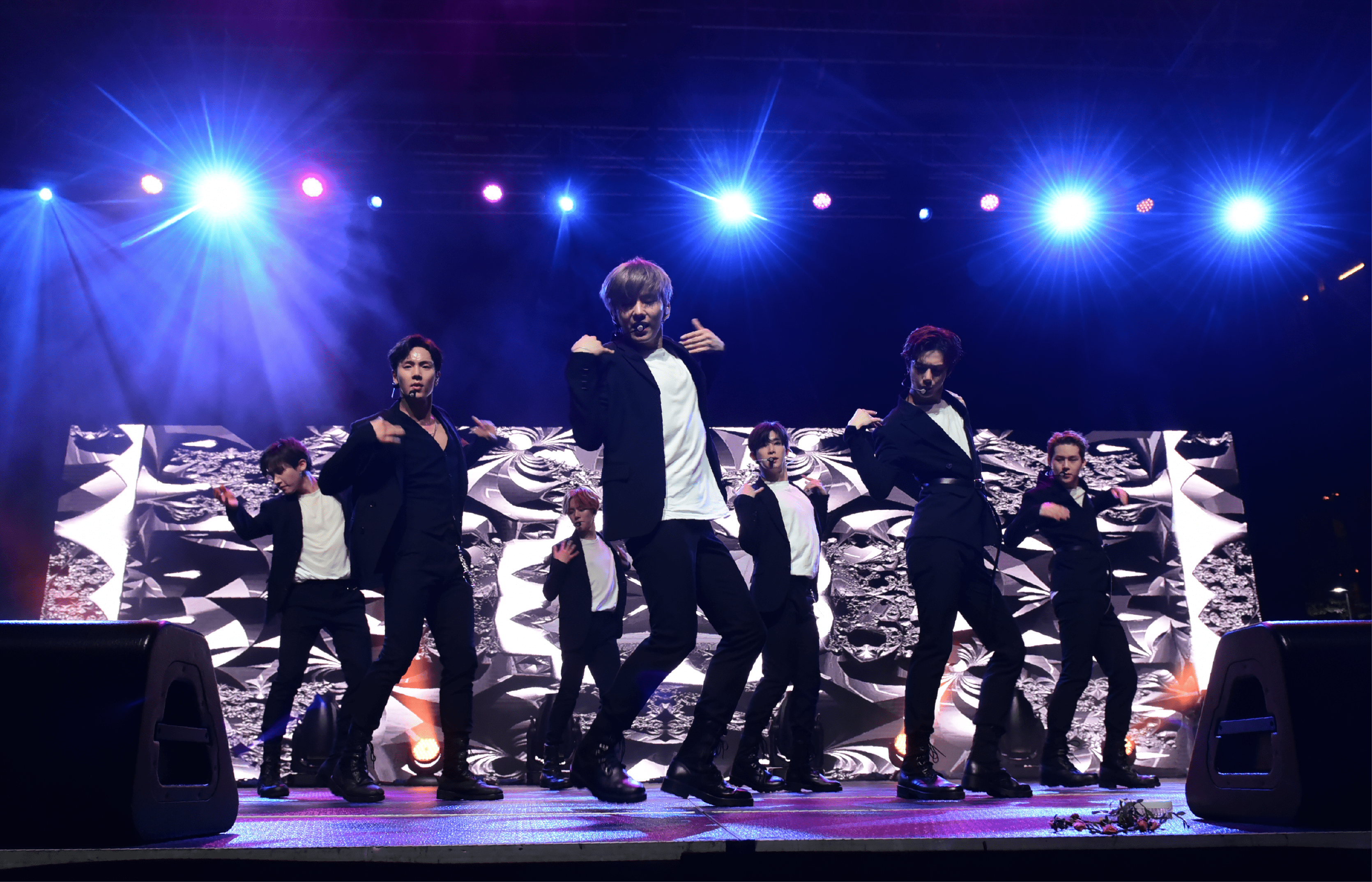 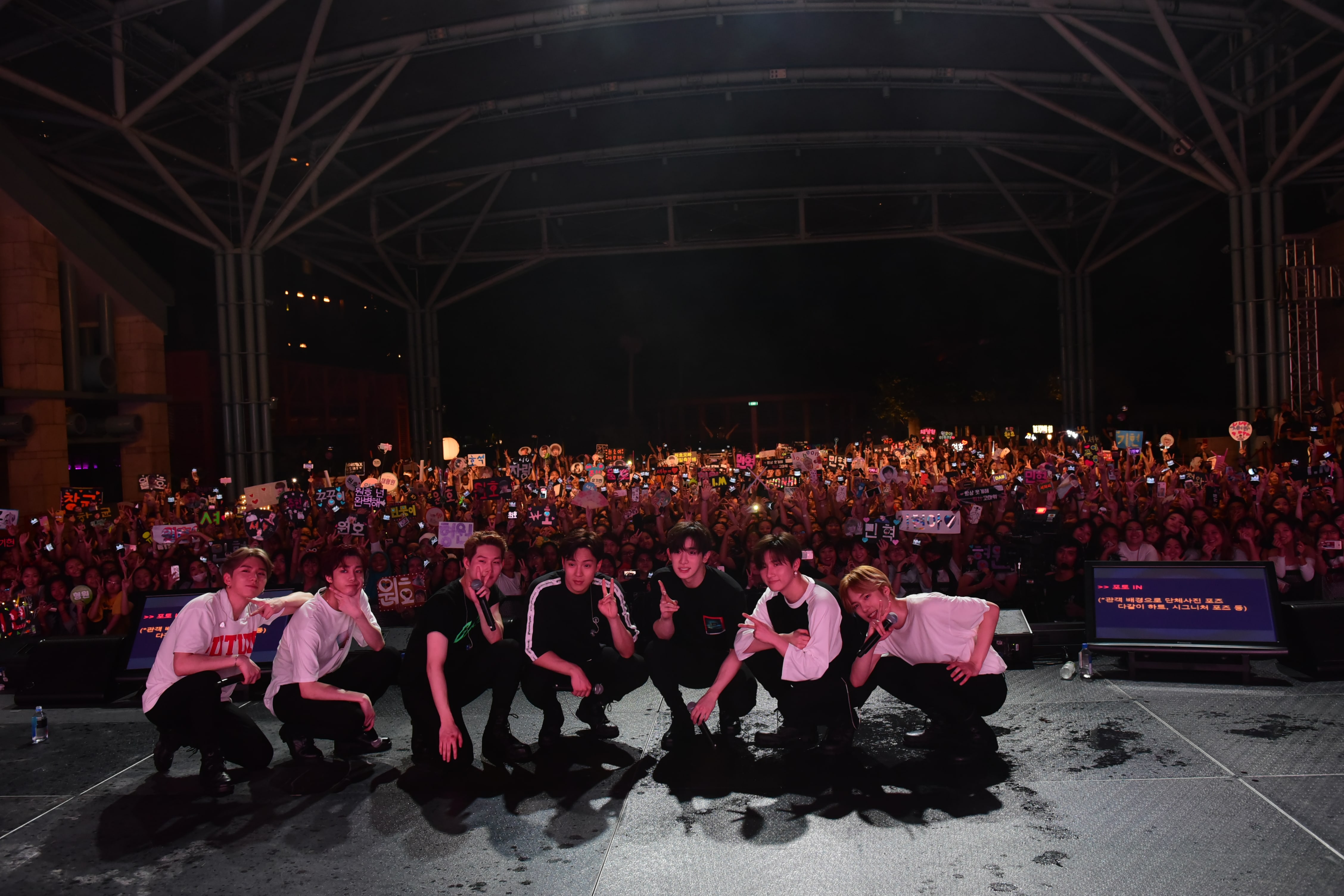 In their ending speech, the boys mentioned that they hoped to return to Singapore for their next world tour, and asked fans to not get bored of them if they return frequently. Hyungwon also added that he was really touched by fans who waited in the rain during their fan meet, which was held the day before.

Special thanks to UnUsUal Entertainment for inviting us down to the event!