On a recent episode of Mnet‘s TMI News, BIGBANG‘s G-Dragon was selected as the Korean idol with the most expensive cars.

So it’s no surprise that G-Dragon doesn’t drive just one luxury car, but three, not including his other less-used cars.

His first luxury car is a limited-edition Bentley. 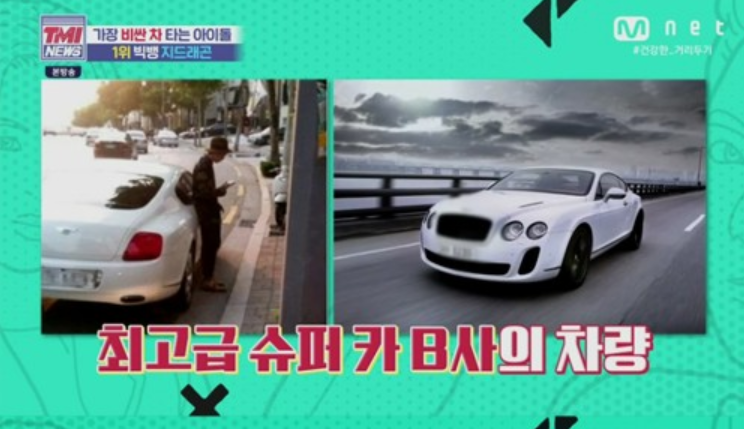 And his second luxury car? A Lamborghini. 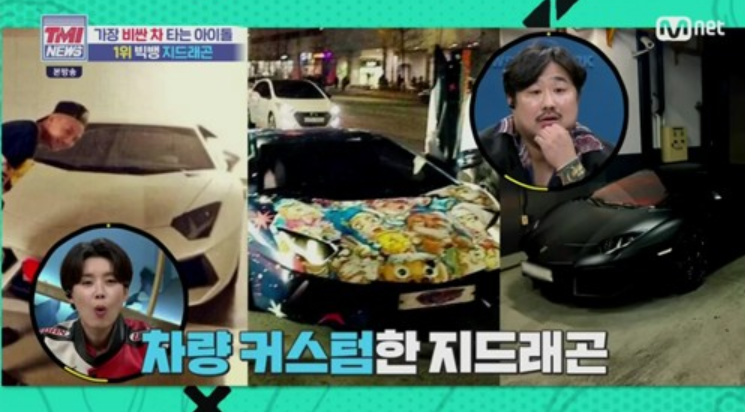 The price of G-Dragon’s third luxury car, which is a Rolls-Royce, is even more jaw-dropping. 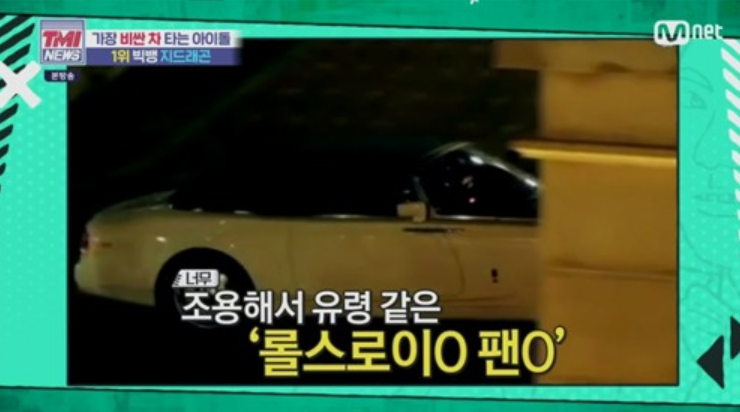 That means the total worth of G-Dragon’s luxury cars, not including his other less-used cars, is around 1.6 billion won (~$1.3 million USD). 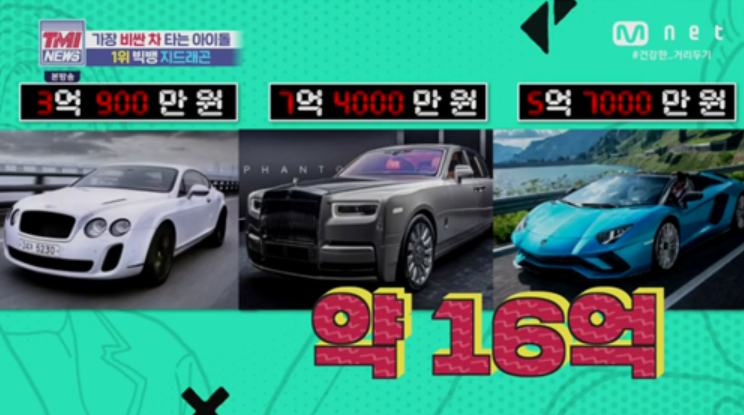 Netizens are expressing their awe with comments such as “Most people can’t even afford one of those in their entire lives, but G-Dragon has three“, “He’s at a completely different level“, and “I hope to be born as GD in my next life“.