BIGBANG‘s last release as a 5 member group was back in 2018, with “Flower Road”. Although the group has not been active together, they still never fail to keep their fans updated through social media. Member Daesung even started his own YouTube channel for drum covers!

However, a sudden activity from BIGBANG’s social media page got fans buzzing. Could new music be in the works? BIGBANG’s Facebook page had changed its profile photo all of a sudden on April 26, 2021. This is their new profile photo.

Their last update in terms of profile photos was actually 8 years ago in 2013. 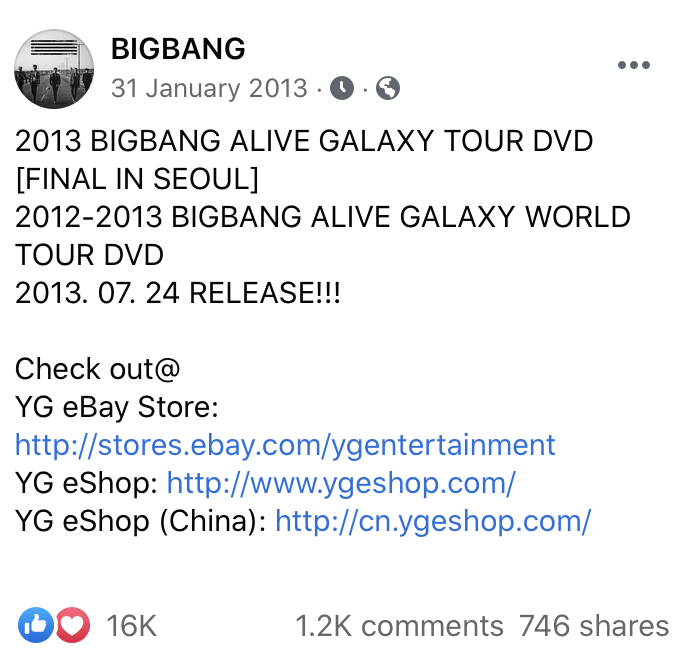 Back then, they had used this photograph of the group.

Fans loved the fact that they had included Seungri in the profile photo change, despite the fact that he had officially been announced to leave the group and the industry in 2019.

What could this sudden activity mean? Fans already know that G-Dragon has been working on new music from his recent interview, while the other members have also since been active on social media. Could we be getting a comeback soon? Watch this space!